One of my many ideas in progress has been to have some of the vehicles that are not typically modelled in 15mm - mainly to use in games of Battlegroup: Overlord.

One such idea has been to do a M5 Ambulance conversion from one of my (now spare) Plastic Soldier Company M5 Halftracks. The reason the model is spare is due to a change in the force chart for my Highlanders - previously the Pioneer unit had a M5A1 Halftrack for it's command team. However, in the D-Day allied book for Flames of War, this was changed to be a truck.

I'm going to use this newly spare Halftrack for my 17 Pounder A/T gun unit - meaning on of my PSC models is now free for me to try and be creative with.

I based this model loosely on this (yes, I know it's American!):

Having seen black and white pictures of such halftrack ambulances working with armoured units. 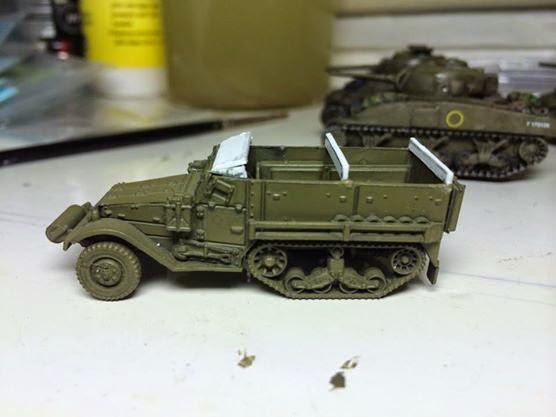 I quickly decided that this wouldn't work - the struts were not tall enough and I needed a platform to model the green stuff on. 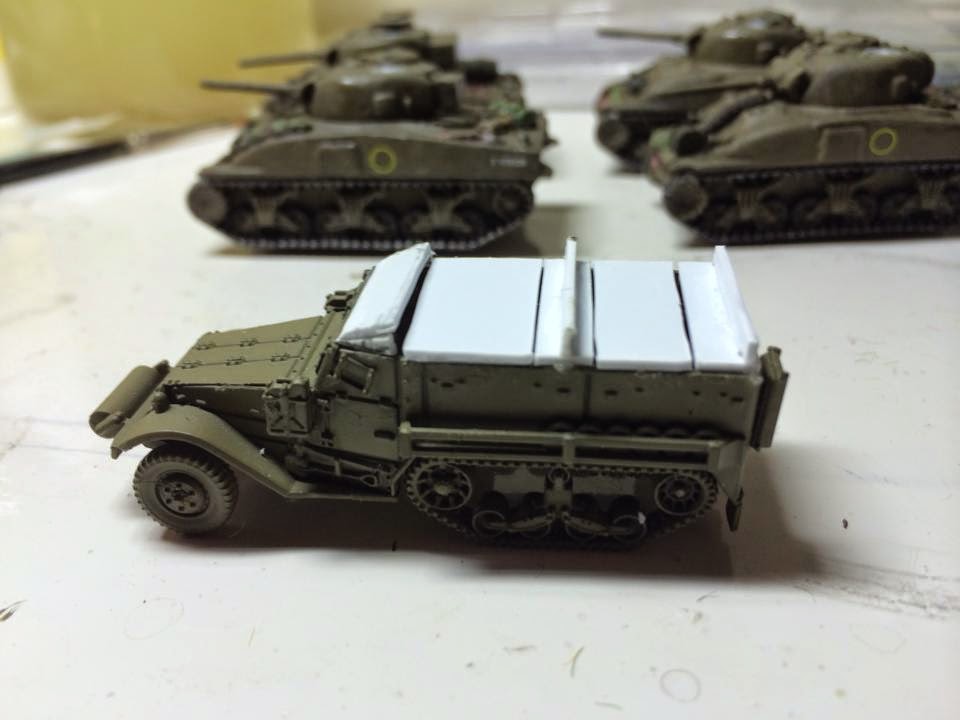 So I moved on to the above idea. This would give me the base I needed to do this: 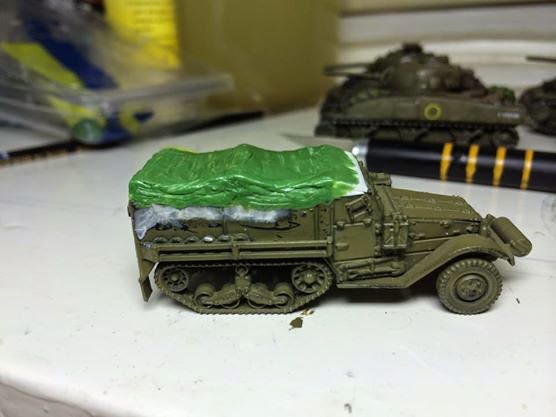 As you can see, the struts along the top give the green stuff ridges to rise to. I started with working on the sides of the canvas canopy first, and then filled in the centre. For this I was greatly helped by the modelling tools loaned to me by Paul. Which I've had for months and never used - sorry Paul!

The final version (so far) is this: 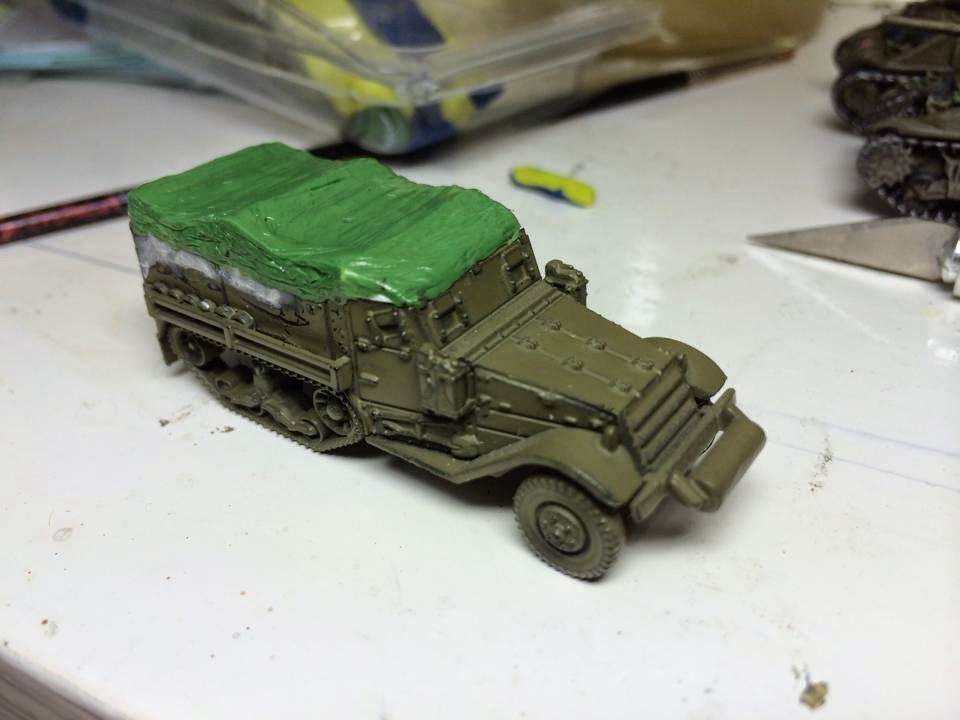 The next step is to try and get a hold of some British style red crosses (I think Skytrex does some). Then see how the whole thing looks painted! Not sure what unit I will mark these up as - another area I will need to check out. Suggestions welcome.

Also in the works is a Ambulance Jeep - will see how that one goes as well!
Posted by James MacCraggs at 22:25:00