From one little project to another!

Part of the Armoured Squadron OOB is a Sherman Armoured Recovery Vehicle (ARV). I purchased one recently from Battlefront to round out my Squadron Command Troop. One of these:


However... After buying this model I discovered by accident that it is wrong. The model represents a Sherman ARV mk.II - Which doesn't seem to have been produced in large numbers and which wasn't really used until the very end of 1944 - start of 1945.

The far more common ARV in British units was the Sherman ARM mk. I - as seen here:


This was basically a turretless Sherman V with a front mounted jib for things like changing engines and gun mantlets. The removal of the turret lightened the vehicle and increased it's power to weight ratio. As it was not a 'front line' tank, it did not seem to have any of the extra 'applique' armor plates on the hull.

So here's the work of the last few days: 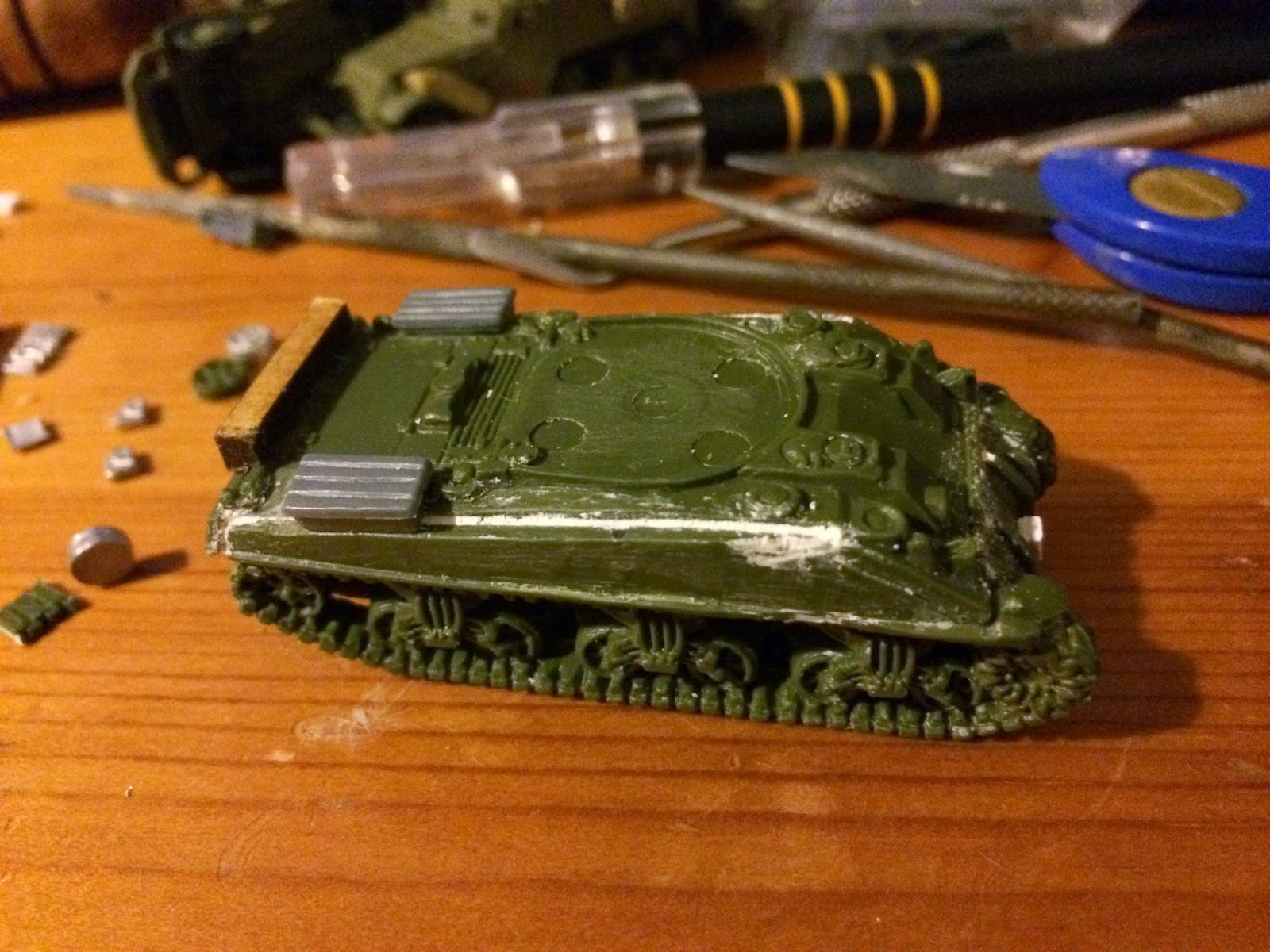 Base tank is a plastic (Open Fire!) Sherman with the armor plates on the hull removed. The white stuff is the filler used to plug the holes these terrible plastic kits seem to leave. Rear details come from plastic boxes from the old Open Fire StuG kits and a spare bit of laser cut wood. 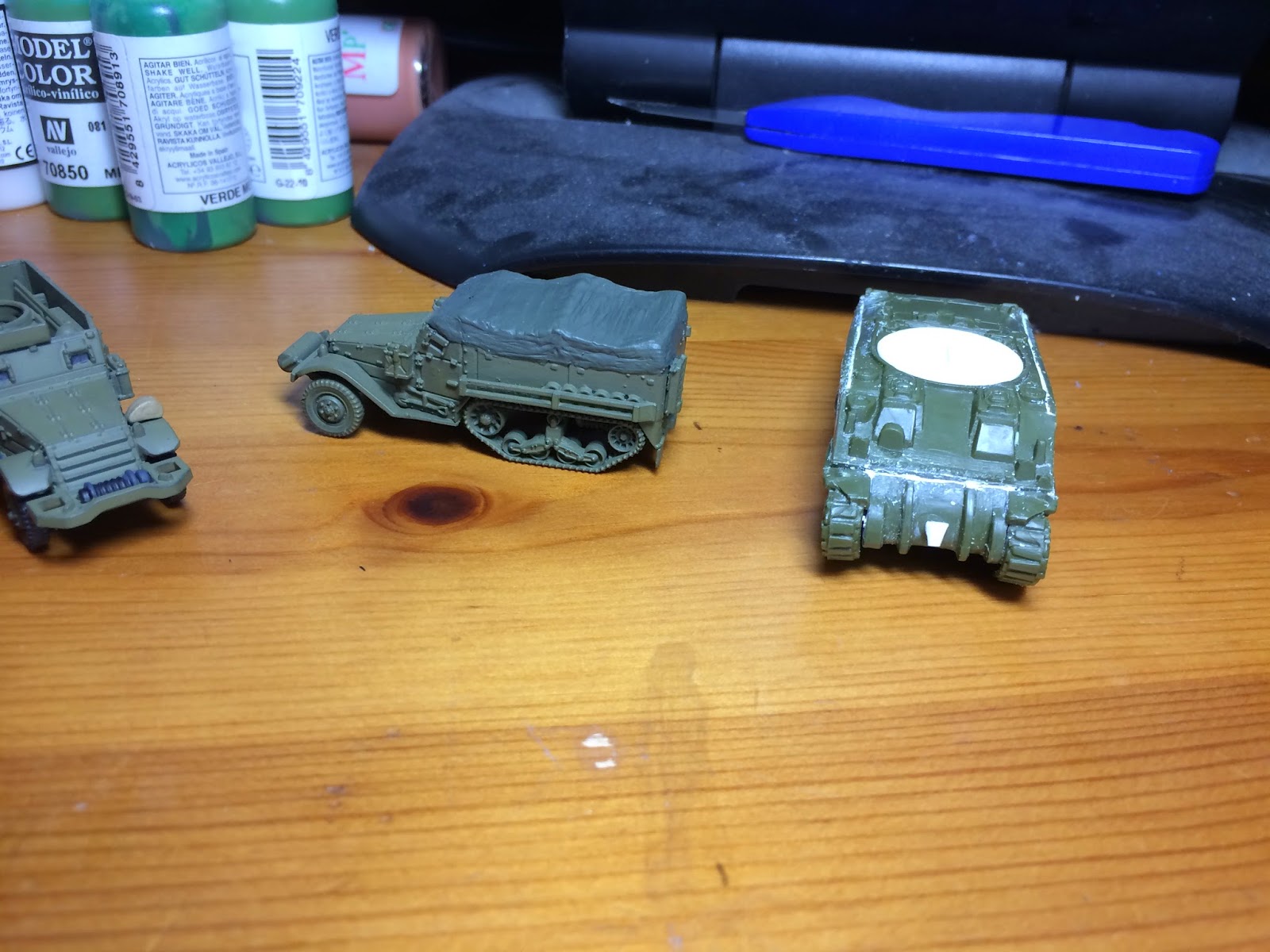 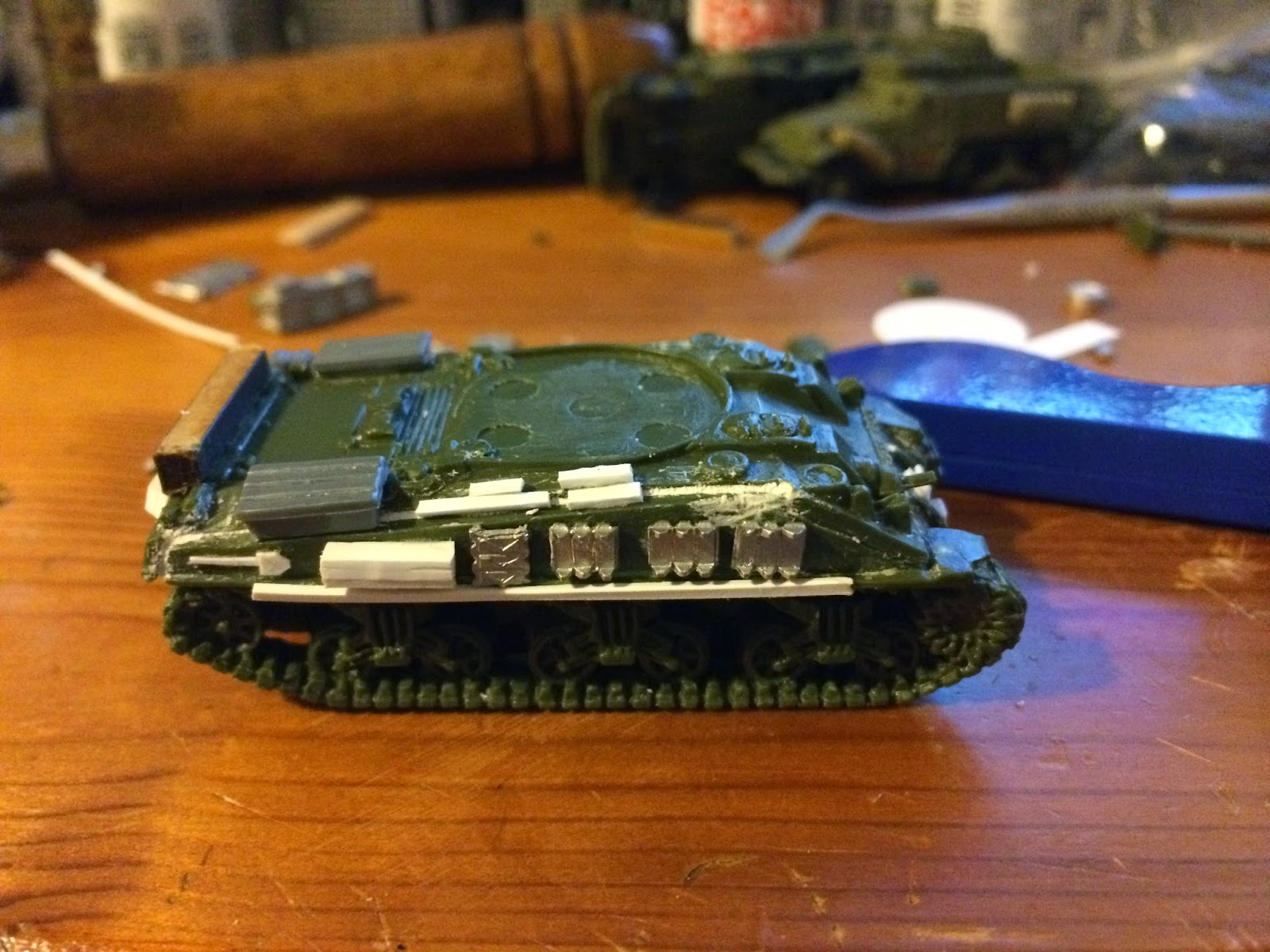 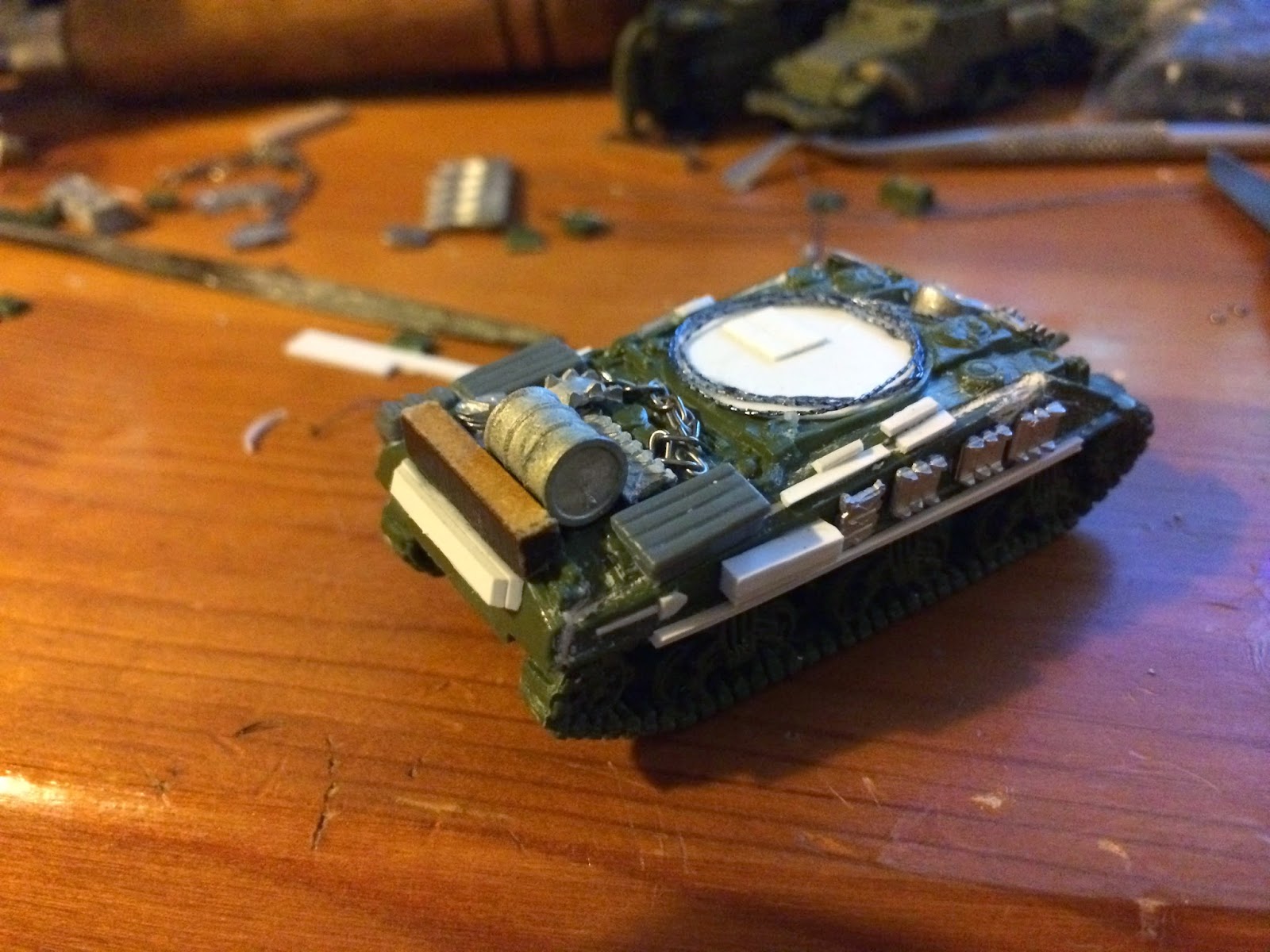 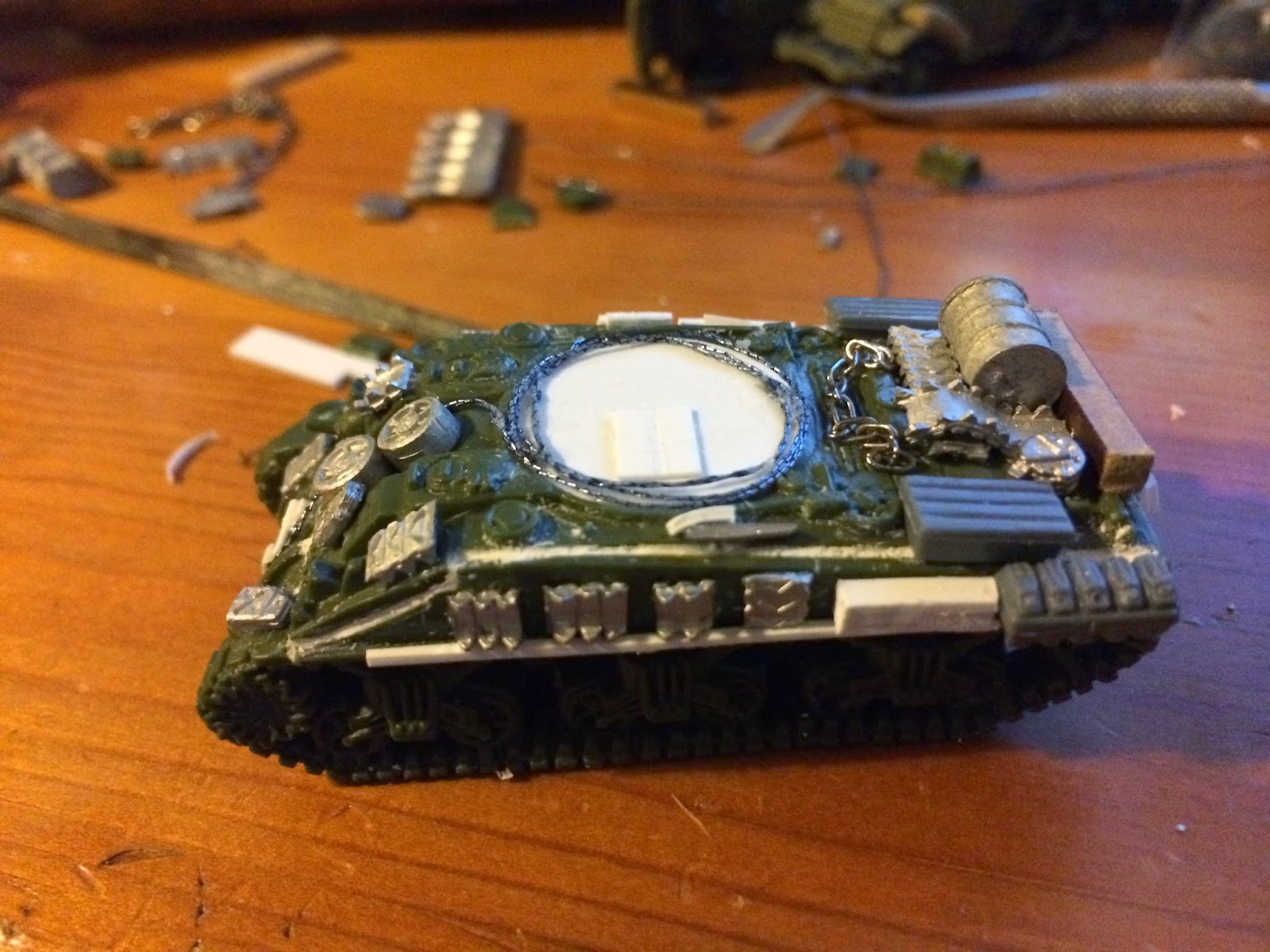 So that's it so far. Not sure how I feel about this one - I think it will look better painted, but it might still need some work to tidy bits of it up!