I managed to get my first actual challenge entry completed this week (aside from the bonus round entry of the Sextons). Sticking with my Gunuary theme, I took the easy option of finishing my towed 17 Pdrs. Not a huge amount of work in these as no crew to do!

These guns are from Skytrex and the first two were picked up after I spotted them on Ebay and decided it might be cool to do the guns being towed. I picked up another two from Skytrex, who offer them both limbered and deployed. A quick email to them confirmed that they would sell me only the limbered ones (instead of one of each, which is the normal pack).

'Brain Weasels' (and Dave D) are now telling me I should do the same with my 6 Pdrs... I know it's brain weasels as the thoughts always start with 'wouldn't it be cool if...'

One quick paint job and basing, and they are good to go! For the bases I decided to use the same large FoW bases as the deployed guns. In my head if the towed guns were put under an artillery template it seemed sensible that they be the same size base as the others - as in game terms they are the same model/unit. 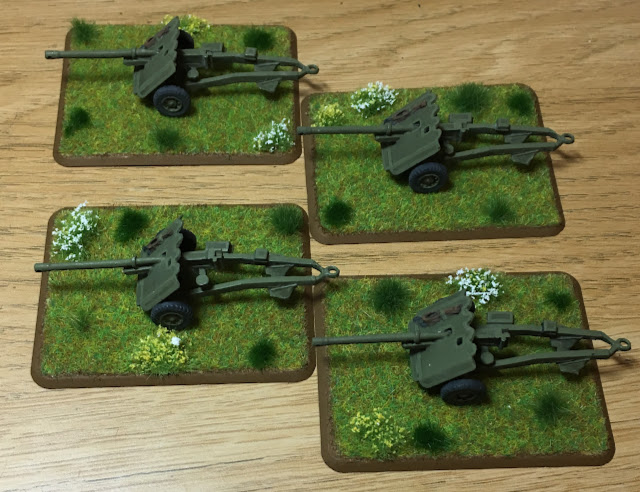 The idea behind these gaming wise is that if the guns are being towed I have a model for this, and a seperate model for them deployed: 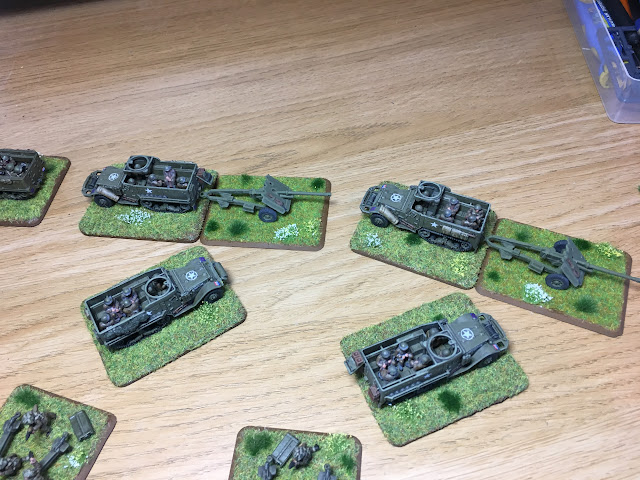 Unfortunately time and different brands of static grass have resulted in slight differences in the shade of the basing. Not much I can do about that, I think. I could try some watered down PVA on the old bases and re-coat with the new static grass. Not too sure it's worth it as I suspect that the colour has just faded in the light. 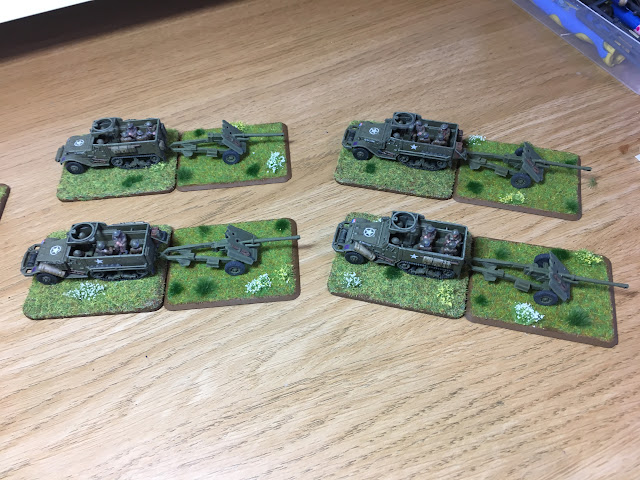 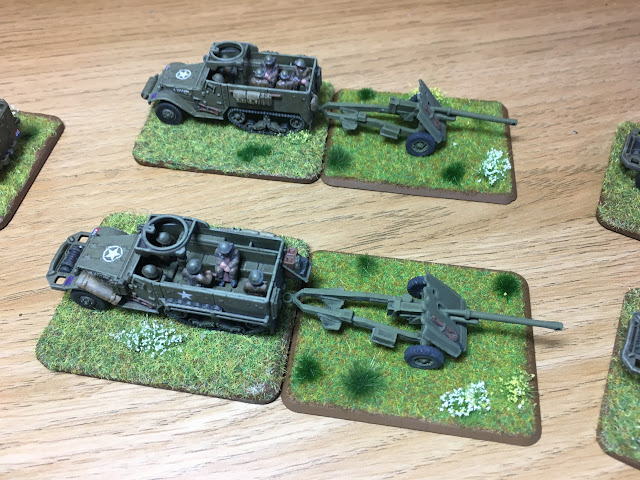 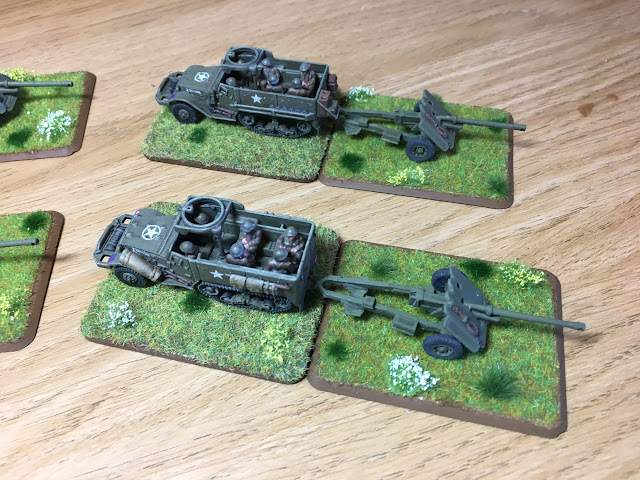 Work progresses on the 5.5" guns and I hope to have there done by next weeks submission date (Thursday). Once these are done I'll be starting on my bonus round entry for 'east' - probably either some 3mm Soviet helicopters or some 6mm Soviet armour. Then back onto artillery vehicles for 'Gunuary'.
Posted by James MacCraggs at 16:15:00