Attempting to get back into the swing of things and actually pick up a paintbrush again after a bit of a hiatus, I started small and decided to tackle the Kubelwagons as a small unit which wouldn't take too much effort.

Big shout out to Matt Varnish for getting me onto a paint and chat, which helped me get the ball rolling again.

These three vehicles are from Battlefront and will provide transport for observation/artillery spotter teams, command teams or set dressing. 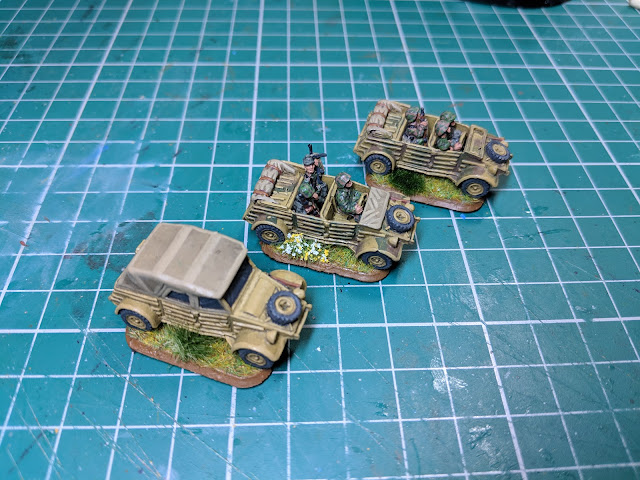 All three have got SS markings in the form of SS registration plates. There's no decent flat surface on them for any other markings, so I've just mixed up the crew a bit.

As per my other SS models, the crew have a mix of camo patterns and a couple of the figures had some green stuff conversions to give their helmets SS style covers. 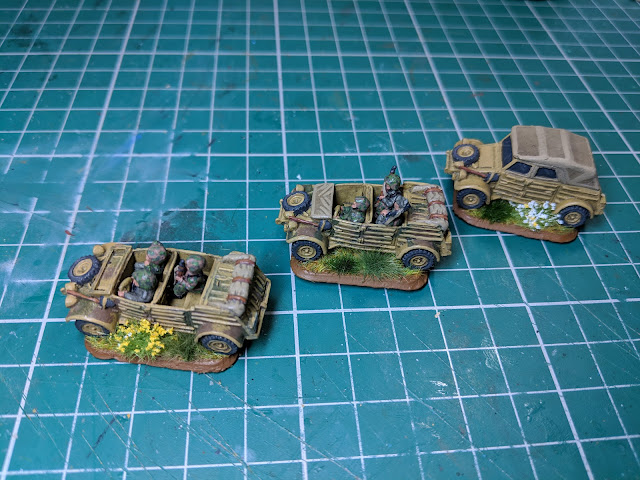 A nice little trio of vehicles, that got me motivated to start working on the StuGs. Those have now been blocked in and washed, with the next step being highlights. 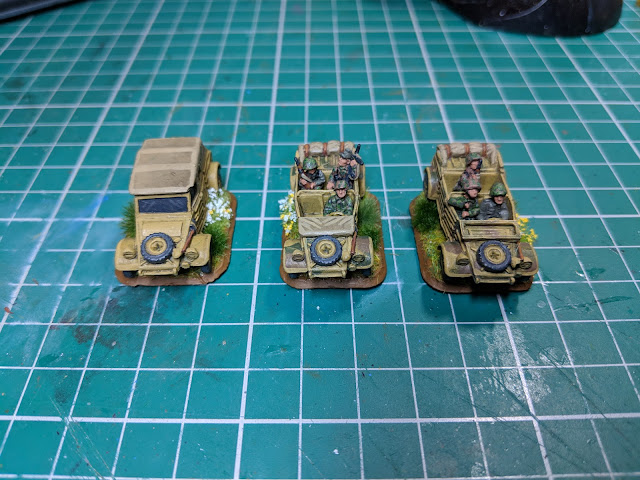 Hopefully the StuG's will be finished off soon! 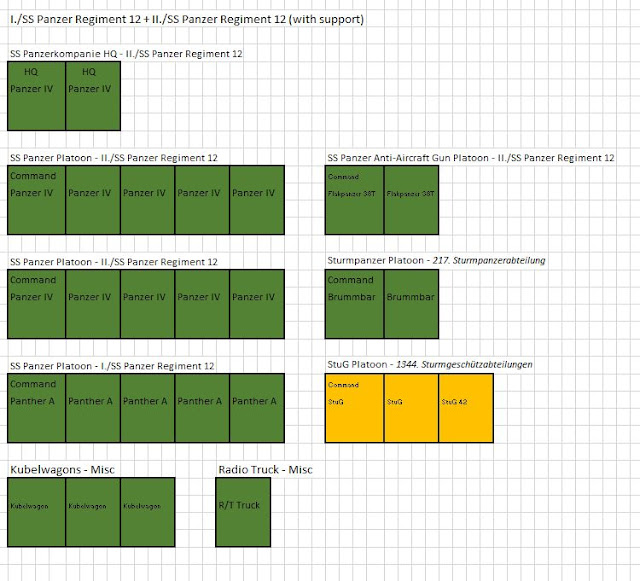