A bit of a delay since my last post. A mix of being on holiday and not painting a huge amount.

After the last batch of WW2 mini's, I decided to do something a bit more arty and unusual, so started work on a couple of 3mm scale 3D printed titans acquired last year. I used some of the Vanguard Stalker arms, which with a bit of whittling I got to fit. These have been painted up in a similar style as the Vanguard Cybershadow 3mm Stalkers I previously did. These are in my version of the Legio Praesagius colour scheme. 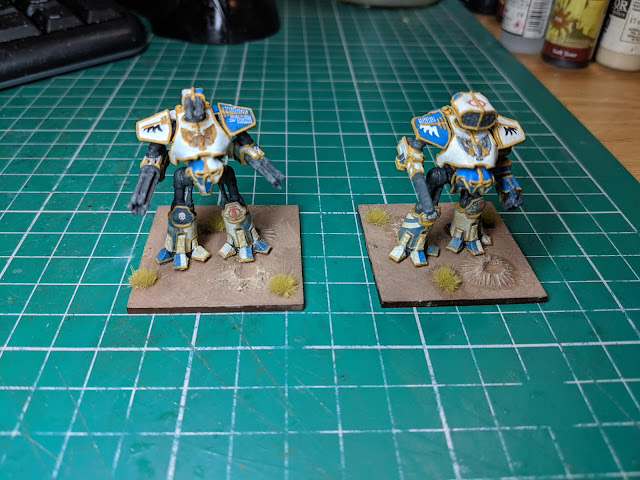 I used some 40k decals I picked up on the cheap to add some interest. 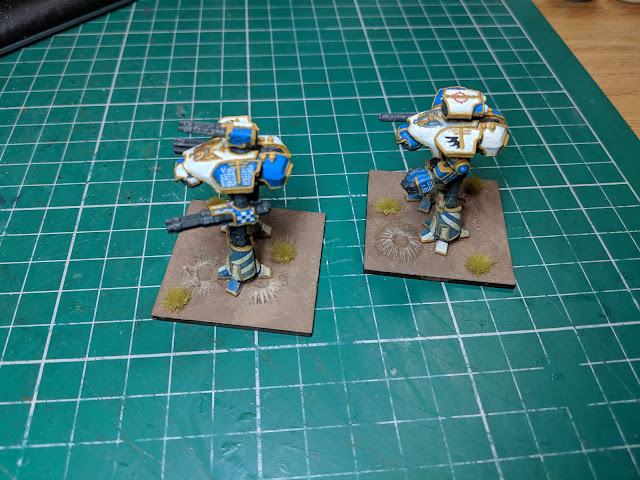 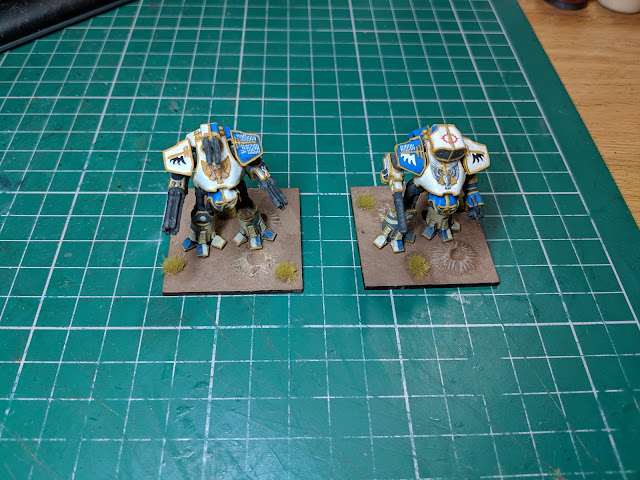 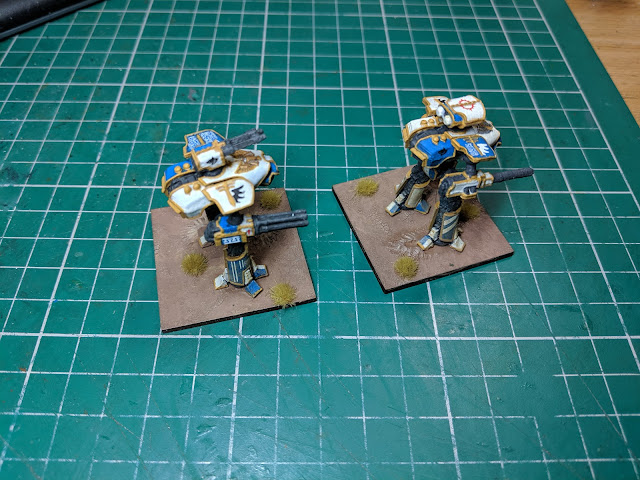 I'm not sure they look too great in the pictures, but they look a lot better on the table. I've now got 6 of these 'medium' scale robots, which I plan to use for Vanguards own rules and a 3mm version of Titanicus.

Painting wise, that's been it. I think the potential house move in September has put a bit of a dampener on my painting mojo. I've not mentioned it here previously, but in addition to the move, I'm going to be a dad again in the autumn. Suffice to say all this is having an impact on what else is happening with my time! I am planning to clear some of the stuff on my painting desk before the move though.

This year for holidays we were down on the south coast, in Hastings. 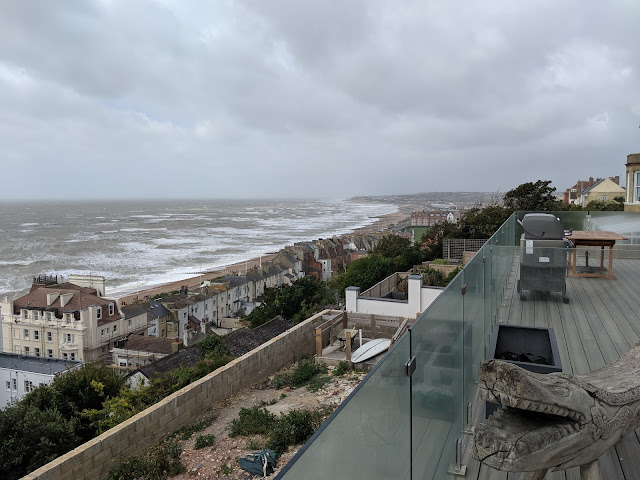 As you can see, the weather was rather changeable!

I did go on a visit to Battle, the supposed site of the Battle of Hastings. Bit of a waste of time and money, to be honest. I didn't find the information available about the battle particularly interesting (in all honesty, the Bannockburn museum was smaller and far more interesting and interactive). I was particularly annoyed to find, having paid the extortionate entry fee, that a large part of the abbey is a private school with no access to visitors. Money goes to money I suppose.

On the journey down to Hastings, I had the opportunity to stop by a proper museum in the form of the Imperial War Museum at Duxford. Properly cool (although a very warm day)! Here I had the joy of a Mustang and a Hurricane being towed past me as I walked through the museum. I took so many pictures by phone died. Some pictures below:


Whilst on holiday I picked up a book on the 8th Airforce and one for Dave on the rise and fall of the Mahdi's. I managed to build 3 M5A3 Stuarts for my Poles, along with several 28mm Necromunda Goliaths. Back to work this week though...
Posted by James MacCraggs at 00:43:00