Looks like my Rapid Fire game this weekend has been switched to a Flames of War game. My Brits against Young Davids Germans.

We had agreed on 1000pts, but with the extra players David has said 'just bring everything'. I'm not too happy using unpainted stuff oddly enough, but counting what I have painted and what I can use that's unpainted but mobile enough my army comes to 2540 points.

That's not including the breaching group, AA units and a few other bits and bobs (like 2 guns from the 6 pounder platoon, Heavy Mortar platoon, etc).

As mentioned previously, I also have done a little more work on the Sherman Crabs. 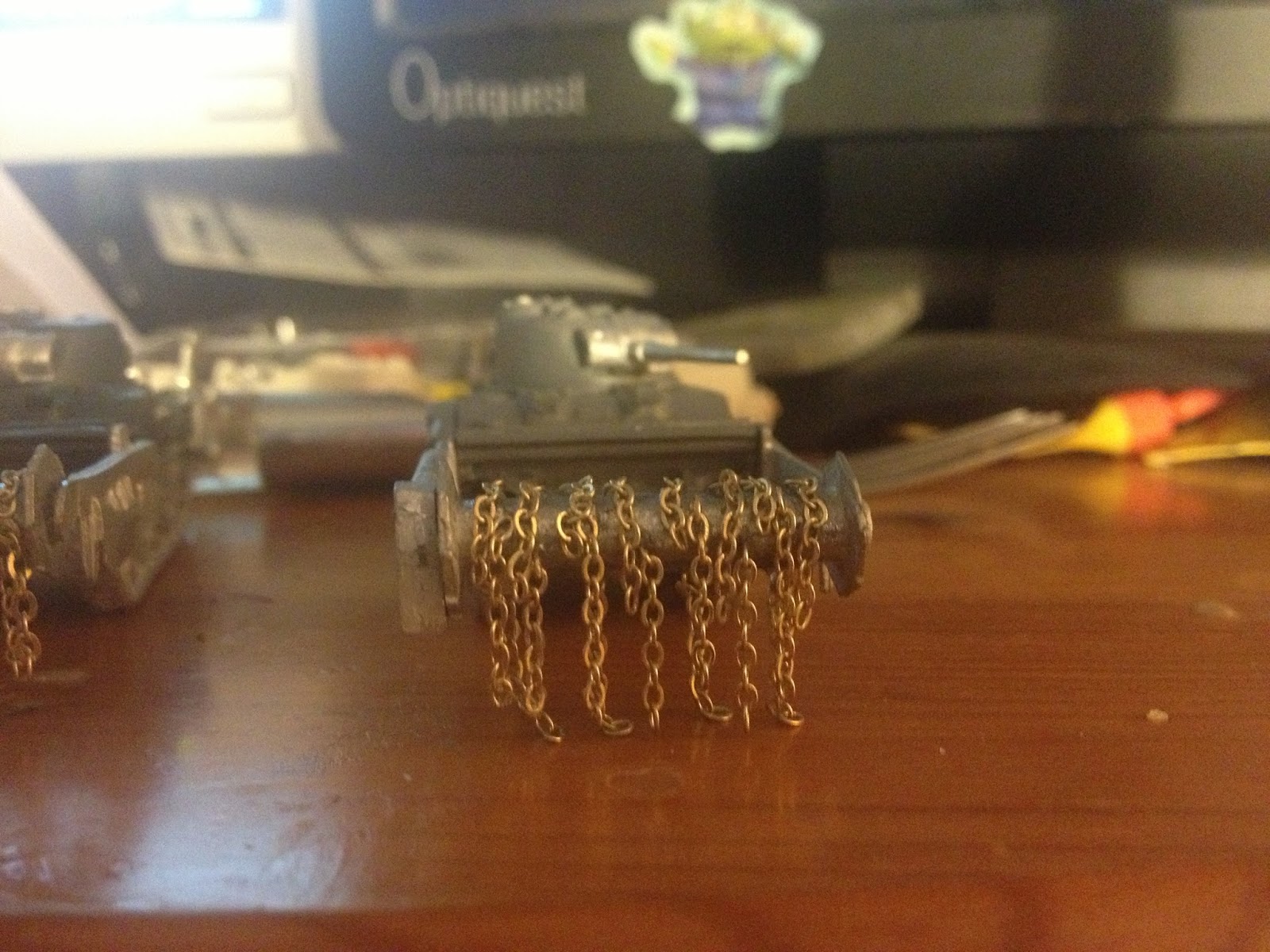