Lack of updates recently due to me entertaining/traveling all over. 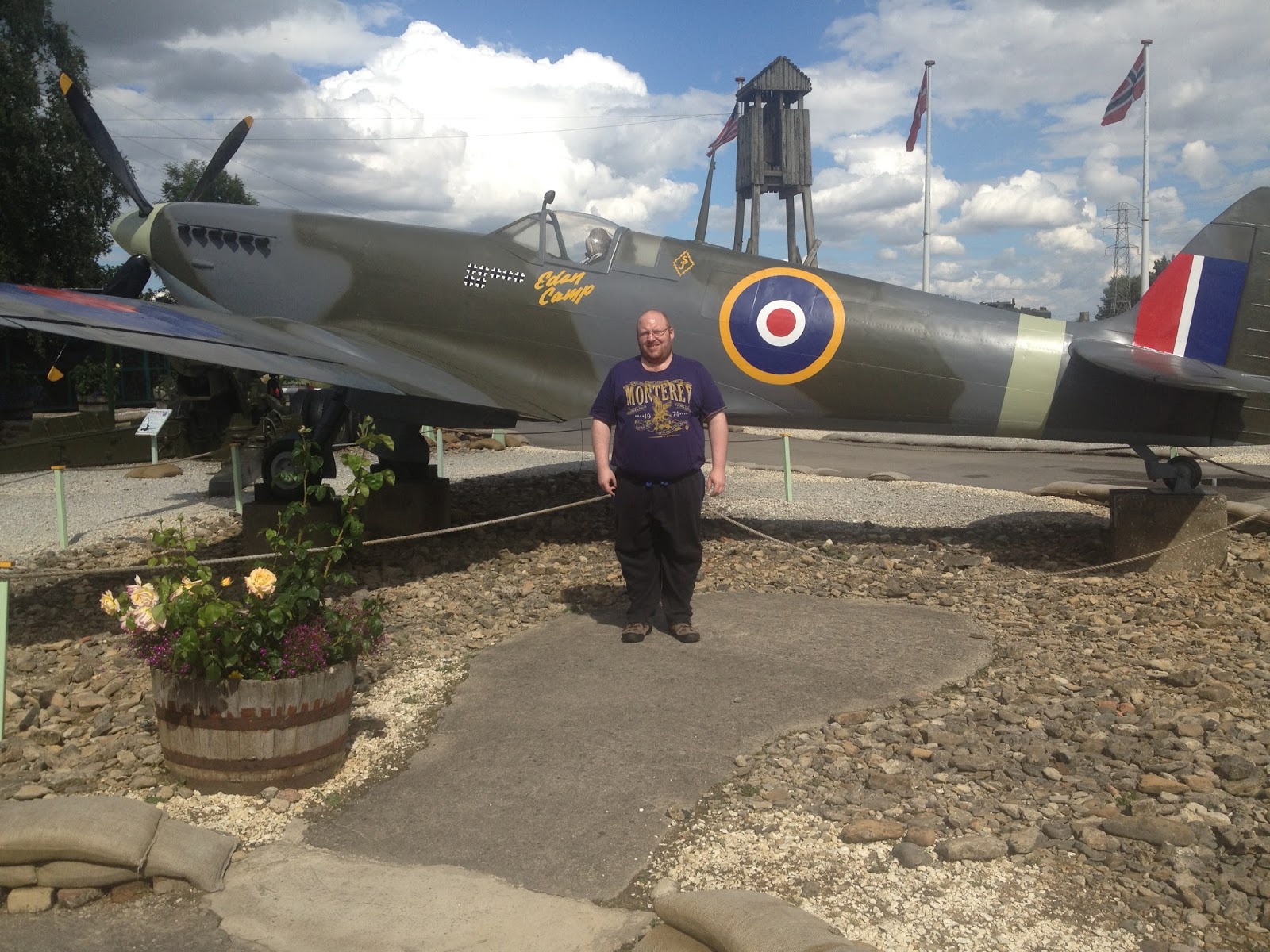 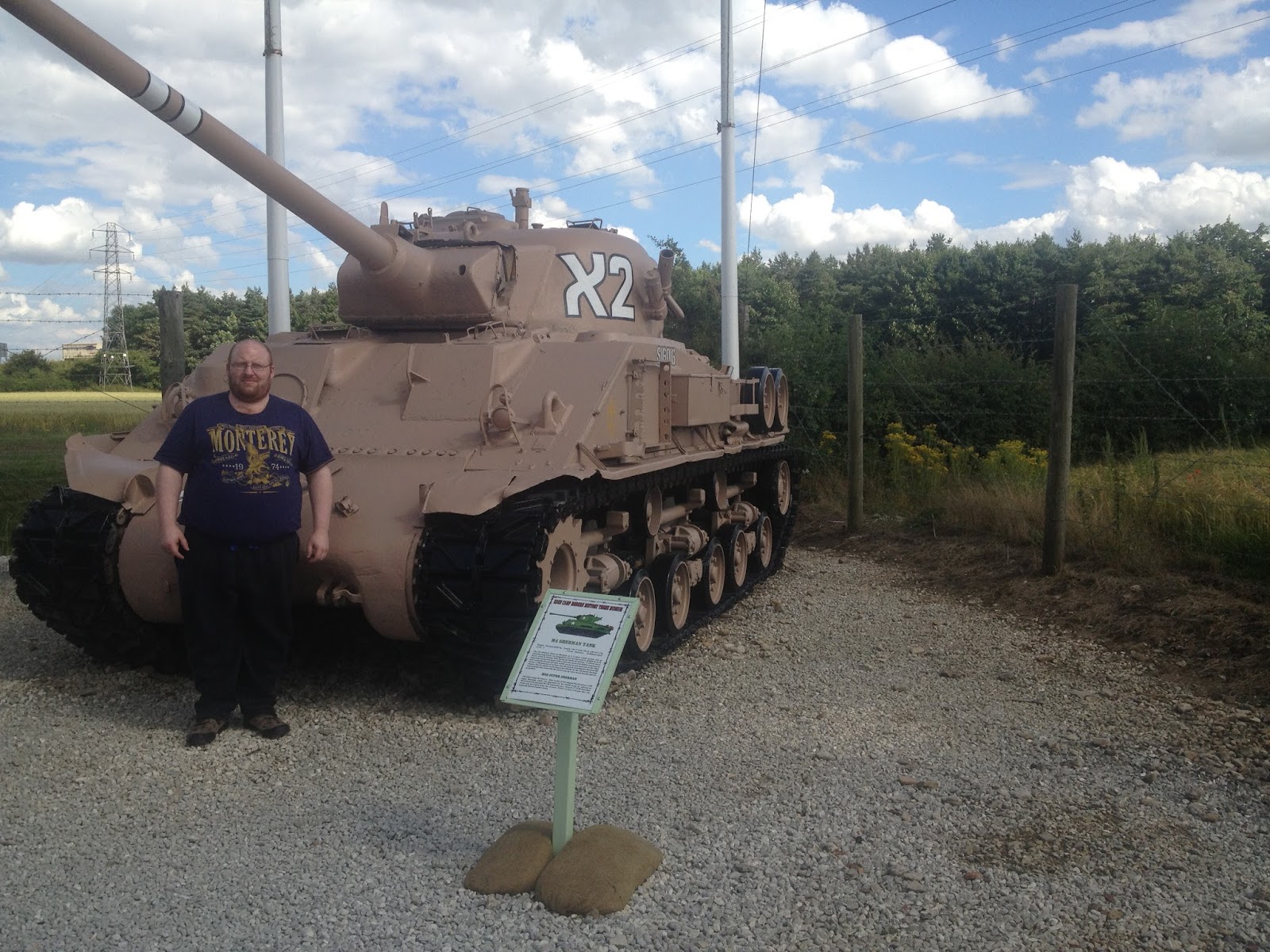 These were taken at Eden Camp. I was really pleased to get up close with an actual Sherman, even if it was a very late model one (an Israeli M-50 Super Sherman I think).

Back home and yesterday I went a jaunt into Edinburgh for my third Wargame show this year. Claymore was certainly on a bigger scale than the Glasgow show, although I actually felt it was slightly smaller than Falkirk.

With so much waiting in the wings to paint, I focused mainly on some books I had wanted. Namely the Battlegroup Kursk mini rule book from Iron Fist/Plastic Soldier Company and the Battlegroup Overlord supplement. These are both very interesting and need a bit more than a quick skim through to comment.

I also picked up British Armour in Normandy by Ludovic Fortin - great addition to my collection, and I was especially pleased at a few pictures of 144RAC I hadn't seen before.

Lastly, I picked up the D-Day rules pack from Battlefront. I had looked at this on and off since it came out and although it was an expensive purchase, I went ahead and picked it up. Inside there are a lot of army lists, including a revised and updated one for the 51st HD. I am a little bit annoyed at this, as I have been building my force using the .pdf version, and the army list in the book is different. Not vastly so, but different enough that a couple of my purchases seem to be redundant - and surprise surprise I also need to make some additions.

Big annoyance has been that the options for the recce unit are either the Daimler A/C's with Daimler Dingos, or Humber A/C's with Humber LRC's. Thankfully the Daimlers and the Humbers have the same stats, so I will use the models I have and do a 'counts as'. The Pioneer platoon no longer has a half track (so one M5 Half track I had no need to buy) but thankfully I have spare 15cwt trucks. The breaching group is now a unit on it's own with 1 Sherman V (ordered a plastic one via ebay), 2 Sherman Flails and either 2 or 4 Churchill AVRE's with an option for an armoured bulldozer.

The biggest annoyance though is that 33AB and 144RAC are no longer represented in the rules. There seem to be no British armoured units in the book that can have the Sherman I in squadrons of 4. I had a look and one option allows confident trained Sherman II's with the correct squadron size, so I guess I will have to use these (again 'counts as' but again there is no difference between the versions of Shermans).

Pluses are that the HD can now use SP A/T and A/A units, and that it is possible to have both 6 Pounder A/T and 17 Pounder A/T guns in the army - both as Reluctant Vets.The Bofors units are now in 3 batteries of 2 (instead of 2 of 3) which means I can now use all of those models.

My other purchase was a pack of British 4.2" Mortars. Carriers for these will have to wait.

The show itself was interesting with some great demo games - tellingly, there were very few retailers selling 15mm WW2. A sure sign that the scale+period is going out of fashion.
Posted by James MacCraggs at 18:34:00