While watching the last few parts of the EVE Fanfest footage I started work on the first Full Thrust ship I have painted in about 7 years. But first, as I enjoyed it, here's CCP's new Trailer for the game I've been playing since 2005:


Anyway, onto my own work. The ship I'm painting is from GZG and is in the webstore as FT-331A and is listed as being a Tractor Unit. I've two of these models, and both of them have a train of cargo containers. One I had set up with a larger engine unit at the rear, making it FTL capable. However, I think this time I will be trying to have one of them set up so that connection to the 'trailer' is optional.

I really struggle with painting a scheme for anything sci-fi without having some sort of reference material. Whether that be someone elses scheme or something that I have linked my ships to. For example, I see my Pirate ships as being individual and high performance extensions of manhood... so they are generally painted in sports car colours.

For the Tug I went for Lorries (or Trucks, to my American readers). One of the iconic haulage companies on the roads and motorways of the UK is Eddie Stobart, who's lorries all sport a green, red and white scheme. 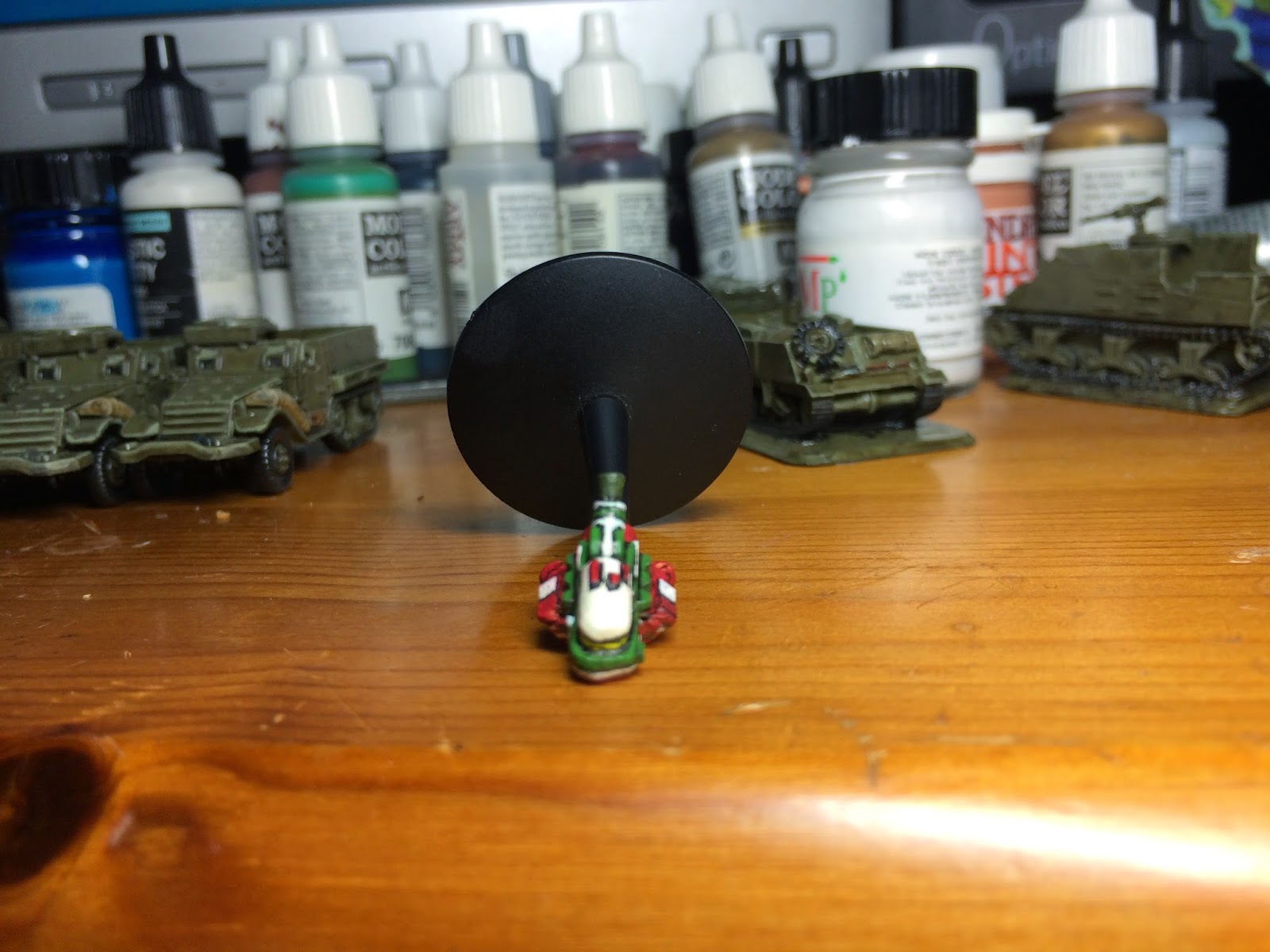 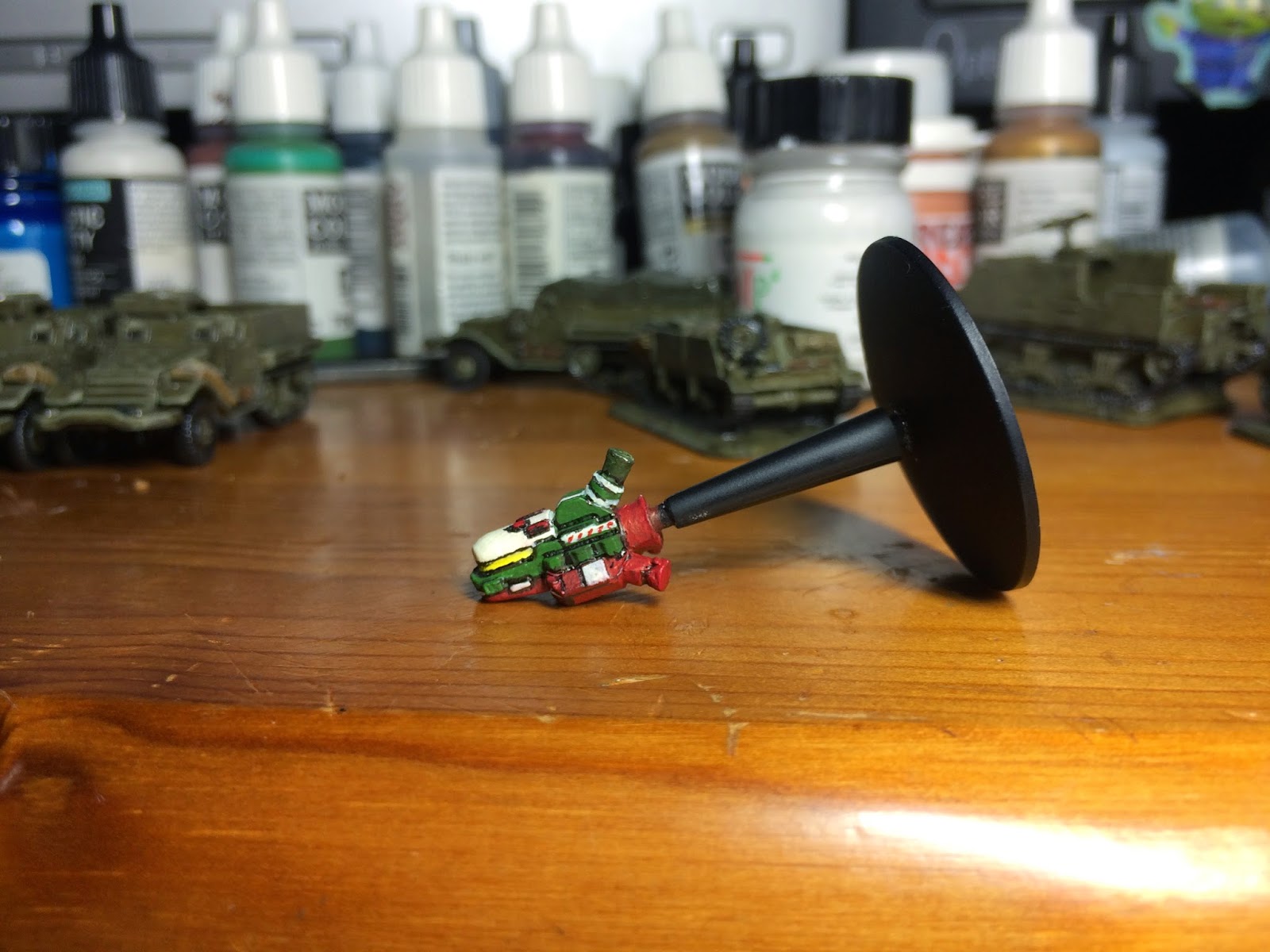 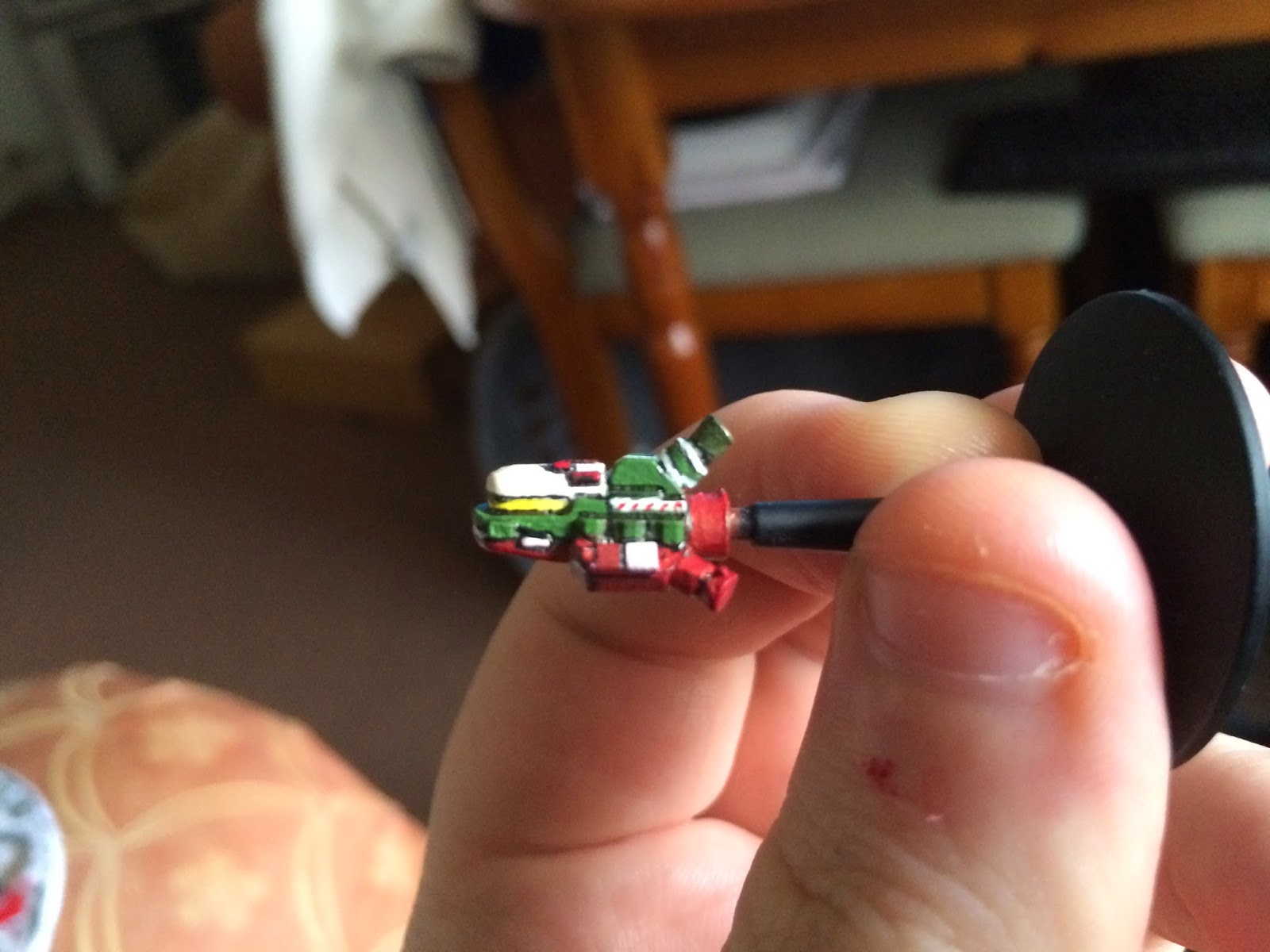 I still want to do a final highlight and the engines. I also haven't quite decided on how I am going to mount these mini's. Likto flight peg toppers are on order.