A couple of weeks ago now I got along to my new regular gaming group 'The old Guard Wargames Club'. We're currently meeting on a regular basis at various venues around Darlington and Catterick, with the last club meet in Scruton (near Darlington).

I had arranged a game of Flames of War with 'Stig' and we both brought along 1500pt forces.

A table was set up, using my current scenery collection (still looking a bit sparse) and we played 'hasty attack' with me as the attacker. Some pics:


The mission involves the attacker setting two objectives in the defender (Stigs) half of the table. The defender then deploys, the attacker removes one objective and deploys (roughly - the order of the last bit may be wrong. We followed the book on the night). I deployed strongly in the centre and my left, making it look like I was going to push on the objective in the town. However, I removed that objective and double moved most of my central armour out to the right flank.

Stig decided to keep most of his anti-tank assets (Pak40's, Stugs and Panzer IV's) in reserve, and started the game with only his infantry guns on the table. He then failed reserve rolls for 3 turns, meaning there wasn't a whole lot he could do to my tanks. His mortars and snipers kept my infantry pinned down and inflicted a lot of casualties on me, but I kept pushing up the right flank - struggling to get my tanks through 2 hedges and over the railway line. Eventually I got my tanks over, in order to threaten the objective. Stig eventually managed to get his Panzer IV's on and took out a couple of tanks, while moving his infantry into cover of the woods. Neither of us realised that 'control' of an objective was being within 4" of it - and my Shermans were within 4" while his units were further away. Stig tried to stormtrooper his infantry back, but failed the roll. He then tried to stormtrooper his tanks forward, but failed the roll. At the start of my turn, despite my advance looking very tenuous, I had won.

Great game, we both learnt a lot and will keep reading the rules.... nice to see so much allied armour on the table - we had discussed it before hand so Stig knew what I was bringing.

The other table at the club had a game of (I think) 'Too the Strongest' - which looked like a simple and fun game. 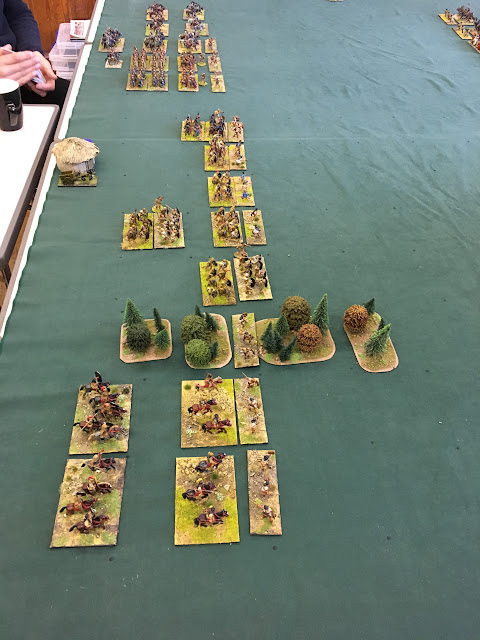 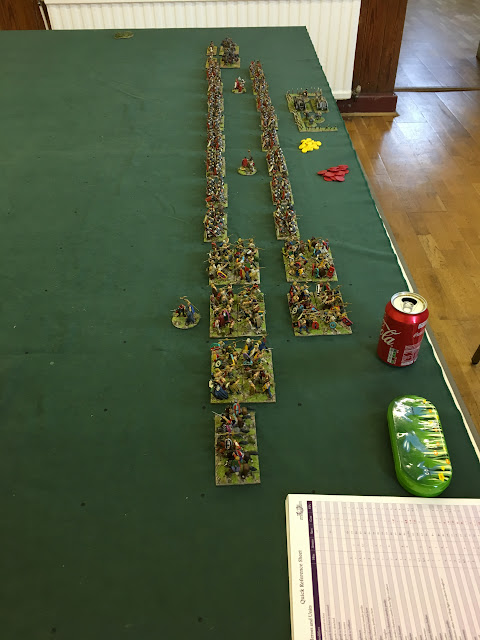 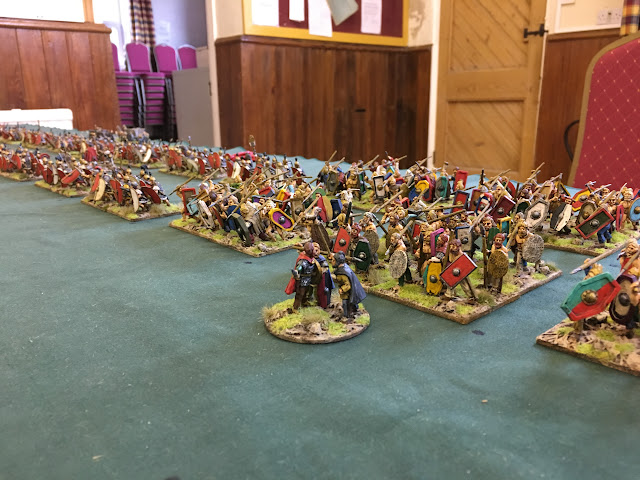 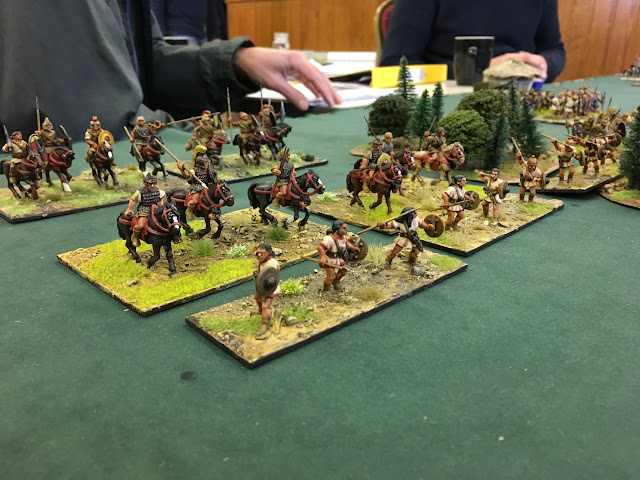 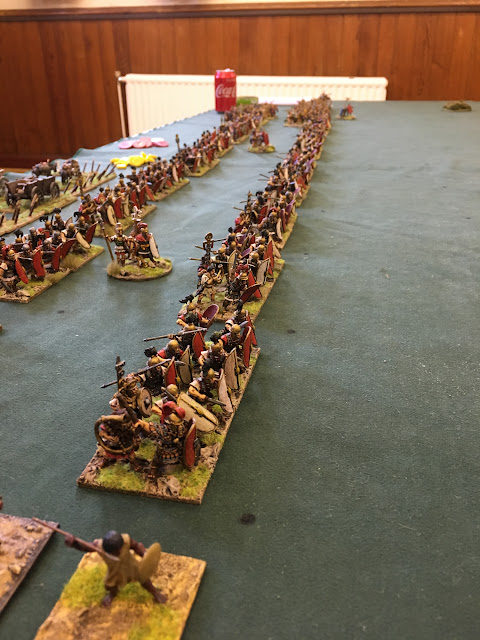 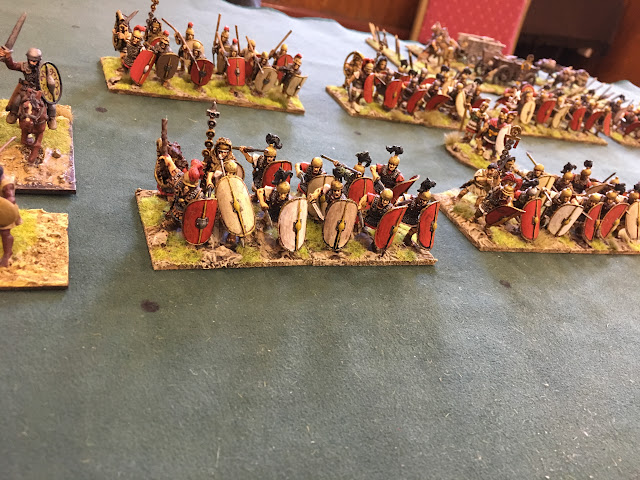 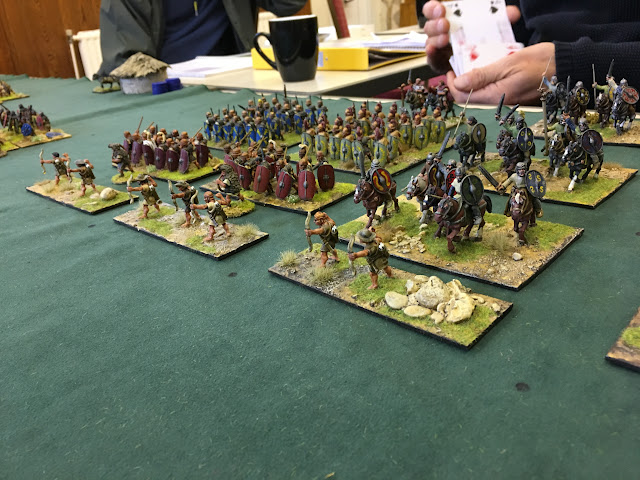 Anyway, another games day down and looking forward to the next one. Plus, next weekend is the Stockton show!