A tiny little bit still to do on these - mainly crew to add to the tanks and the steel paper to put on the underside of the bases. But other than that, I'm calling these three done! 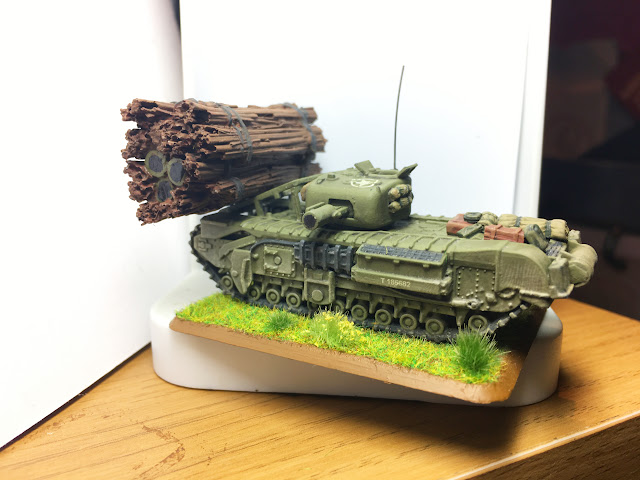 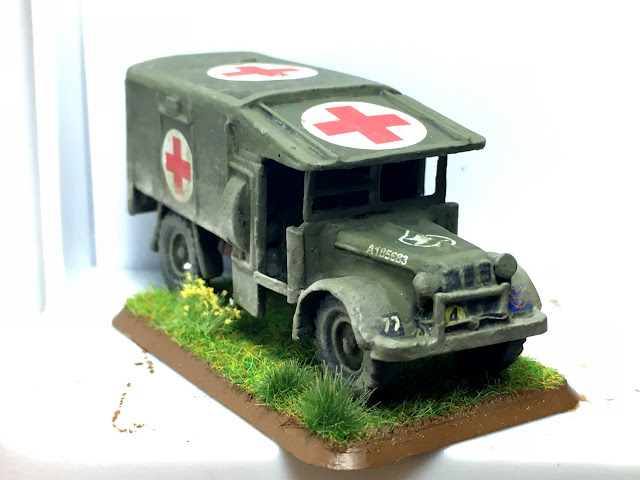 I've a couple of blog posts to do specifically showing off the parts to each kit, but initially these are all 15mm models:

I've used mainly Vallejo paints on these, with a couple of different varnishes and my own 'magic wash'.

The SBG Churchill is magnetised in order to make both the bridge and the base removable. This allows the bridge to be deployed and the tank to be moved to a smaller size base. 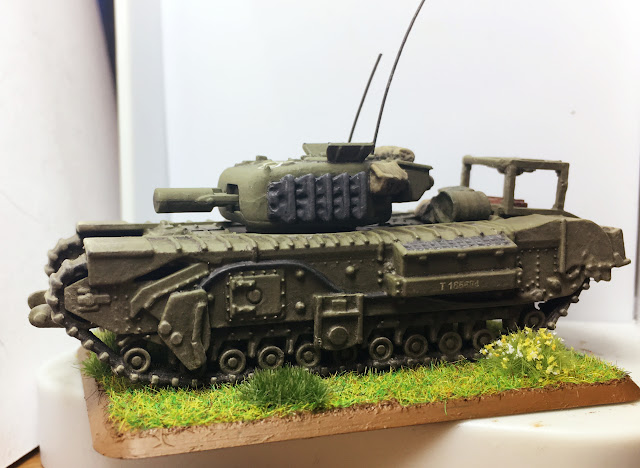 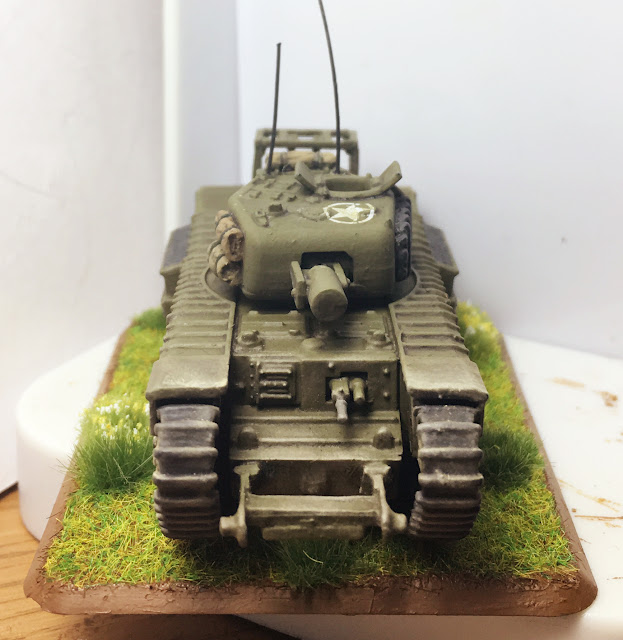 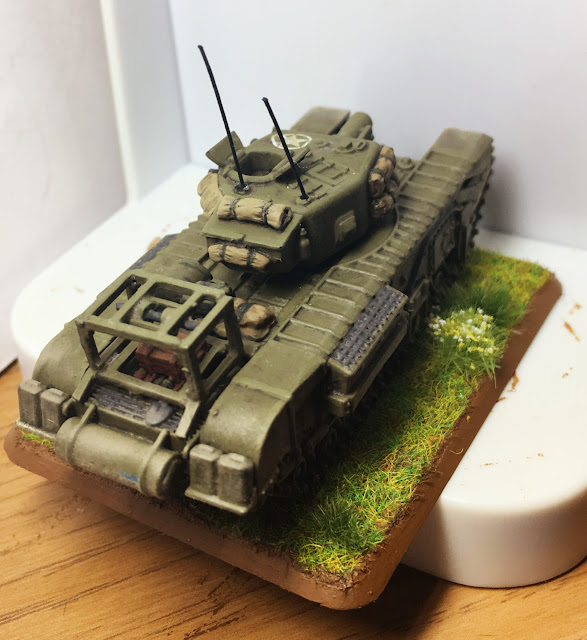 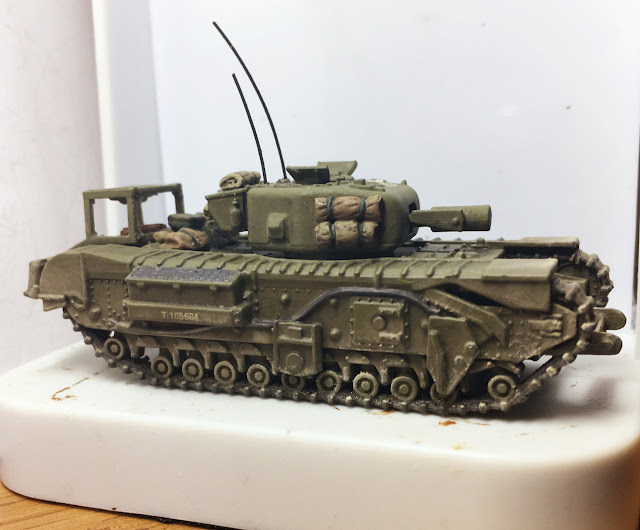 I also used a new basing technique on these following some feedback via Facebook. I applied two tracks of darker shorter static grass to the base and then applied the usual shade all over as normal. This (hopefully) makes it look like the grass has been crushed by a weight passing over it.

Really nice model and I'm really chuffed with it.

This tank was built with a magnetised Fascine bundle, allowing it to be removed or to be carried on the tank. The front section used to hold the fascine is not removable, so the turret traverse is limited - but I think that this may be historically accurate anyway. 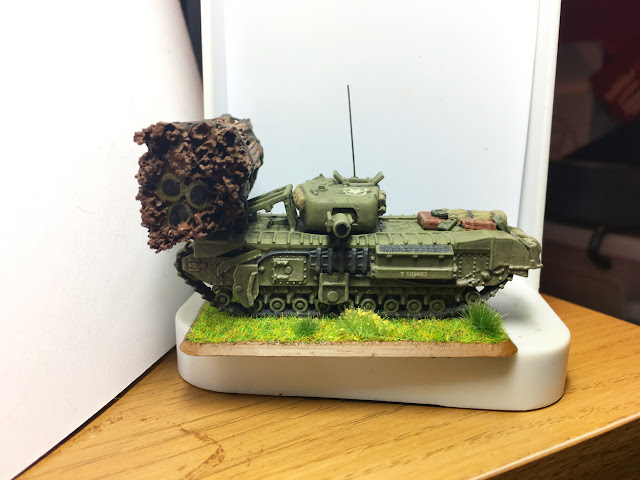 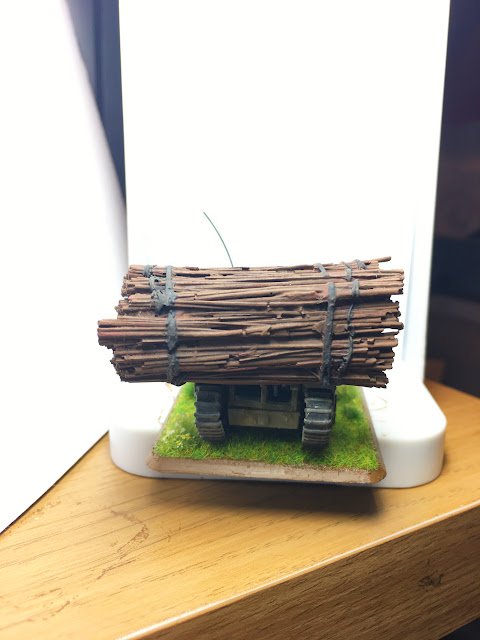 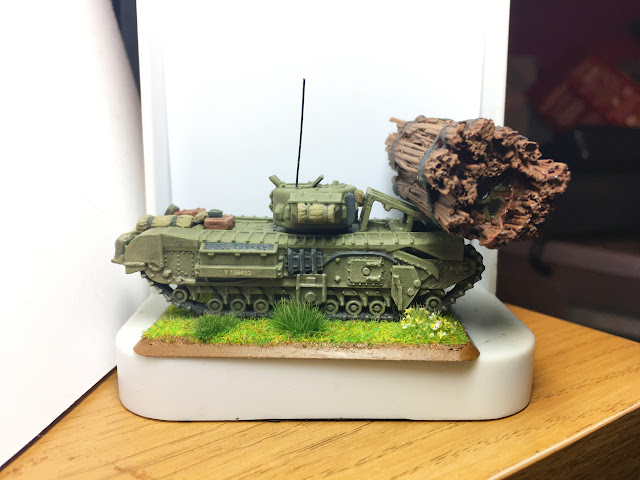 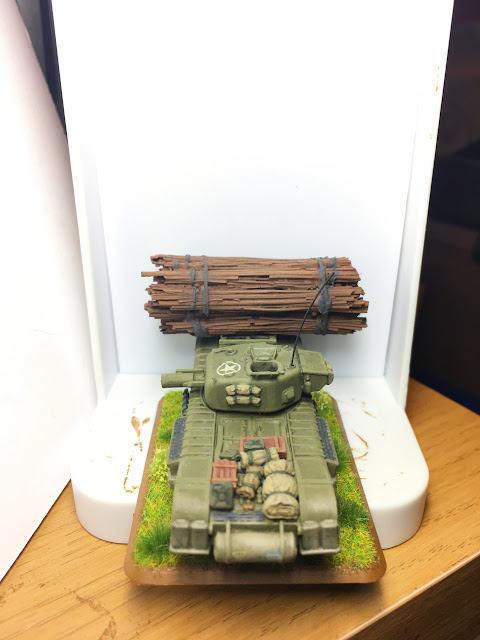 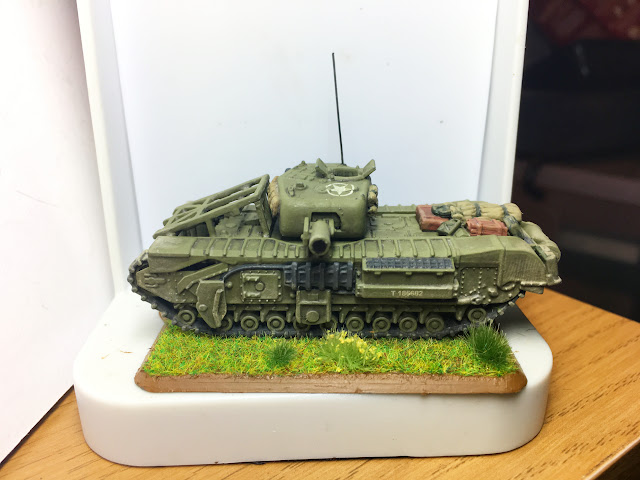 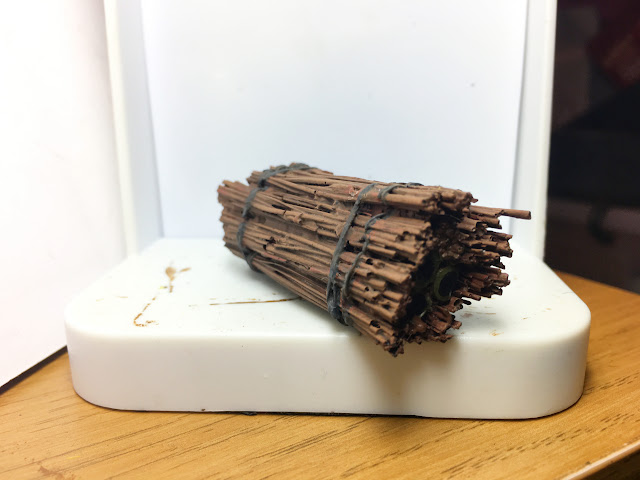 Another lovely model - something different, that's for sure!

This heavy duty ambulance was used is various theatres but is most commonly known for the role it played in the film 'Ice Cold in Alex'.

My version is painted up for service in NWE. It's decalled up as an ambulance of 176 Field Ambulance, 51st Highland Division (assigned to support 154 Brigade). These are the same markings as my Ambulance Halftrack and Ambulance Jeep. Somewhere down the line is a first aid station... 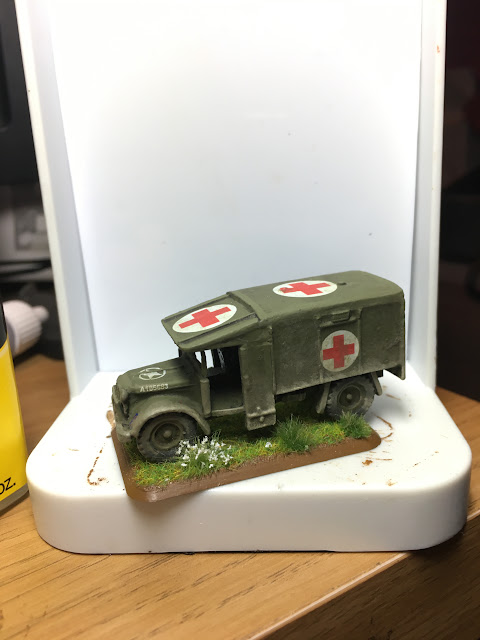 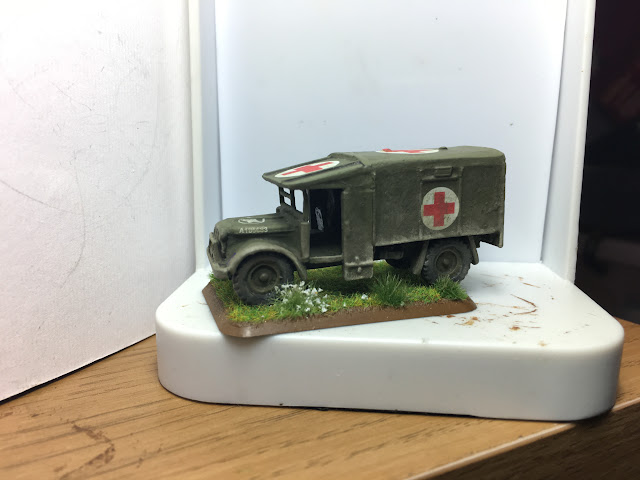 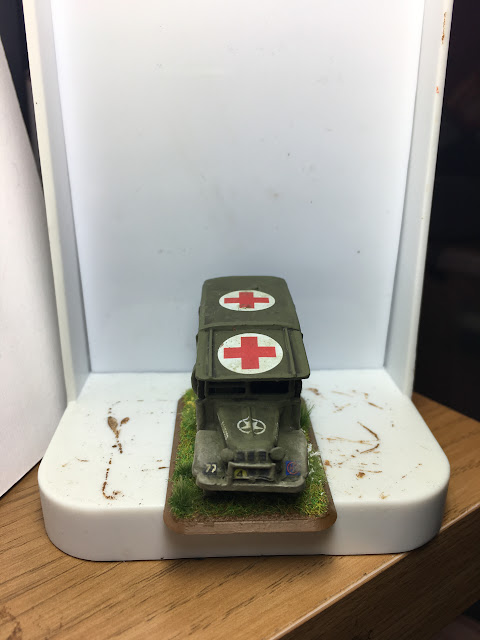 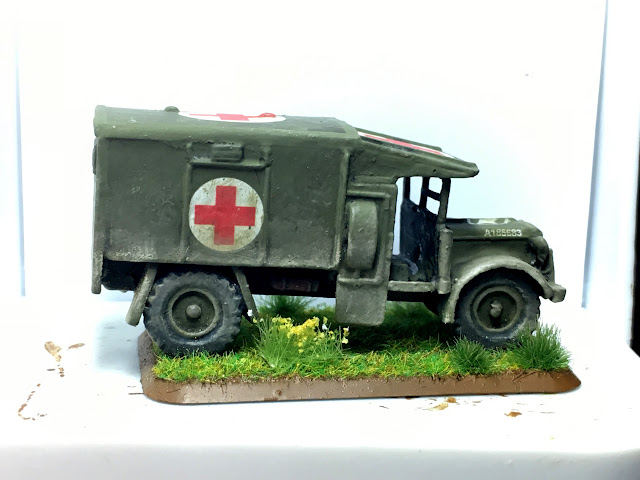 The weathering powder, on the ambulance especially, looks far brighter than it does on the model. Must be the way it picks up the light, or something my Camera is doing?

So, that is most of my Novelty November Challenge complete, other than my Radio Truck. It is painted, just the basing still to do. I've been held up by a cunning plan to mount some figures on the base with it and make a little diorama. Still in the process of painting the figures, but should have them done in the next day or so.

Thanks for reading - and remember you can get regular updates on what I'm working on via my Facebook page.
Posted by James MacCraggs at 18:48:00