Hi folks - first up, the pictures used in this blog post are not mine, and I claim no ownership. They have been used purely for reference and taken from the respective owners blogs/websites. I'm happy to remove anything that causes offence or problems. I've tried to link those blogs I have used pictures from in the post.

I'd been thinking about putting together a blog post about what Battlefront seem to be planning for Team Yankee in the next year for a while, and figured I would put something together while it was in my head. I hasten to add that all I am doing with this is bringing together some of the comments made in interviews and on forums and the likes. Most of this info comes from the guys at WWPD -and their excellent interview with Peter Simunovich. During this interview Peter specifically stated that there will be 5 rounds of Team Yankee releases in 2017 - so lets start there. I've also used details from the BF 'Iron Maiden' launch videos.

1. East Germans (DDR) at start of year - 'Volks Armee'. Lists include:
This will be a smaller book than Iron Maiden and Leopard, but with 'lots of options'. Also mentioned as part of this release (and with some models pictured elsewhere from BF's yearly convention)
There are already pictures on the Internet showing off some of these models - these images came from Chris Townley's blog. 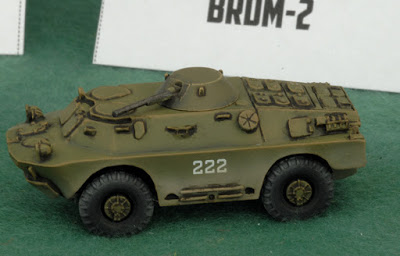 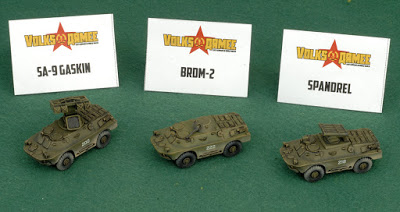 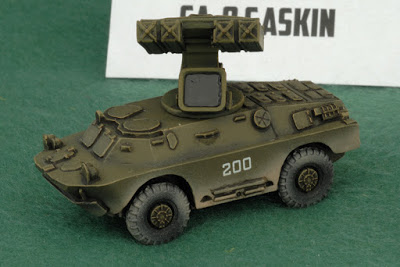 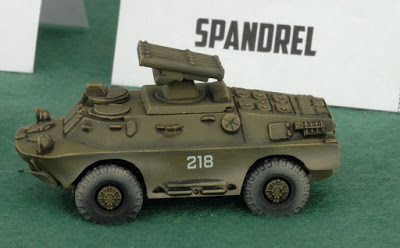 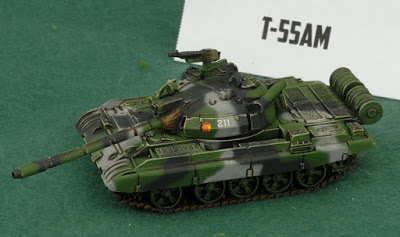 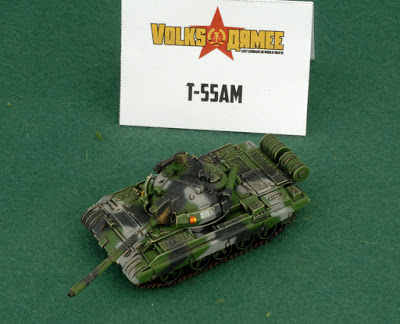 These were mentioned as coming as separate releases during 2017.

Canadians were mentioned as possibly a August 2017 release, and apparently play testers are looking at this army now. No list types mentioned, but units mentioned included Leopard 1's, M113's, Lynx, M113 recon and a 'generic' NATO infantry range, which will be useful for multiple armies. One thing that was mentioned was that BF is looking at ways to allow allied units in Team Yankee, and for the Canadians they will have allied options built in. In the case of the Aussies, they will be able to take certain British units as allies. For the Canadians, US and German units are options.

Aussies possibly in October 2017. No specific lists were mentioned, but there was some discussion about Aussie Landrovers – A/T versions with RR, etc. The background for using the Aussies in Team Yankee is that some Australian and New Zealand units are in Europe/UK as part of large scale training exercises with the British Army. When things get hot, the British Government gets permission to deploy these units to the continent. It's a bit far fetched, but ultimately I suppose it's plausible. It's already an alternate history anyway...

Also mentioned, but with no indication of dates, were two books for the original nations. For the Soviets it's 'Red Thunder', and will apparently include BTR's, T64's, BRDM, etc. There was specifically mention of the BTR's and T64's being plastic.

Peter was also talking a bit about the future of Team Yankee. He mentioned that it had really taken off and been much more popular than they had expected or planned for. They are taking the view that Team Yankee is now one of their 'core' games, in the same way as GW had 40k and Fantasy.

He spoke a bit about future plans. A 'later' book will look at providing more modern units, such as M1A1's, Challengers, Warriors, Bradleys, BMP3's, Apaches, etc. French and Israelis were also mentioned as being something they would like to look at.

Asked a question about Poles, the BF team stated that Poles not currently on the Team Yankee agenda, mainly due to them having a lot of their own vehicles and not just being Soviet clones. They are something that they would like to cover in the longer term, as well as French, etc. It was mentioned that it's taken FoW years to get the range of models and nations that it has, and it will take Team Yankee a similar amount of time.


Another question related to the provision of Team Yankee Firestorm campaigns, to which the response was that BF are happy to work with the community to develop these. Specific comments from Peters WWPD interview included 'more news to come' in next few weeks and that '2017 plan is exciting, lots still to come.'

Also talked about was the fact that Fate of Nation and Vietnam are to get own 'Team Yankee' style rulebooks – hardcover with armylists - in about a year. Team Yankee style rules, new army lists (Marines and sappers for Vietnam, '73 and Yom Kippur for FotN). A plastic Huey will be released as part of the Vietnam model range. All army lists for these periods and rules in one book, the book will also gives model codes that can be used to make up units (from the various BF model ranges).

Other ideas and theatres considered –  Bush Wars book also being considered to allow things like Angola, etc. Iraq vs Iran was mentioned as being a cool idea.

Peter revealed that all 'modern' lists they produce will be pointed to be able to play. TY 'Early' will consist of initially Vietnam and Arab Israeli. They apparently plan that armies from both these books would be competitive vs each other. Another possibility will be for them to also do 1960's or 70's Europe using many of the same units and models.

With regards to the future, new kits take preference for plastics – pointless doing plastics for kits first released and available in resin. BF are apparently slowly becoming a plastics company. It takes about a year to design and make a plastic kit for the company, and one of the designers was interviewed recently about this process. He refused to say what he was working on, other than that it was 'lots and lots' of stuff. I've heard somewhere that there are dozens (20 was mentioned by a BF staffer on the forum) of plastic kits coming to support the launch of Version 4 of Flames of War... more below. Peter confirmed that lots of plastic kits were coming for mid war (version 4 release). BF are dedication to having every model in a book released within at least 2 months of launch, and that they are trying to keep launches pretty tight in what retailers would need to stock. He gave an example of the recent Puma kit being delayed as it was rushed and has issues.

Version 4 probably due to be released around March next year...

Now there has been a lot posted about this elsewhere. My own opinion is that it's a positive thing for the game and for the community. Anything that gets more players interested and more importantly, focuses more of the gaming market back on producing 15mm WW2 kits suits me! I don't think I would get into Mid War specifically, but I can play it using the models I have.

A lot of the negative reactions seem to be around 'money grabbing'. Peter stated that the current Early and Late war books will still be relevant. Specifically that 99% of the lists in these books will still be relevant and playable. Mid War will be the area that will see the most change initially, but it hasn't been touched by BF much since more or less 2nd Edition. He also stated that BF would be giving out free rulebooks and that the rules would also be available online in a 'living rule book'. 3rd Edition is creaking under the number of special rules and warriors. The game is easy enough to pick up if your shown it, but the 300+ page rule book is daunting for new players or new groups trying to start out without any experience. It's been 6 years since the last edition. I don't mind seeing the company release a revised edition - it's needed and is probably a couple of years overdue.

Other concerns are that it will 'just be Team Yankee'. That doesn't seem to be the intent, although they are planning on using the unit card idea from Team Yankee as an optional tool for players - you can still use an army list or whatever if you want. The cards have some  benefits - like cutting down on special rules. If the unit was good and not bogging, just give it a better bogging check score on the card, rather than a generic special rule. Rules wise Team Yankee plays a lot quicker but is still Flames of War. However, Peter spoke about version 4 not just being Team Yankee. It will have aspects of the rules from Team Yankee, but was described as being a 'hybrid'. A learning of lessons over years and years of play and FAQ's, as well as including new evolutions of wargaming rules mechanics. The rulebook will be small - probably the size of the TY book, so around 80 pages. there will be a 'living online' rulebook with more details of play, examples, etc. The rulebook will therefor be one that is quite streamlined.

The plan on releasing a Berlin compilation in 2017 with the possibility of late war monsters. I've also heard rumours about other lists that might be covered in such a compilation - specifically British and Canadian stuff missed from Nachtjager. Probably coming mid next year.

Mid War will be starting with Desert – Brits and Germans, then Yanks and Italians then on to Eastern Front. It will involve a new army list/building process – possibly involving cards. But cards are not going to have to be used – a helpful optional tool. Exact dates not yet locked down, but V4 and Mid War book will be released close together. Evidence of plastic kits to support the launch include some previews from Flamescon and again found on Chris Townsley's blog and via WWPD: 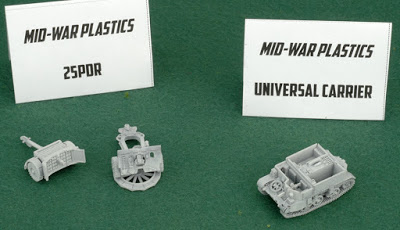 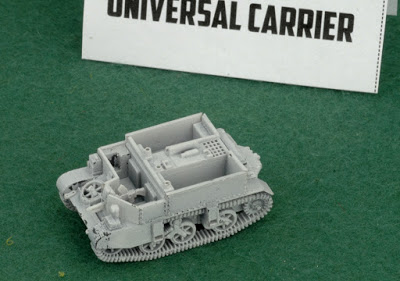 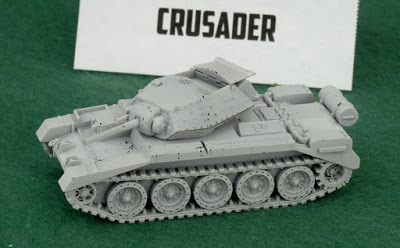 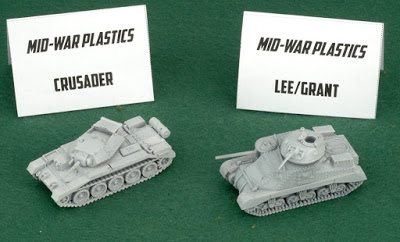 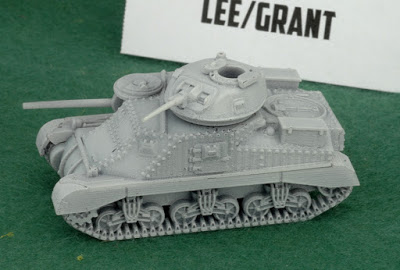 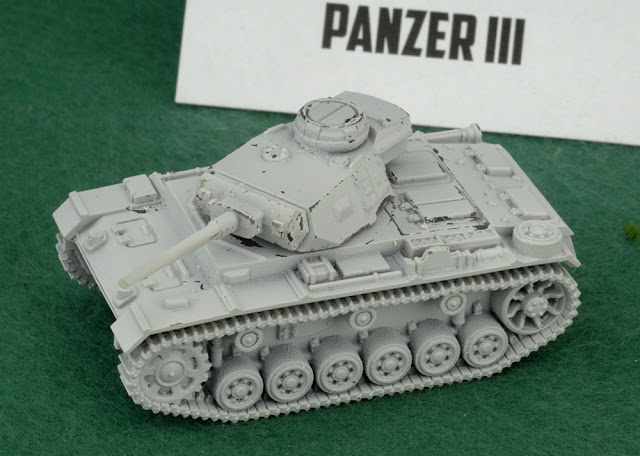 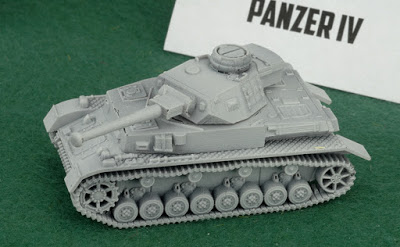 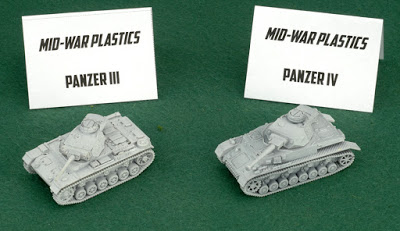 These look like 3D prints of models, rather than Plastic kits - although the 88mm kit is obviously quite far along... They can hurry up with that, I want another 6 guns!

Peter mentioned in his interview having sight of plans for a plastic Italian Semiovente M14 tank, which makes me thing that BF will try to do the same as they are with Team Yankee - release the core of the army in plastic with the less common units in metal and resin. I would also be very surprised if those other plastic kits don't include plastic Africacorps and 8th Army figures - assuming a new 'open fire' box is also in the works.

So that's it folks - interesting times ahead, and while I plan to stick to the 3mm and 6mm Team Yankee stuff, I'm looking forward to seeing what Battlefront do. As for version 4, it will find a gamer here happy to try it out - especially if the book is free and it manages to stay close enough to WW2 gaming to give a decent 'feel'. Failing that, they are not taking my 3rd Ed book off me, and there is always Battlegroup!