Apologies for the lack of regular updates over the last few weeks. As I've progressed with the final stages of the 10mm ACW batch, I've not felt I've much to show. It's pretty hard to take decent pictures of these figures in the painting process, and without them being based yet I've nothing much to show for my efforts.

As of Friday, I managed to finish (bar the 15 cavalry models) the whole of the Pendraken army pack for my Confederated. These now just need basing. Basing has been delayed due to some uncertainty about the inclusion of casualty figures in the bases, the need to do dismounted cavalry (which I think I have too many of, so may include some figures in the line units) and a few other minor concerns.

April was also when I planned to move onto painting buildings, minefields, destroyed vehicle markers, etc.

For starters, I'll show off one of my recent acquisitions: 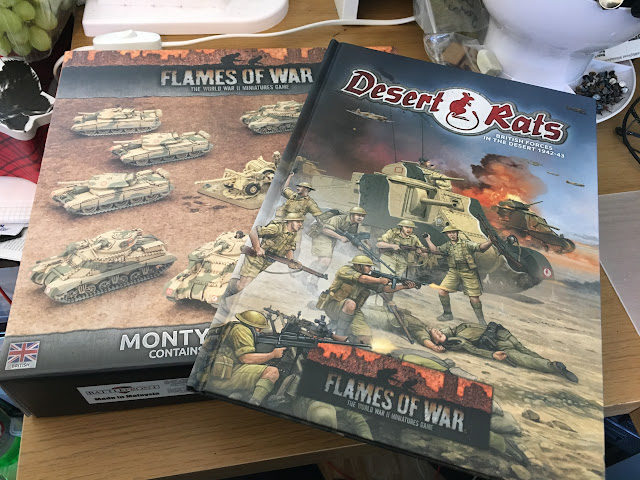 I actually had no concrete plans to do a Mid War Desert force for FoW. However, having commented on a video for the v4 launch weekend, I was lucky enough to win these as a prize!

I'm having a think about what I want to do with them, but they are on the back burner a little. If I do dive in, I would be tempted to do 4RTR with their Matilda II's or Valentines - neither of which there are options for yet.

Just to show I've been busy ACW wise, here are the last batch - all painted, varnished and ready for basing: 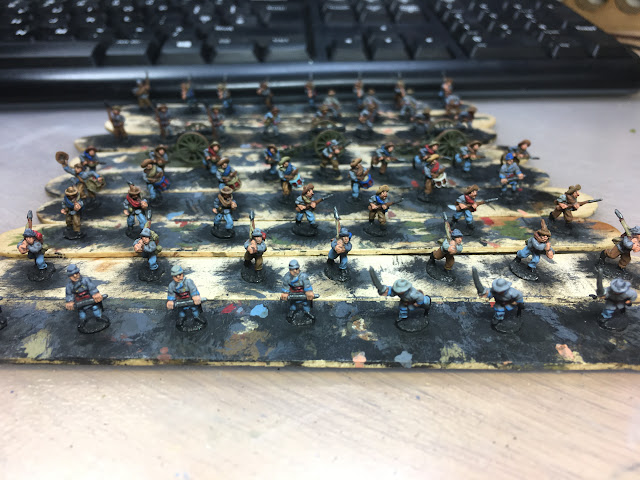 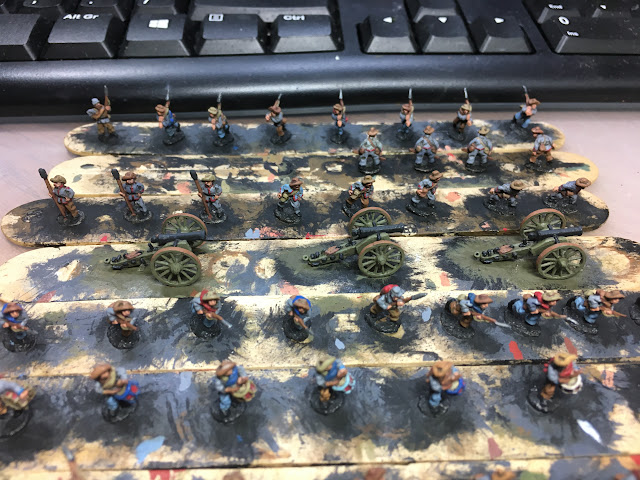 And some of the work I did on Friday. Prototype destroyed tank markers: 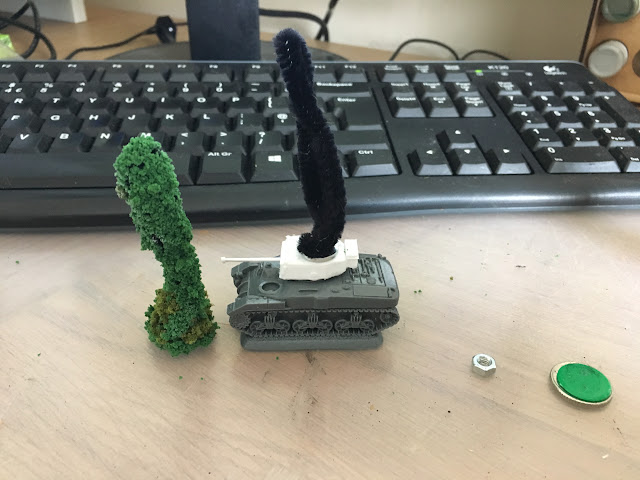 And the first of my 15mm buildings: 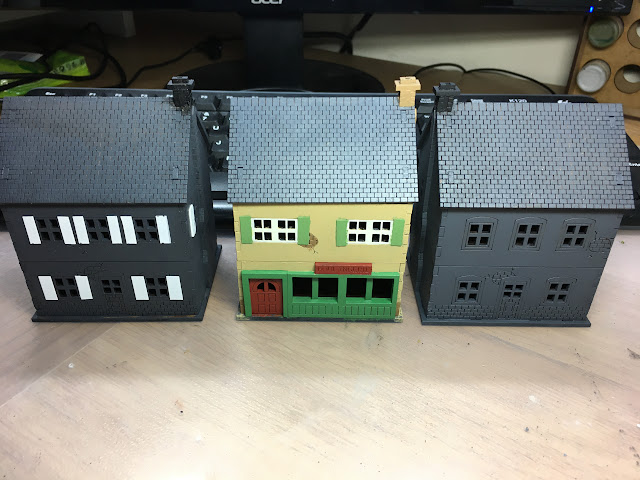 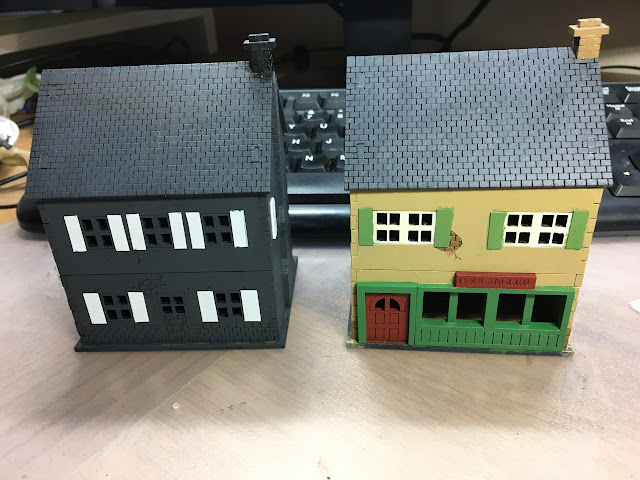 These kits are unpainted multi level kits I picked up last year from 'Dave's Wargames'. This is a 'local' company to me, with great prices and some really good looking kits. I've delved into my own level of madness with these, painting them up based on pictures of a specific village in Normandy (taken from Google street view), Cramesnil. I'm not actually mad enough to try and model specific buildings, but I am keen to get the look and colours correct. Dave's buildings come unbuilt and were put together with just PVA. I did notice that the buildings all have shutters, which are not present on most of the kits I have, so will be added. I'll also try to match the mix of roof colours as both red and grey being present in the modern village - with older buildings having either.

Most of the buildings are also made with a pale brown shaded sandstone, so I've done the same with the bare stone patches. The shutters I've added are just cut from thin plasticard - I'm planning on trying to paint some wood effect on them later.

I've also been reading up on Lee's method of putting ivy and the likes on buildings, and will be trying that. You can find his method detailed here. I've already got some leaf flock, for my vehicle camo branches, so will be using that. Other issues I'm trying to address currently is how to replicate rubble, and how to incorporate the cratered roads I have into a town setting (the craters make the roads wider, meaning I'll have to have some sort of pavement I think.

Minefield prototypes are also on the horizon - hopefully without the bases warping terribly!

Edit: I had meant to include in this a big THANK YOU to Lee, who sent me some spare FoW mini's he had. Some Panthers/Jagdpathers, STuGs and Fireflies will all be added to various forces at some point! Thanks Lee!