This week, I've been working on a bit of prep for the AHPC VIII challenge, which will be starting in December. I've been putting together some 'big boys' to support my 3mm 'not-ultramarines' and due to a last minute change of plans was available to got to the Battleground Wargames show in Stockton, where the chaps from the club were putting on a 10mm ACW Regimental Fire and Fury game. So limbers and other odds and ends also got added to the painting pile.

The scenario is from the RF&F rule book, I believe, and has the Rebs attacking a Union position. As a club project this year we'd all painted up some 10mm Pendraken ACW figures, and Dave D very kindly sorted out terrain for us. Hopefully you'll agree it's a cracking looking table! 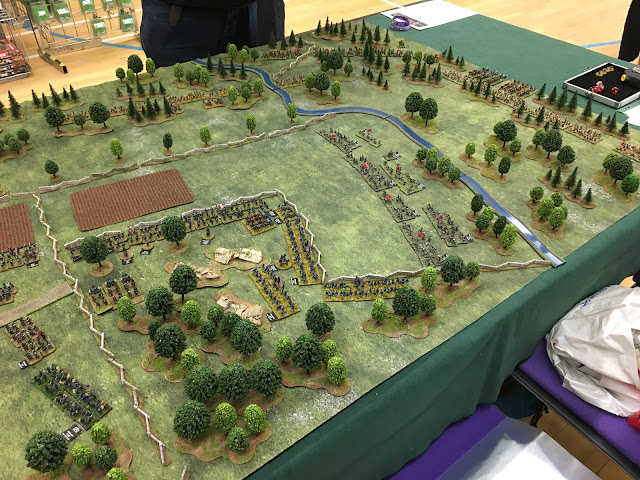 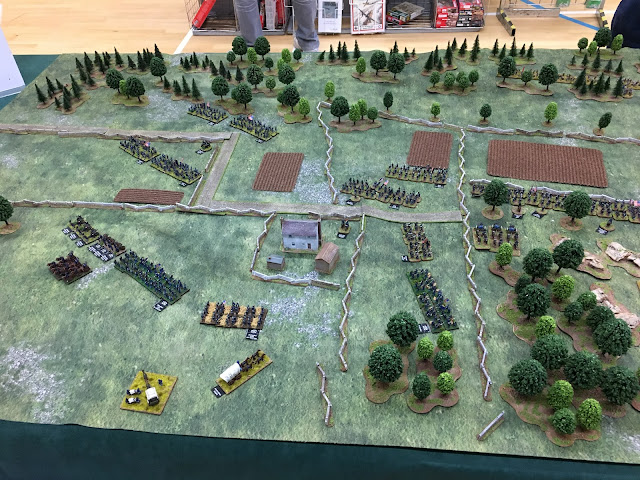 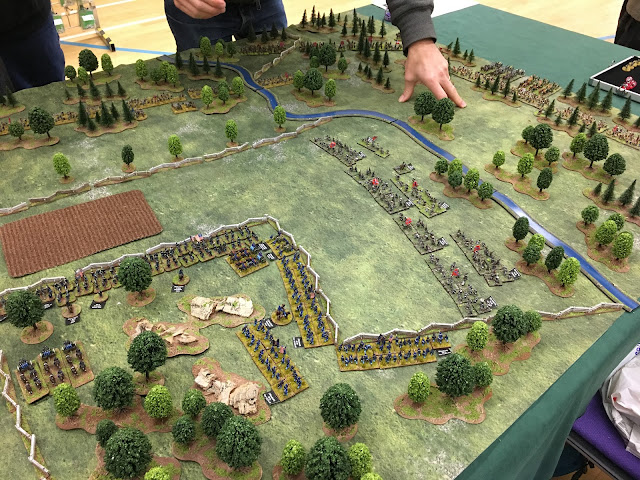 The show itself was busy, with free entry this year apparently making a big difference to the number through the doors. The bring and buy, which we were near, certainly saw a lot of trade. Myself and Martin went halfers on a 6mm Cold War British army, and I picked up some West Germans as well. 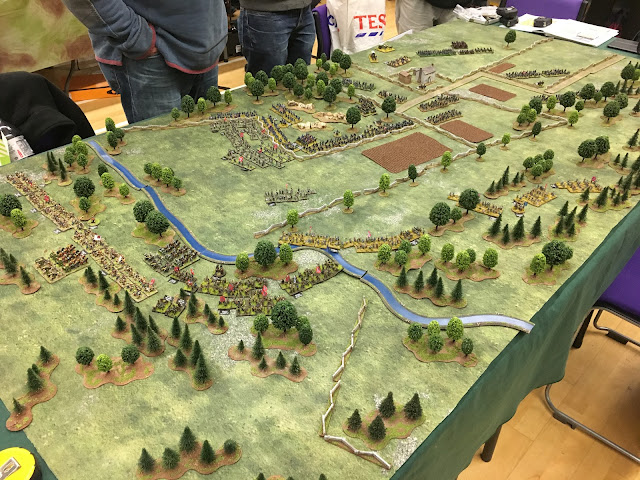 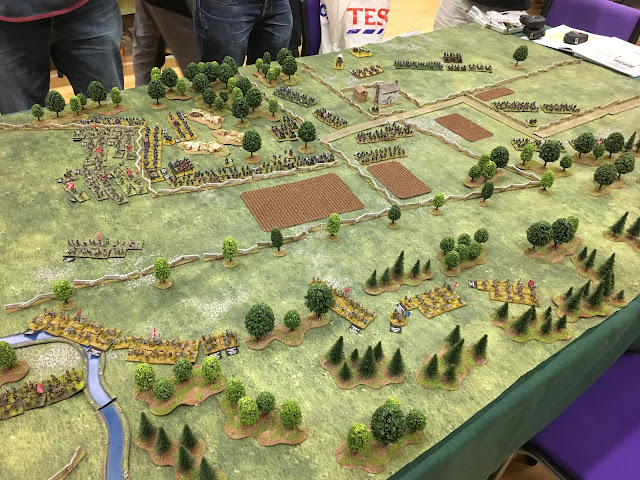 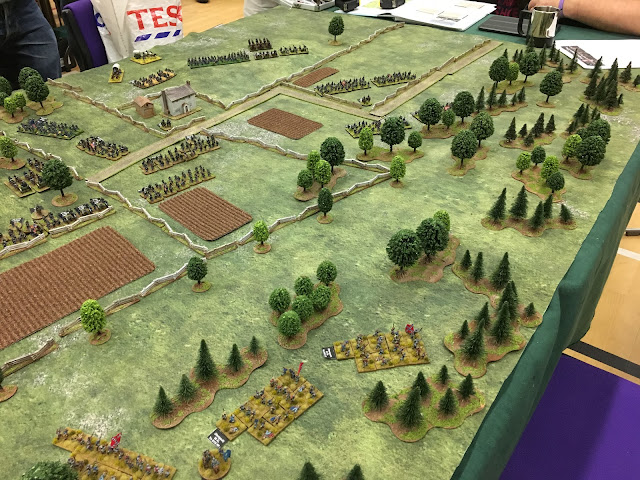 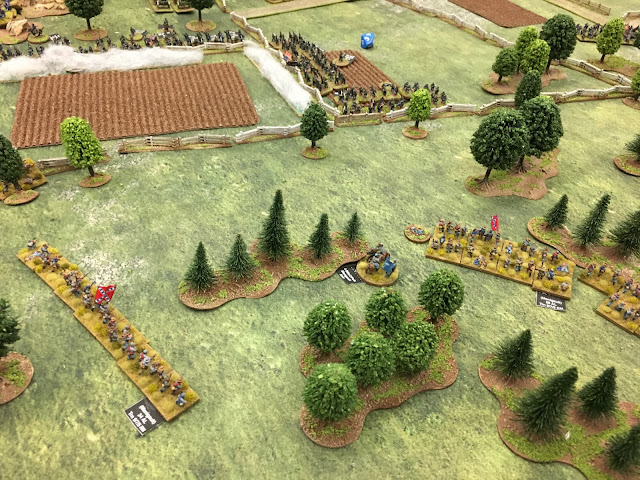 Overall, the Rebs hit the Union hard on our left flank, taking two of the objectives. Meanwhile I tried to hold of Martin on our right flank while we got more forces forward. My guys were pretty much out on a limb. A mix of experience levels and weapon quality didn't help... and two of my regiments were off trying to help Angus! 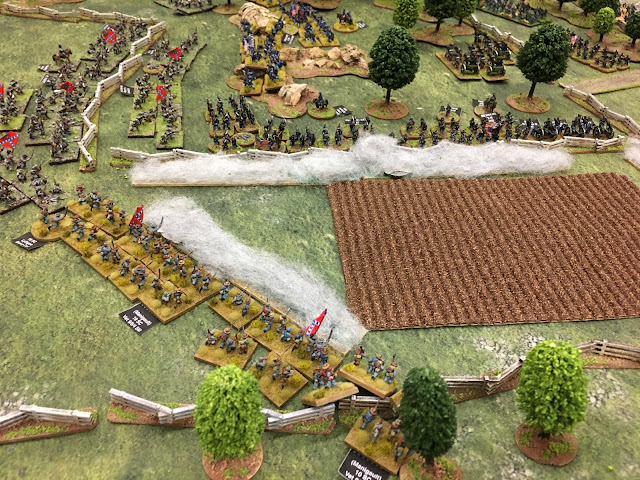 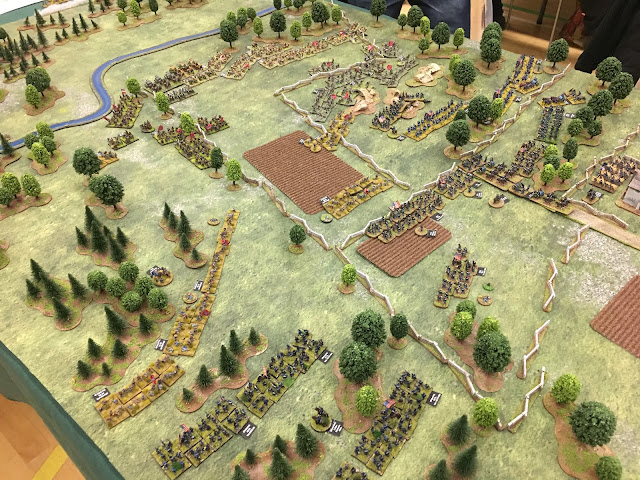 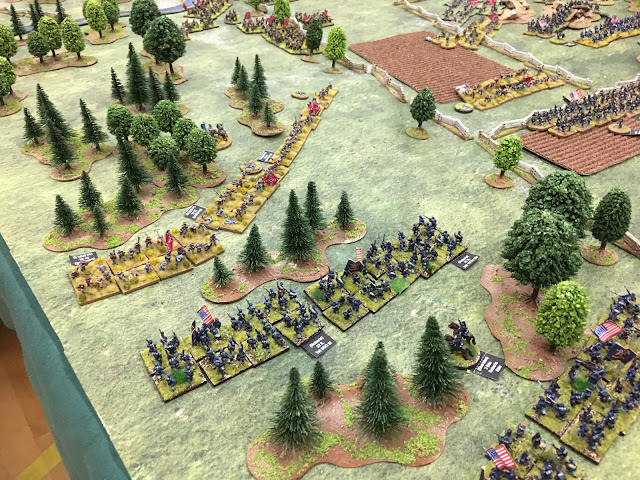 My forces on the right flank kept getting pushed back due to poor command rolls and disorders being put on. I took a few stands from Martin, but generally wasn't going to be able to stop him with gunfire. In the final Union turn, he charged my weakened line. 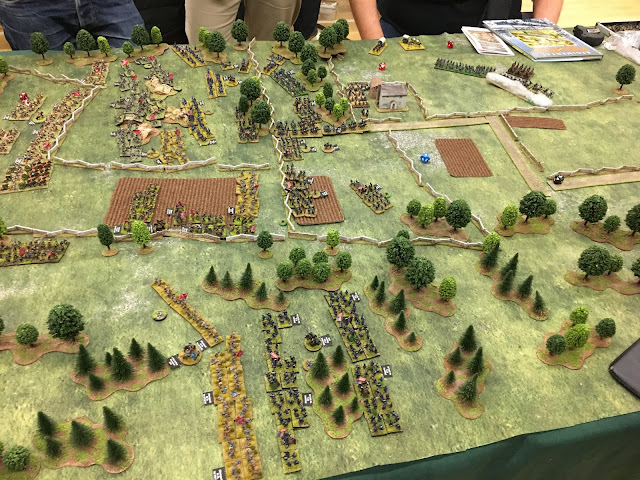 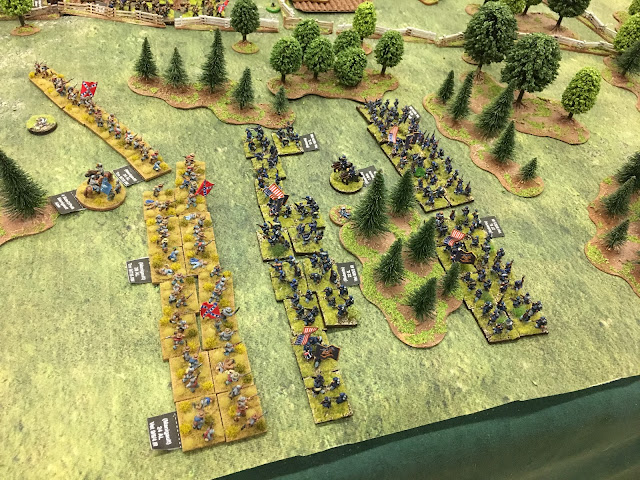 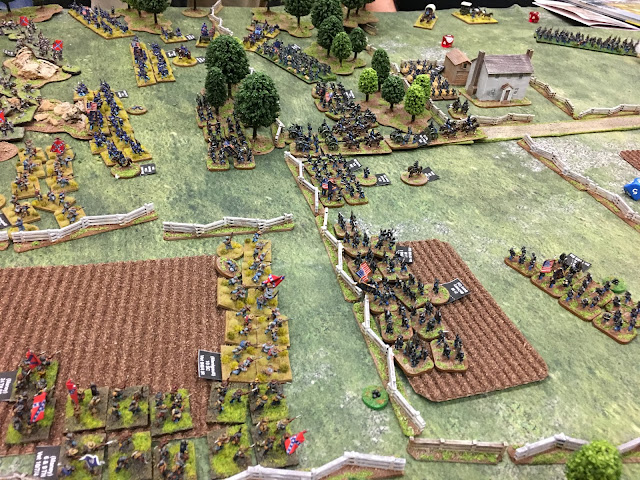 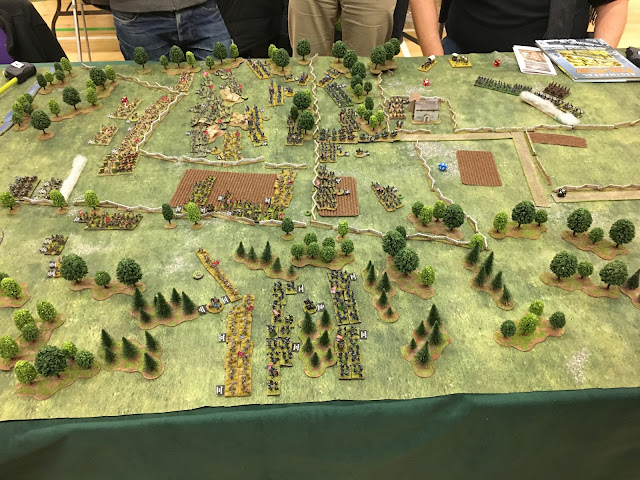 One unit's charge faltered due to my gunfire while the other got in but was beaten off by a narrow margin. In the centre a charge by one of the Unions green units was also beaten off by some of my chaps. I think in the last turn some Union charges against Angus' troops made some headway, but did not get close to retaken the lost objectives. Maybe with more time the Union would have had more luck against the exhausted Rebel troops!

Great day out, lovely table and good fun. I picked up a few bits, bumped into Rubbsalot and Matt Crump (briefly). More will no doubt follow on Dave's blog and on Martins! 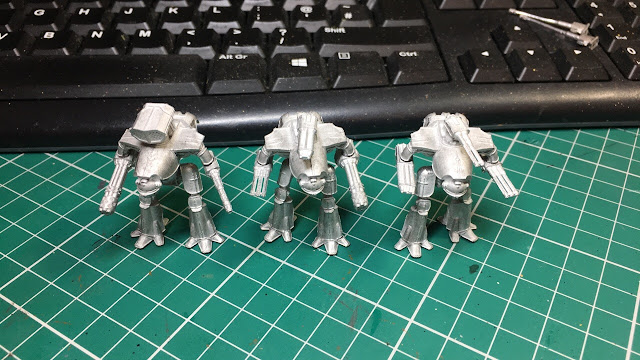