I had hoped to get this posted over the weekend, but only managed to finish the models last night.

I've a whole host of German artillery in the painting queue currently - a load of AA to help fend off the Tiffies I painted a few weeks ago. But at the moment I've focused on the infantry guns and lighter A/T guns.

A small amount of foliage added to the guns - these are Battlefront plastic Pak38's from their mid war plastic boxed set. I've only used a couple of the new plastic figures, and replaced most of the crew with spare metal ones I picked up. That new plastic holds detail OK and were fine to paint, but the facial details were terrible and getting the mould lines off them was a real nuisance.

I applied the camo with  a sponge, but ended up toning it all down with the highlights. Again, this is a technique that looks much better in person at a bit of a distance. The camo does come through... 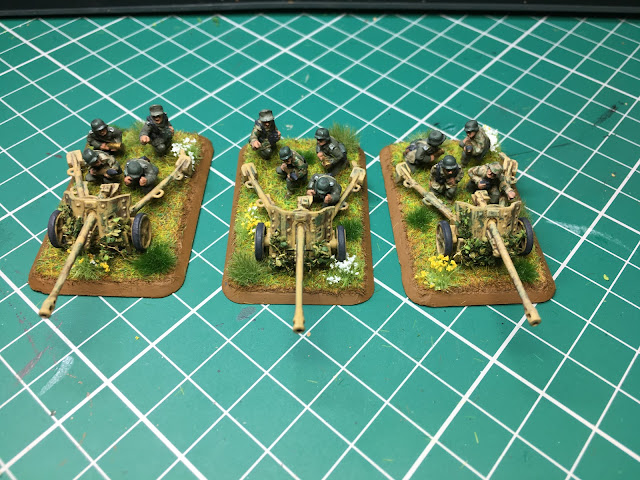 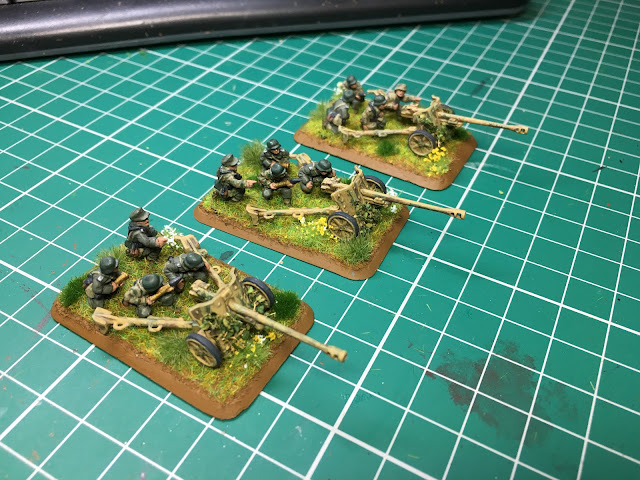 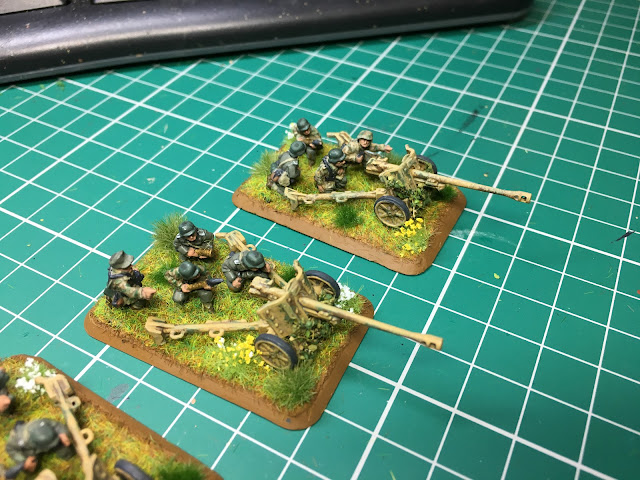 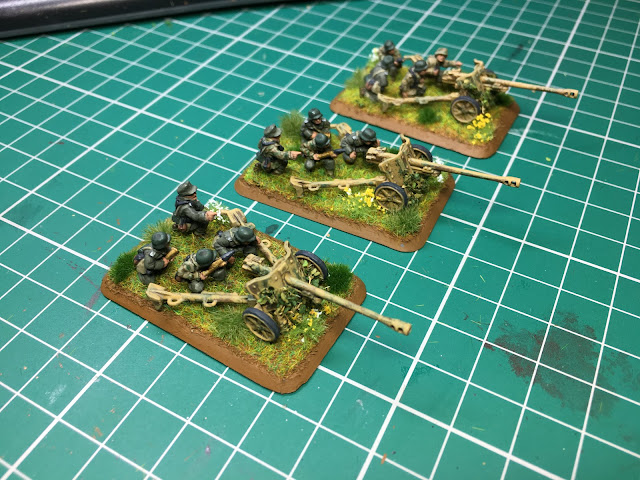 The infantry guns are much more likely to be used in more of a support role, so I've not added foliage. I did complete the spotter team for these, but no command teams for either (yet). I might paint some, I might not. I'm pretty sold on 4th Ed at this point, and I'm unlikely to be playing 3rd any time soon. If I did, I'm sure I can steal a command squad from somewhere! 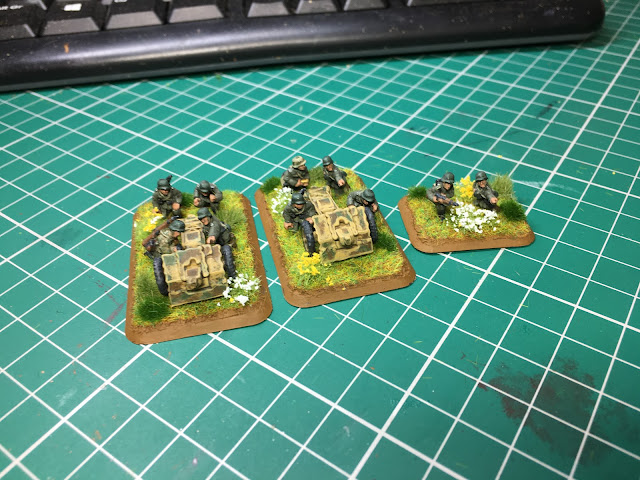 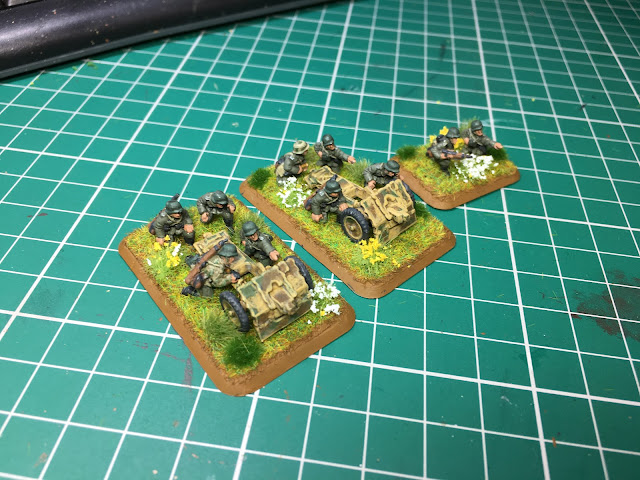 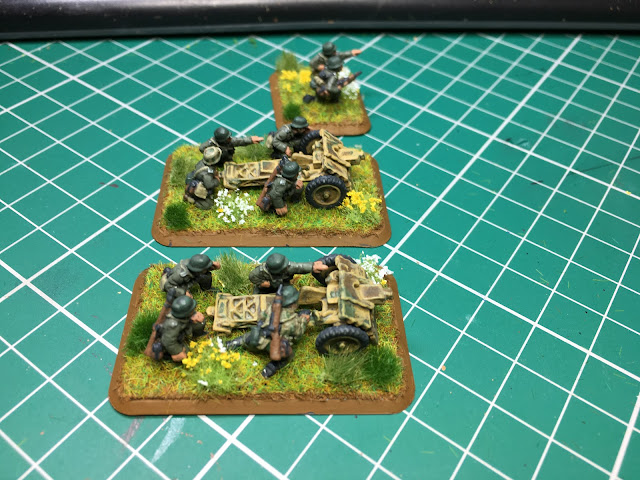 Again, a mix of crew figures, but mainly those that came with the pack. The 89. Infanterie Division apparently had Russian infantry guns in Normandy, so these are not quite correct. But as I've already got a load of spare French gun crew due to this project, I didn't want to add random Russians as well!

I've got a lot on with work currently, having started a new job and doing training. I had planned to get my ACW Limbers done before the show on the 25th, but can't make that now so the motivation has fled. I've also got a book to edit for my sister, which I've not looked at in months. So not sure what I'll move on to next!
Posted by James MacCraggs at 20:56:00