I've spent the day today up at Dave D's with Martin, playing 6mm Team Yankee and some Wings of Glory WW2. Great day out and hopefully it's something we can get a bit more of done in the coming year!

But with plans beginning to form for the year ahead, and the AHPC Challenge (as well as Gunuary) well on the way, I thought I'd take the time to look back over the past year at what I'd gotten done in 2017! 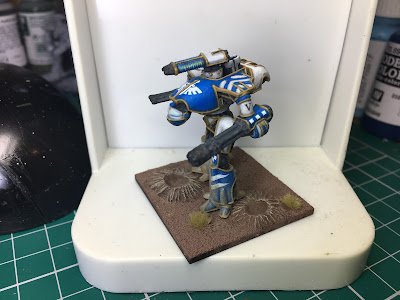 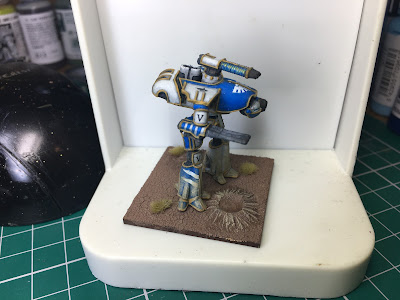 My blog posting was actually down last year on previous years, but I still managed an average of more than one a week. Looking back, I hadn't actually thought I'd done that much, but the progress at the start of the year, and with my terrain, has been great. I've made a dent in a good few projects and hopefully I'll replicate that with the current AHPC challenge.

This year, I'd like to make progress on setting up the garage as a gaming space. So getting a table, lighting and a bit of insulation and weatherproofing. I'm not storing anything out there, but will be good to have some gaming space. I want to keep moving the 3mm modern and sci-fi projects forward, as well as getting the decks cleared of German artillery before moving onto some Brits - probably with an aim to do more terrain work and get one of my Recce forces completed.

This year, looking at my pics, I also got to see a few interesting things!

Hopefully 2018 will be similar, with another visit to Dorset, Wales and Scotland on the cards!

Thanks to everyone for the views, comments and feedback over the last year! Thanks especially to the guys on the Miniature Modelling Mayhem paint and chats, who keep me company while I paint!