A busy July with some very warm days which prevented painting. It was, however, my Birthday month and as such I received many gifts. This year this mainly took the form of gift cards. I used these gift cards, along with some I had left over from Christmas, to buy some more books (although I was very tempted by Blackstone Fortress...). 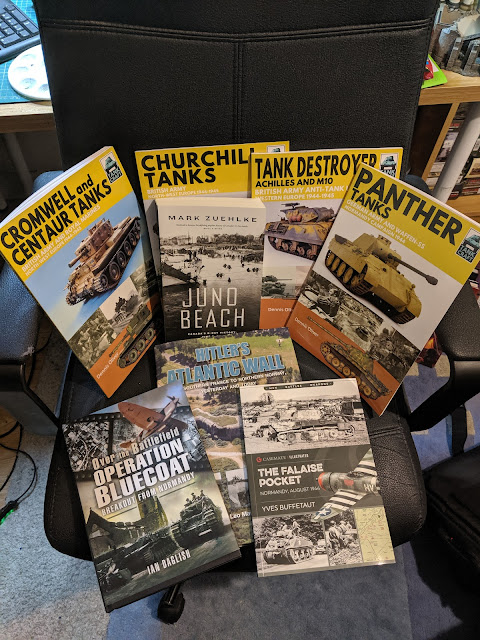 I picked up a Dennis Oliver book last year on British Shermans while at the Tank Museum in Bovington. While mainly aimed at modelling larger scales, there was some decent info as well as colour prints for painting purposes. With Cromwells, Churchills and Tank Destroyers in the queue at some point, I thought these books would be useful. Unfortunately the M10 book only covers British units (so no Canadians), and there are some discrepancies (text which says they were painted SCC15, images which show them to be brown, modelling pictures which show them as green?).

The Panther book was a bit of an afterthought  - I enjoyed making my little unit of 5 and might get a full company at some point... With Battlefront Plastic Panther A's coming out I thought more info on them might be useful.

The Juno Beach book was one I had missed from my Christmas list. Operation Bluecoat because I enjoyed Ian Daglish's other 'Over the Battlefield' books (although this one was not as interesting photo wise, and confirmed my very low opinion of Guards Armoured Division). The Falaise Pocket book was just for any further Operation Totalize info - but focuses more on the American side of the battle. Hitlers Atlantic Wall for possible info on the Juno Beach defences (not much luck there).

Last weekend we also had a club meet in Billingham, which turned into a bit of a Bolt Action fest. Myself, Dave and Martin were playing a 'Battle for James new house' game. This was using the VBCW rules and was a fight for the F Hills factory that stood on the site of my new house (and made a large % of the aircraft grade plywood for the Mosquito, as well as Jablo propellers during WW2). Martin put on the table and provided the models: 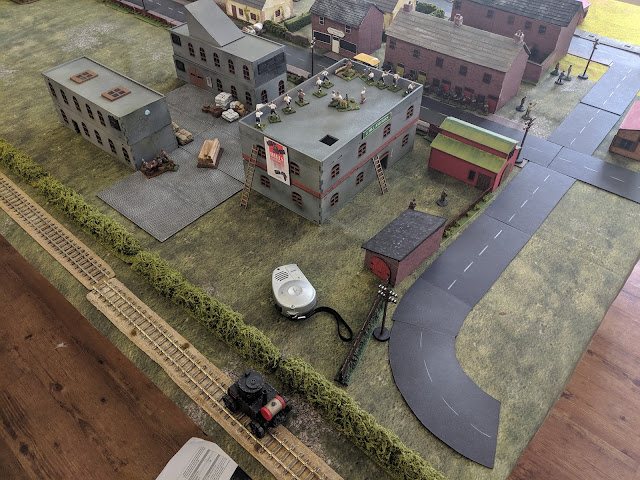 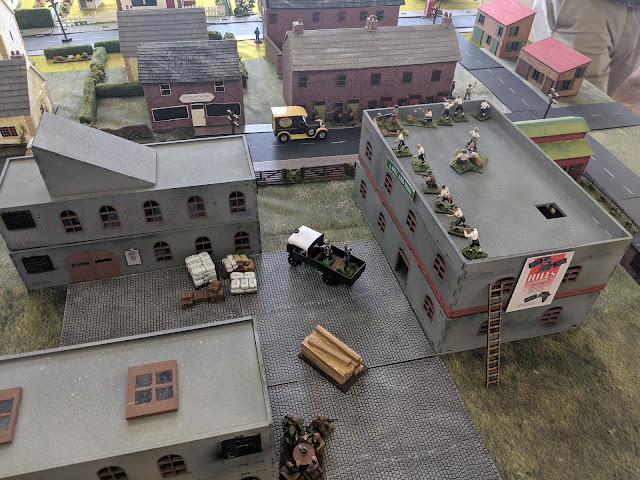 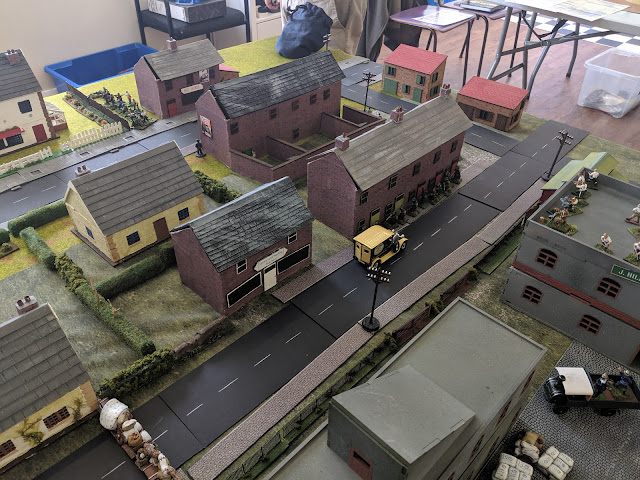 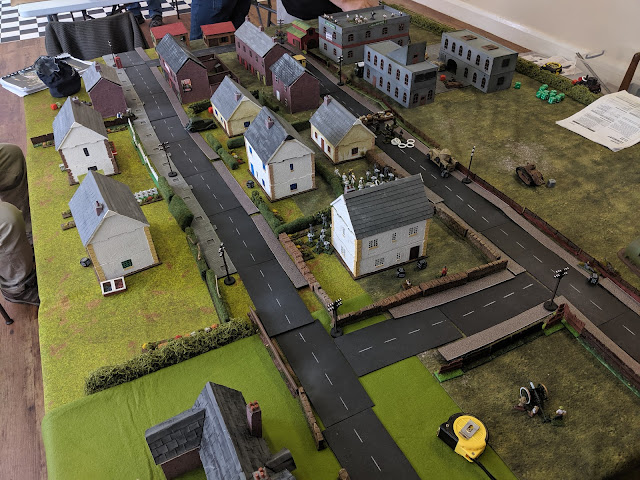 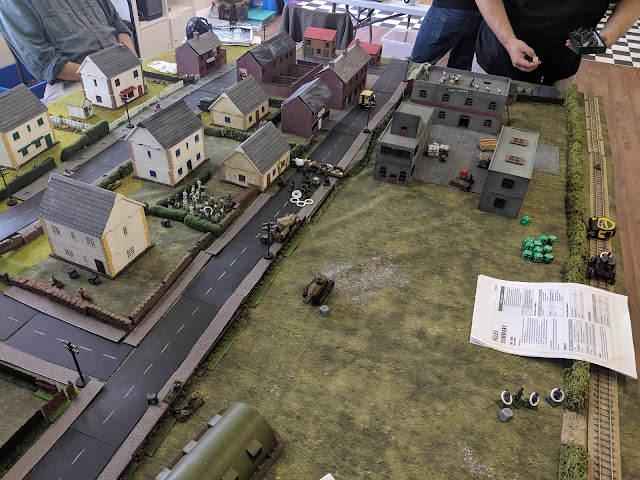 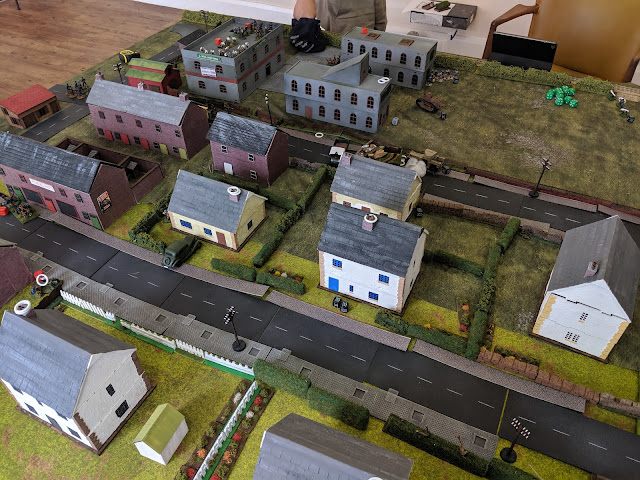 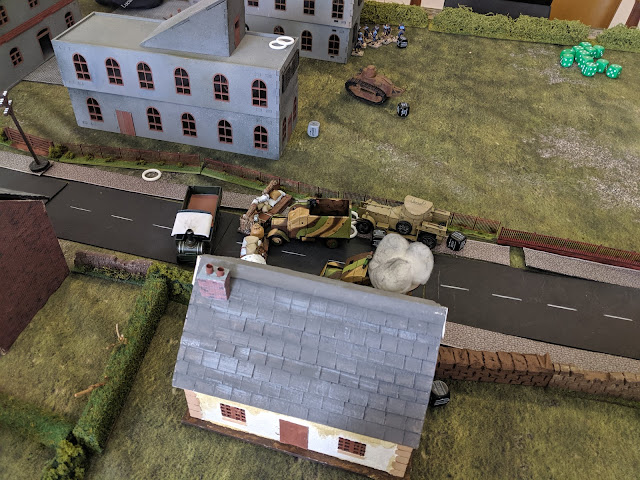 I have to say I wasn't too keen on Bolt Action as a rules set. I had suspected that might be the case, but playing the game confirmed my reservations. Still, a fun game that ended in either a draw or a loss for me. Taking buildings seems to be just a matter of luck and numbers, and as such I don't think I could have captured the buildings I needed to win.

On the other table, Stig and Stu were also playing Bolt Action, but the WW2 Desert variety. 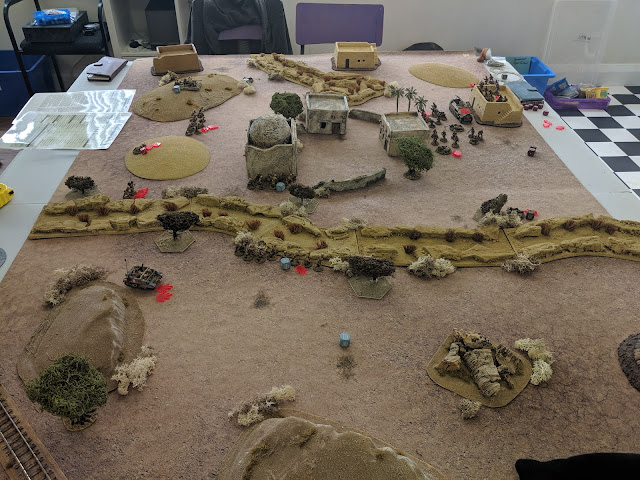 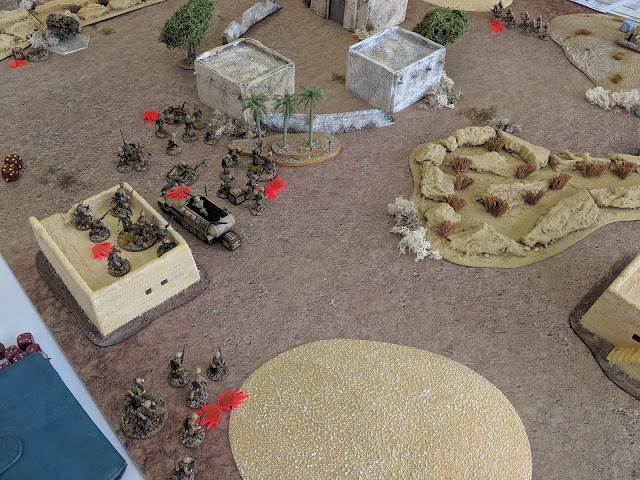 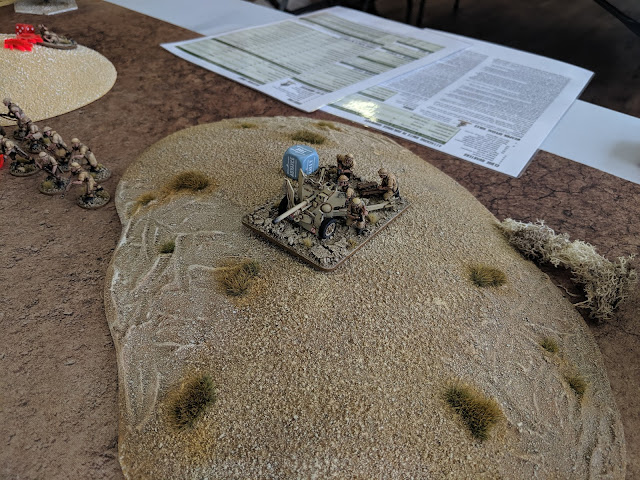 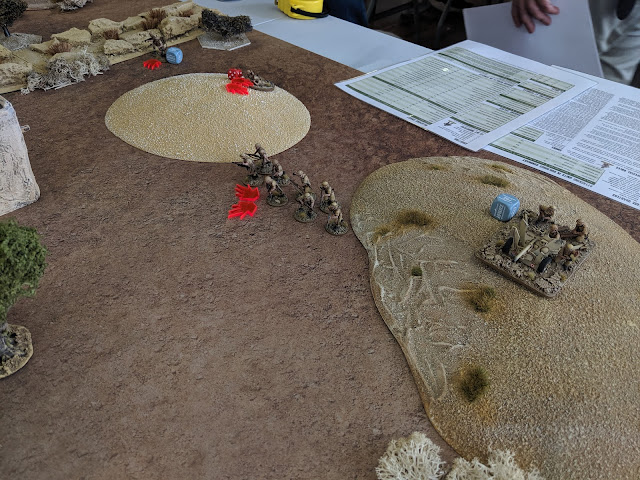 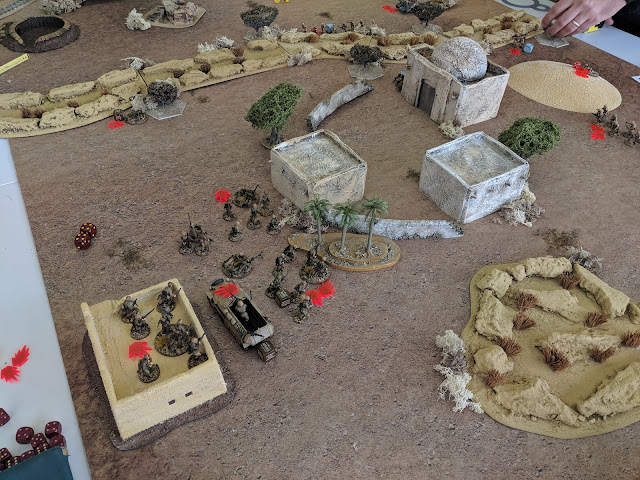 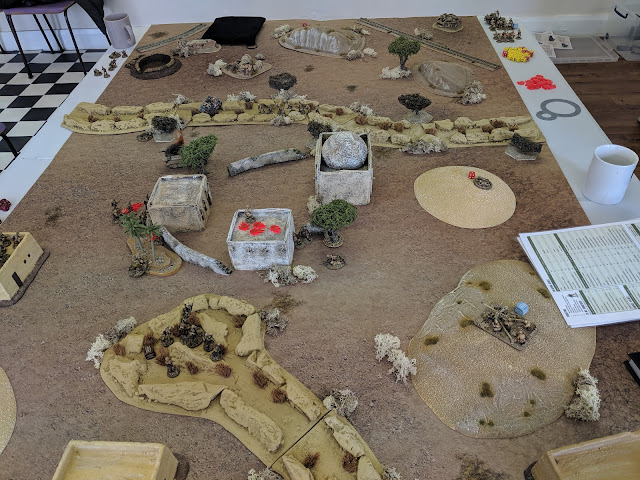 They seemed to have a good game.

Currently not painting any WW2 stuff, as I had decided to be a bit arty and work on some of my 3mm Sci Fi miniatures.
Posted by James MacCraggs at 01:43:00

Email ThisBlogThis!Share to TwitterShare to FacebookShare to Pinterest
Labels: Loot