My various bases and magnets arrived following my State of the Collection video's, which has allowed me to finish off the Sherman Crab's I had been working on: 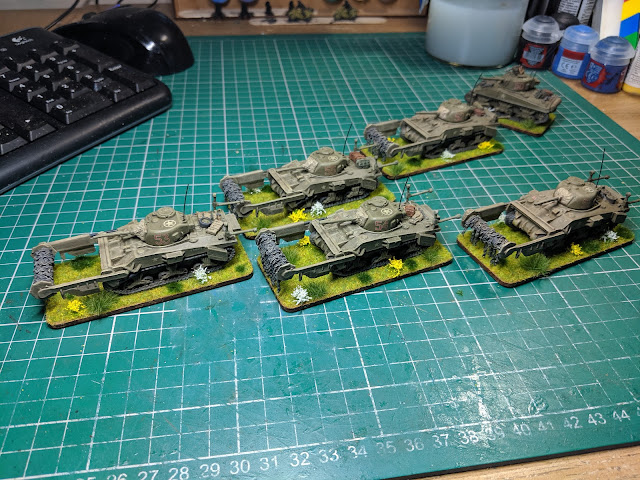 I had previously 2 of these tanks painted, along with the command vehicle. I actually painted these quite a while ago (2014), so there was a bit of a difference in painting style over my recent vehicles. I decided, while painting the three new additions, to re-work the old models. This included re-visiting my basing.

I was really taken by Dave's slightly smaller bases, so picked up some narrower 2mm thick mdf bases from Warbases. These included holes cut in them for 5mm x 2mm magnets, which will save me adding magnetic sheeting to the underside of the bases. These also more securely attach the bases to the sheeting in the boxes. These tanks are on 90mm by 40mm bases, while the command tank is on a 60mm by 40mm base (as opposed to 63mm by 50mm Battlefront large bases I previously used). The extra 13mm's shaved off the sides just looks a bit neater. This also means the vehicles are a little easier to store. 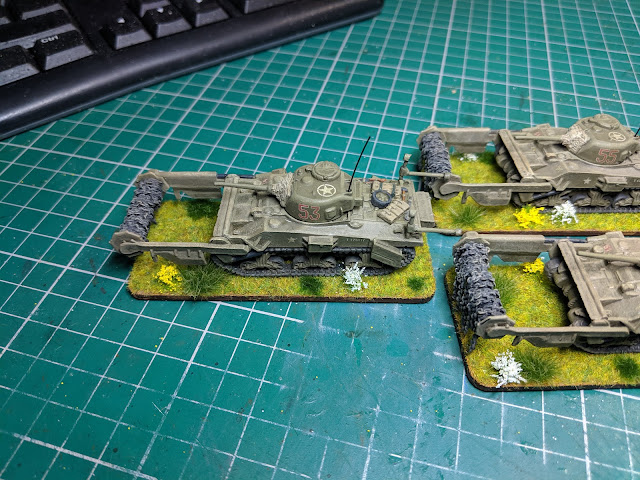 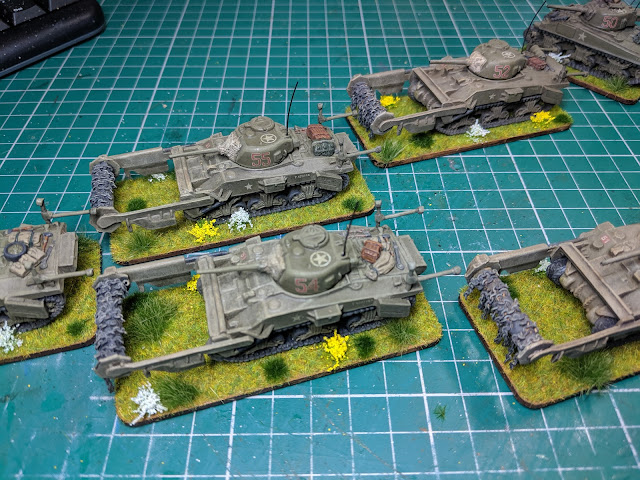 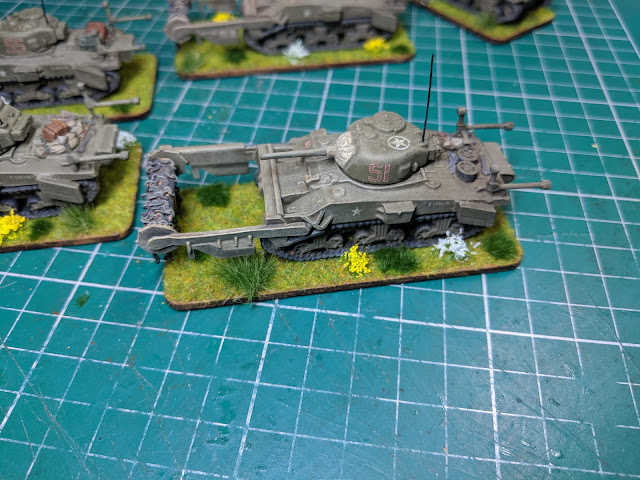 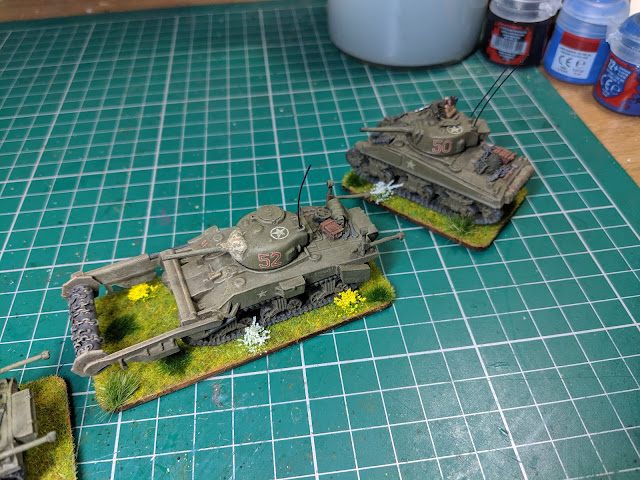 Markings are for the 22nd Dragoons, although I think the turret numbers were a bit of a guess. I can't find anything substantial regarding the use of the numbers.

Dust effects have been applied over the front hull and tracks. Old vehicles were updated and brought to a similar standard, all the bases were updated. The canvas gun mantlet was added by me. Chain are from cheap costume jewellery. Fishing line aerials. 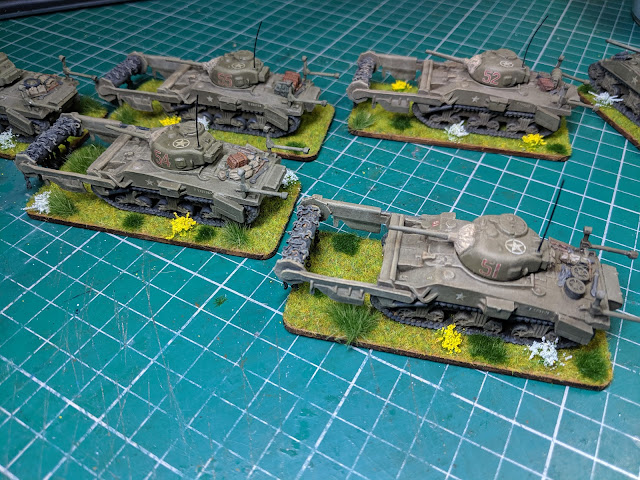 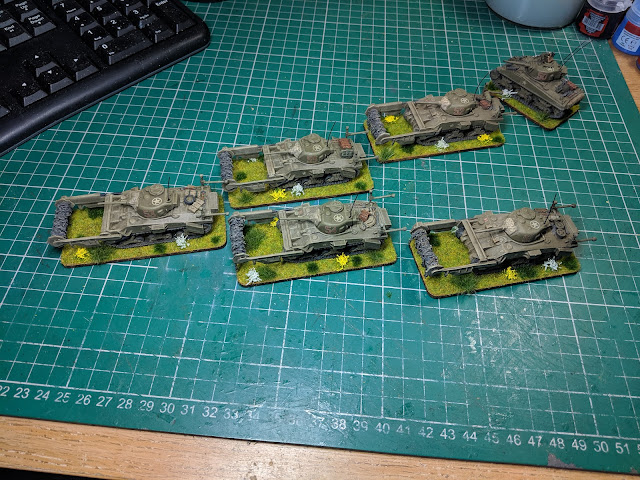 So five flails done, which will help with our large scenario games. The command tank I'm also not sure about, I think the structure of the squadron was several troops of 5 flails, with an HQ of three Shermans for each squadron.

Big thanks go to DaveD, who contributed to the upgraded troop!
Posted by James MacCraggs at 00:47:00