As part of my 51st Highland Division force for Operation Totalise I've been putting together a 'Breaching Group' from the D-Day Flames of War book. The Breaching Group represents the support of the 79th Armoured Divisions 'Funnies'. As such I've got a couple of Sherman Crab Flail tanks, some Churchill AVsRE (still to be painted) and the final missing piece of the puzzle was a D7 Armoured Bulldozer.

The Bulldozer was an important part of this for me, as the 144RAC's history of the Operation specifically mentions the presence of one.

"Major Lovibond had gone on a good way towards the objective, accompanied only by a very gallant bulldozer who had been told to follow the tank in front and was faithfully carrying out his orders."

Unfortunately while Battlefront have included the option for taking a Bulldozer in the unit, the only model they have produced for one is in the Engineer Support Platoon (UBX37) - which is an American box set and retails for about £17.99 - the other contents of which are useless to me.

Thankfully Skytrex produce a model of a D7 Armoured Bulldozer in British service: 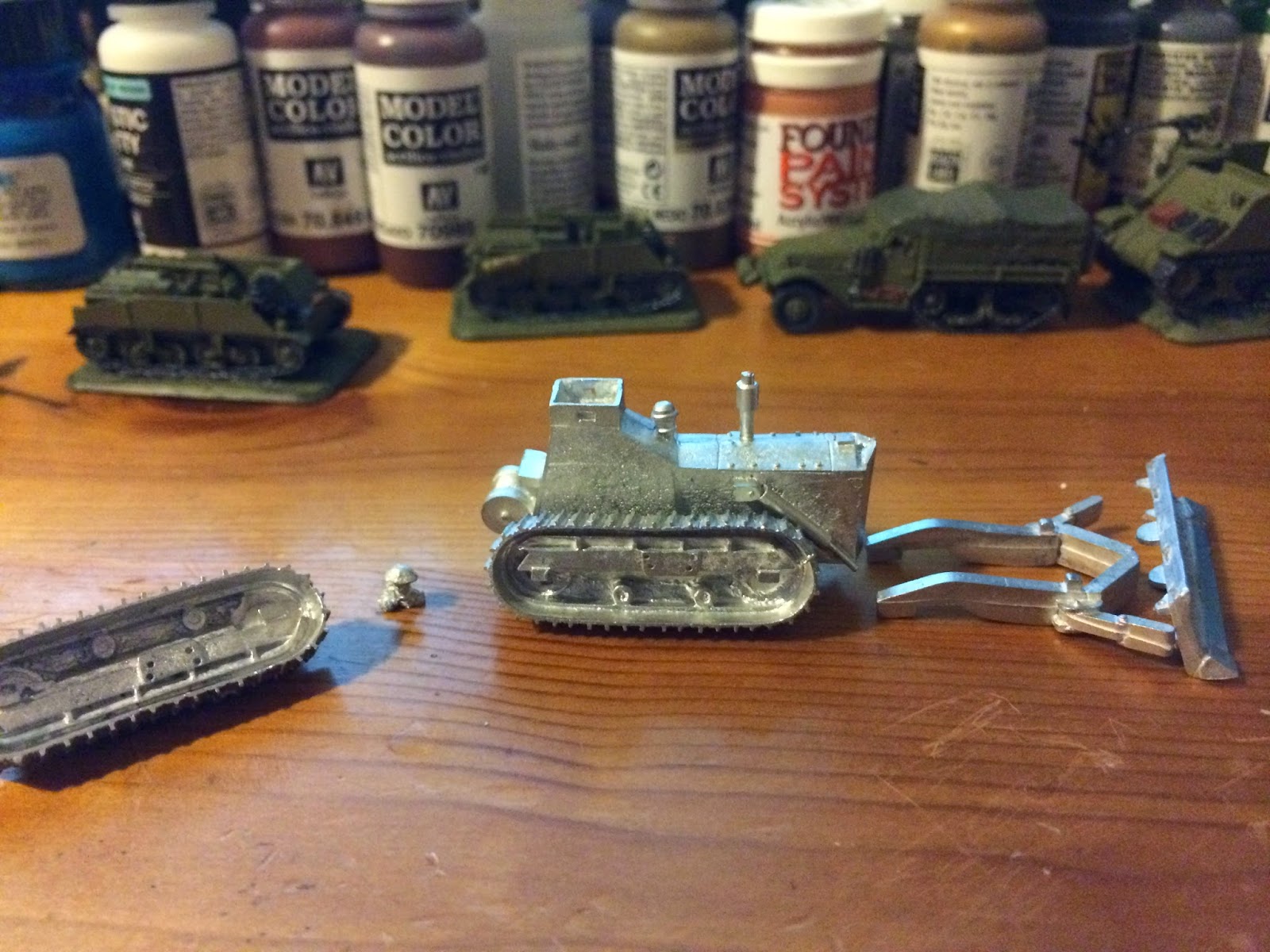 This models not properly cleaned or anything - I've just put the parts in roughly the right places. It's a nice beefy model. I'm looking forward to getting it cleaned up and ready to paint... once I've caught up with everything else!

I also ordered a pack of Skytrex's Humber Scout Cars. These are vehicles that are not included in the D-day books, but I know that the armoured regiments in the Independent Armoured Brigades had 11 of these for use in their laison unit. These were used for running messages between the squadrons in the regiment and other units. Quite a few of the pictures of 144RAC include some of the Humber Scout Cars, so I figured I would pick up a couple. They would also be useful for playing Battlegroup Overlord. 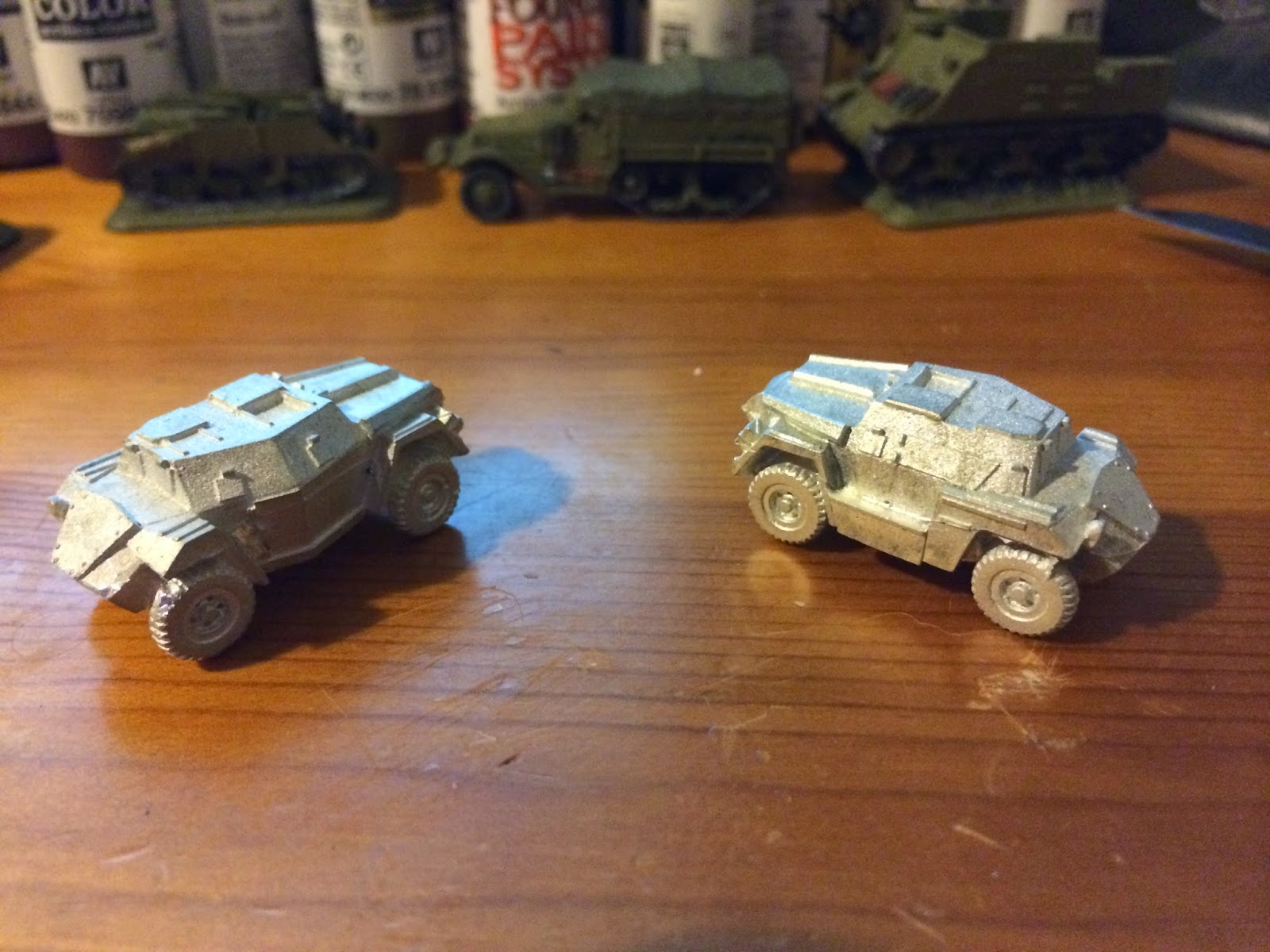 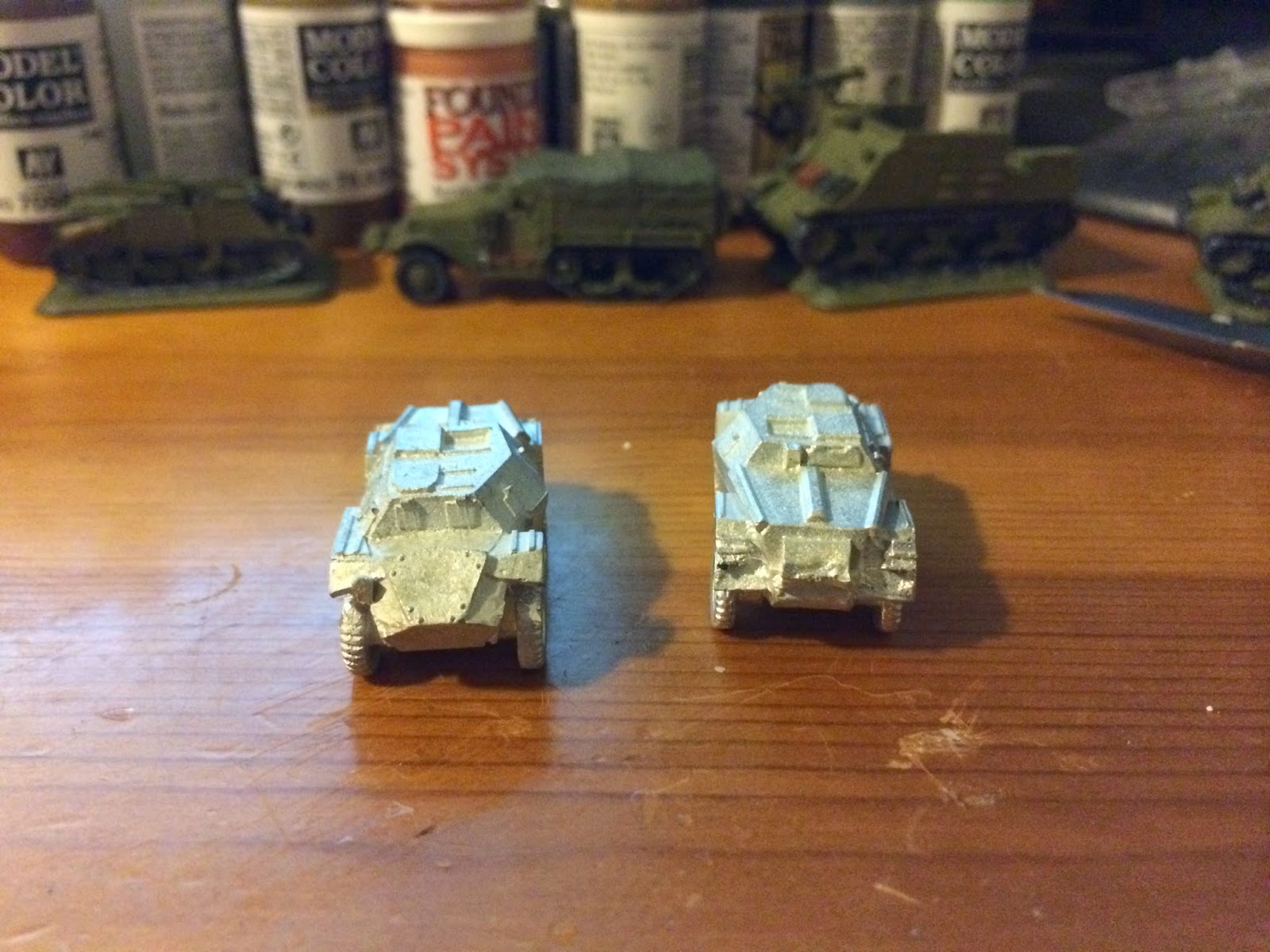 Lastly, I managed to get the decals I needed for the halftrack (British Red Cross markings) and another pack of their wooden crates for vehicle stowage. Of all the stowage options I picked up previously the crates are the ones I used the quickest. 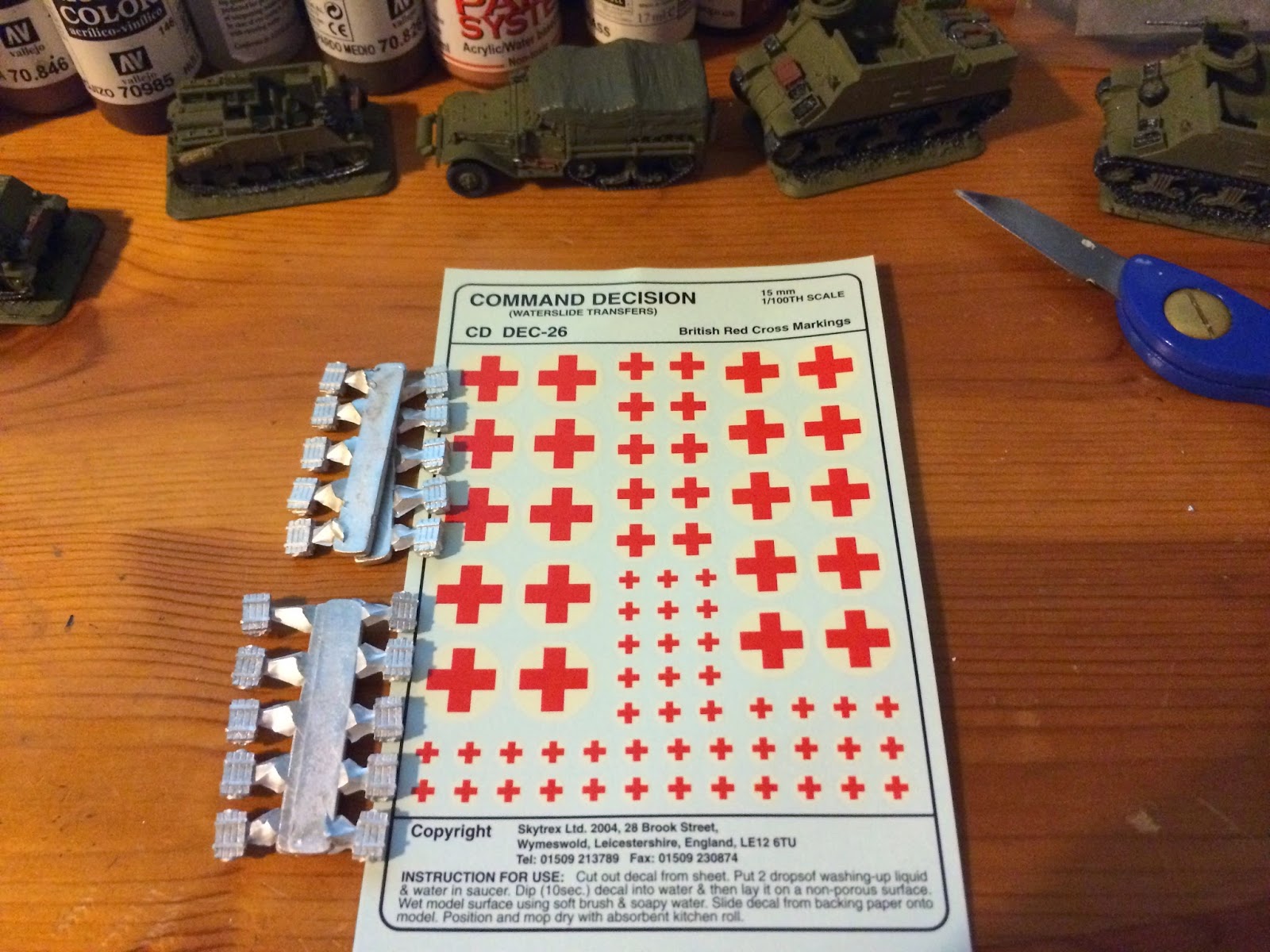 Now if only someone would do a bloody 15mm British dispatch rider!!!
Posted by James MacCraggs at 22:48:00