Just wrapping up some of the units I painted for the Utah beach game. I've a load of German HMG42 teams to still complete, but in the mean time I've some anti-tank assets to display.

First up, a small unit of three Pak36 anti-tank guns. These are 3.7cm guns nicknamed 'door knockers' by the Germans. Obsolete by Normandy - they will struggle to take out a Sherman versus even side armour unless at very short range. At almost point blank range they can use a alternative ammunition round with a AT rating of 12. Other than that you had better hope for flank shots or use them versus lightly armoured units like carriers or halftracks.

I know that some of these guns were still in use by second line formations, and thought that from a scenario game perspective a few of these guns would be useful. 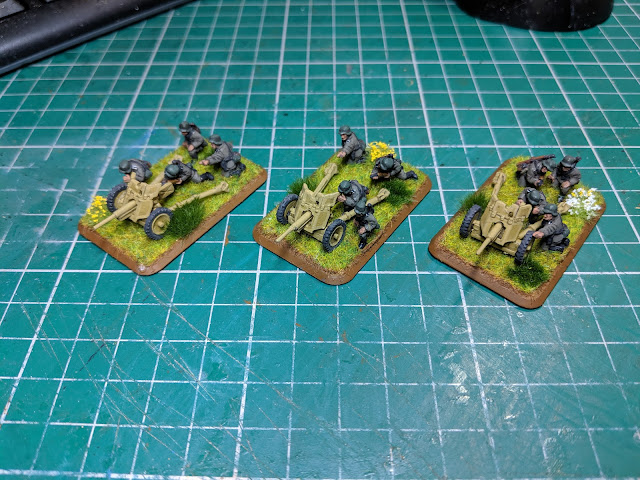 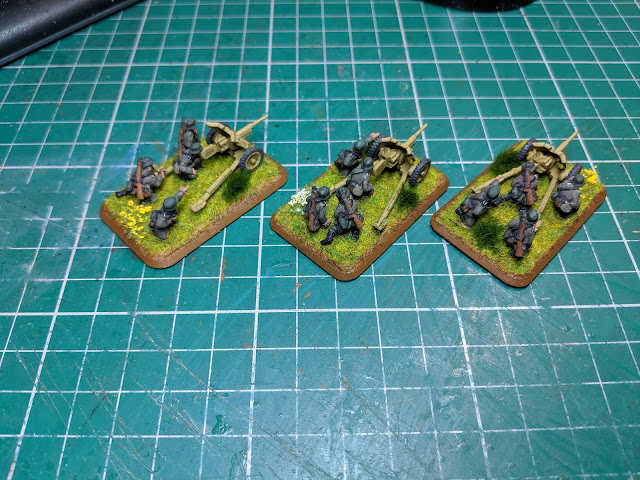 They are properly dinky compared to even the Pak38's (the 5cm guns). A 4 man crew makes them a bit of a squeeze on a medium base, but they will do! Annoyingly, I have enough parts to make 5 and a half of these guns. A full unit would be 6, but I am missing the gun trail (same part as for the Nebelwerfer) on one of the models. Meaning I have only 5 full guns. I'm still in a quandary over whether to spend a silly amount of money getting just one more complete gun!

Whilst also looking at useful 'scenario units', I had wanted to do some 'ambush' team markers for those terror's of allied tankers in confined terrain - Panzerfaust and Panzershrek teams. Specifically, small two men teams.

This might be even more useful as it appears that in the late war v4 books, the Panzershreks will be small two men teams attached to platoons - much like the Bazooka's, rather than a medium base with two teams as per v3. 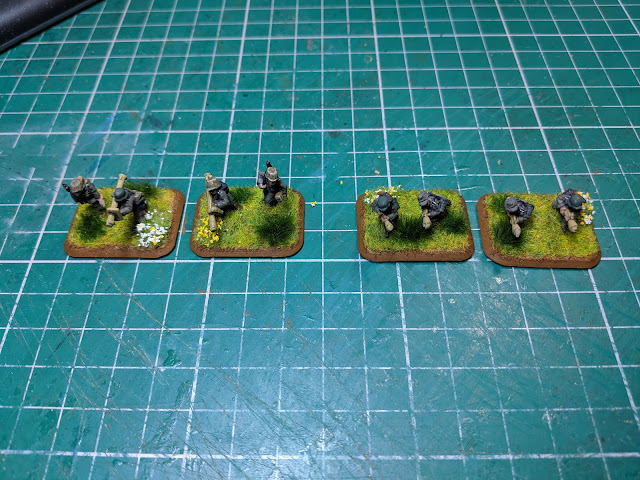 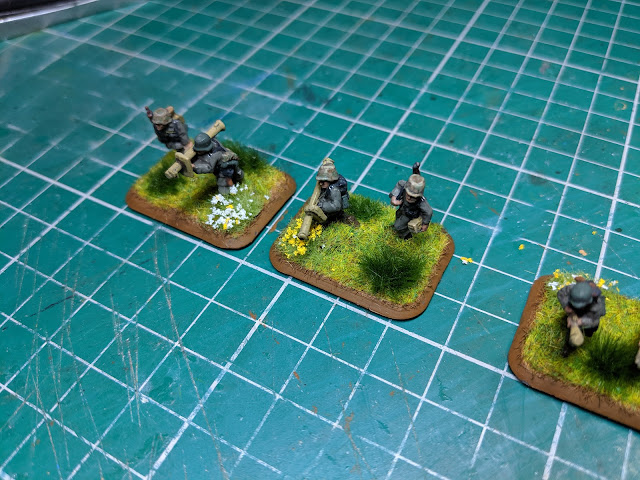 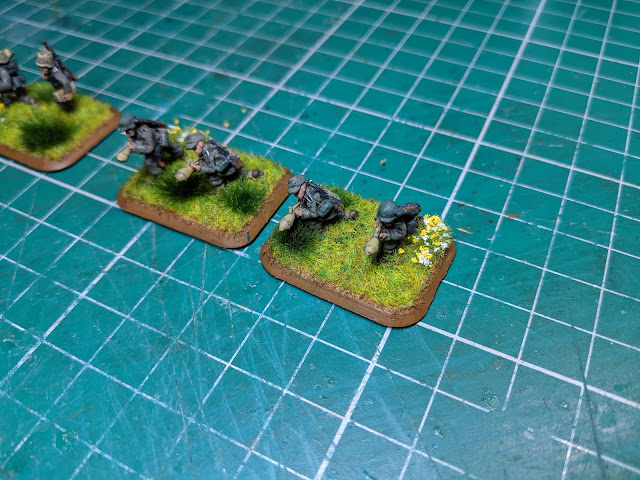 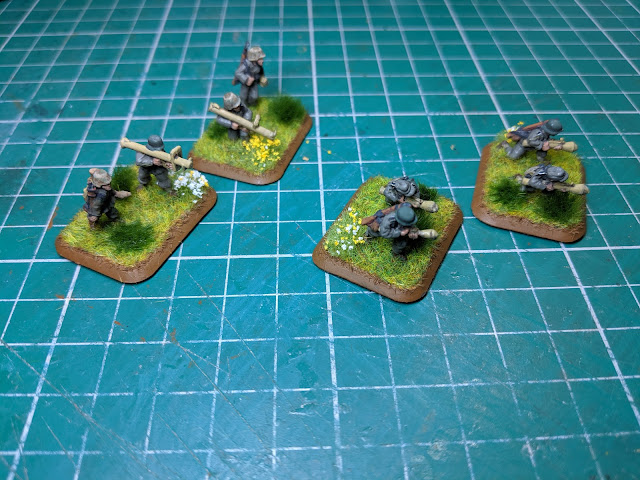 Nothing too fancy about these guys - just more useful additions to the types of game we play. I seem to have a huge number of spares for these guys as well, so using some in this way wasn't too much of an issue. Popping a base of these down in a hedgerow somewhere should give Allied players a shock!

Currently, I've 8 HMG42 teams to complete - which seems a silly amount, but in the scenario games we play these guns form a key part of German defences, as they do in many of the accounts from Normandy.

It is important to note that for German defenders we tend to have penny packets rather than full platoons. So we would be unlikely to have a platoon of 4 HMG's defending an objective (although that might happen, depending on the objective!), but rather some grenadier teams, a couple of HMG's and a Pak or two attached. Effectively forming a full platoon for morale purposes, but made of various units. It's not quite what you would find in the rules, but works for us. We also do not to play competitively, rather running umpired scenarios - so the break from the standard rules works fine.
Posted by James MacCraggs at 21:43:00