I had planned to post a review of Colours of War - the Flames of War painting guide that came out recently. I'd even started a draft last night, but decided to go with my BFG post.

Anyway, in preparation for the 2nd 6MMRPC I have been trying to build a few models every night from the pile I cleaned up recently. Last night I put together my M10C's and last Stuart III. I also began working on something I have been pottering about with for months. 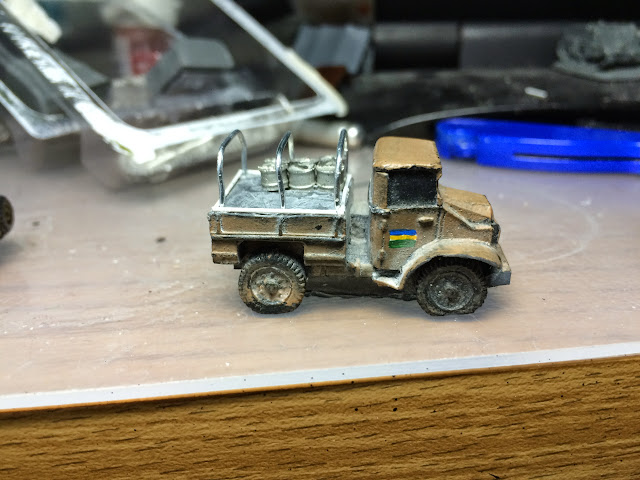 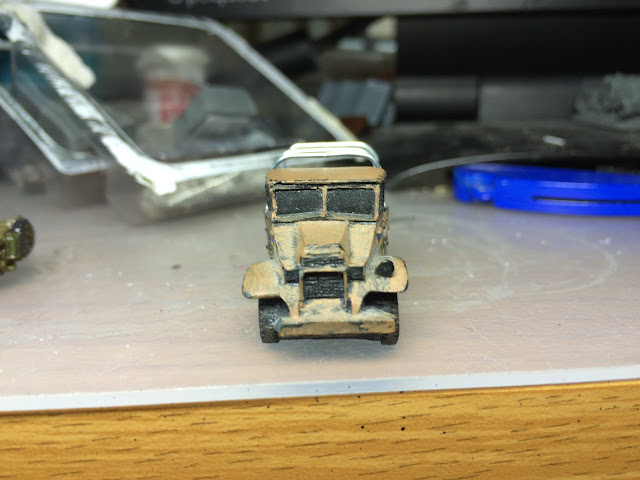 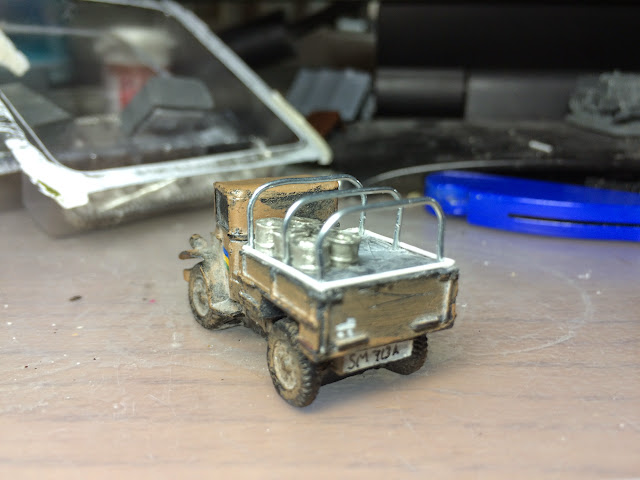 This model was a 'spare' I acquired and had cut the base and the rear of the truck off. Which in itself was a lot of work. I then cut a few spare barrels I had in half - I've an idea for some jerry cans and some crates to fill up the space. Last night I grabbed some paperclips and with a bit of work managed to get them all into a similar shape.

I drilled some holes in the rear of the truck to hold the frame, and plan to glue these things in once the rest of the truck is detailed. I think it looked pretty smart (thought A thinks I am mad!).

The plan is to base it up on a bigger base than it came on (which should cover some of the damage on the wheels) and perhaps try to re-purpose some of the infantry figures I have to go with it. That's the plan, anyway!
Posted by James MacCraggs at 16:43:00