"Huzzah" I hear all regular readers of my rambling blog cheer.

"Thank f*ck those as done" I think to myself!

This unit has been a bit of a slog. Originally picked as I thought it would be a quick platoon to finish I rapidly found myself disliking the sculpts and struggling to make progress against my own apathy. Thankfully some support from the blogging community spurred me on to finish these off.


Now they are done, perversely, I kinda like them. Although I think the bases could be doing with more detail (spend brass, ammo crates, etc). Those may come later. 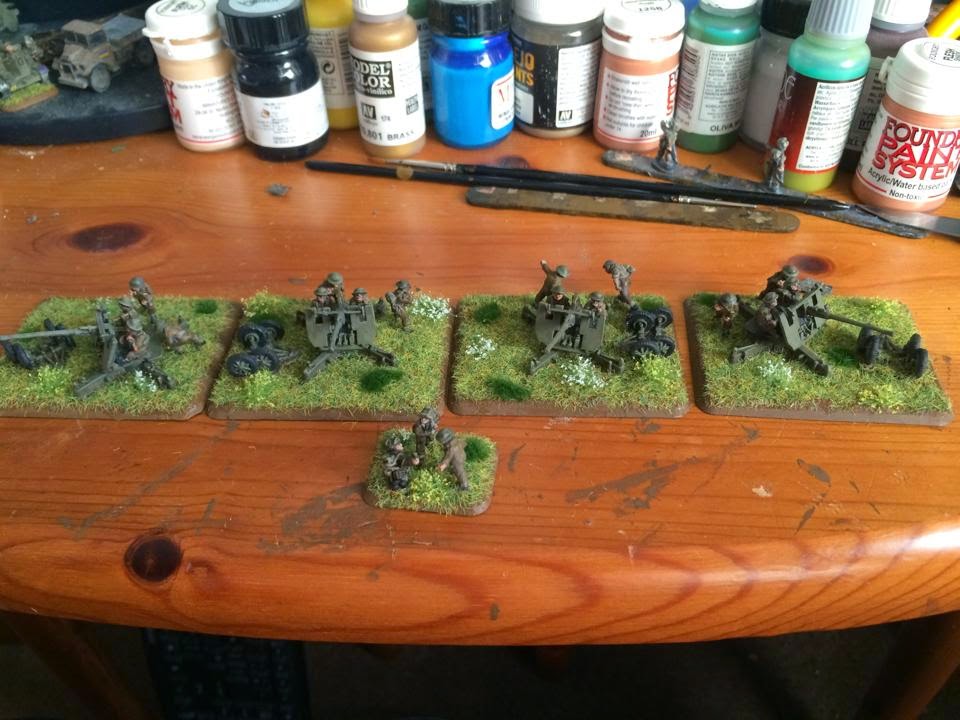 Missing at this stage is the final 2 guns of the battery and transport. These guys are representing 40th Light AA Regiment, Royal Artillery - As usual, part of the 51st Highland Division. I am tempted to get the last two guns as the self propelled versions (BR182) - mainly because I like them and it saves me having to work on the Forged in Battle mini's again - as I wouldn't like to mix  the Battlefront ones into this platoon. But it would also give me some different models and would be nice for Battlegroup Overlord. 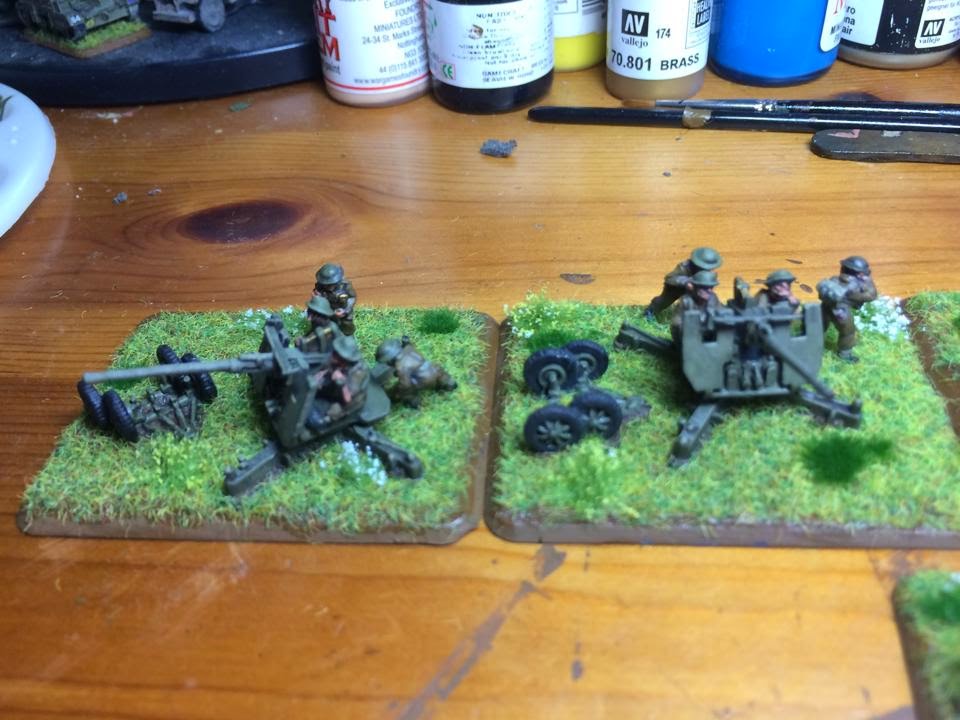 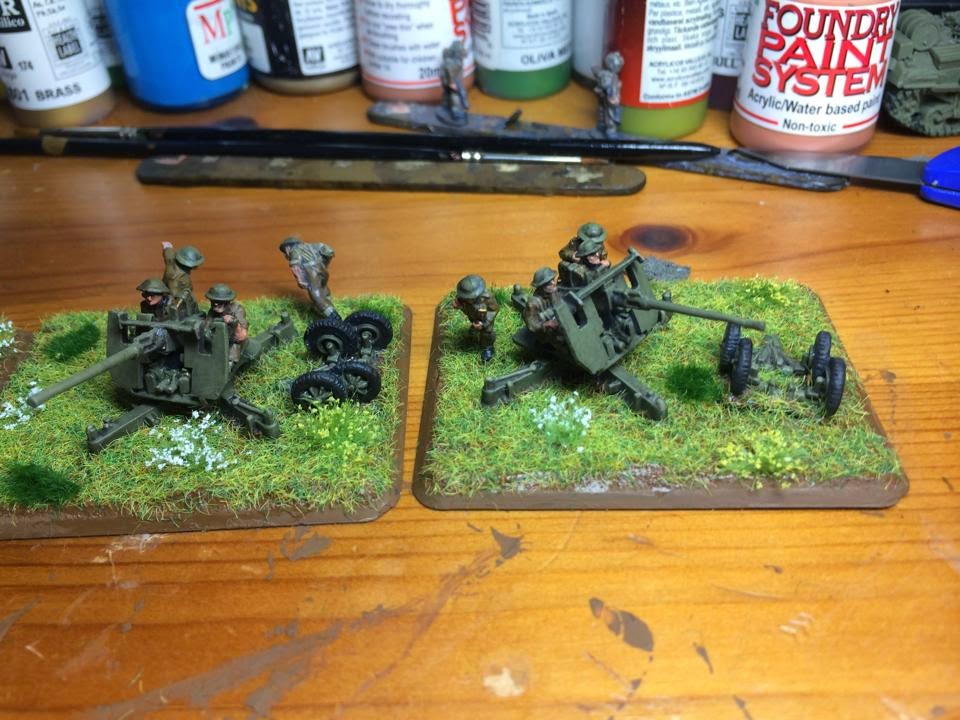 Guns were painted standard Russian Uniform Green (Vallejo Model Color 70.924). Wheels/tyres were just black with a Vallejo Panzer Aces Dark Rubber (306) highlight. Crew were standard Vallejo Model Color English Uniform (70.921) with Vallejo Model Color Khaki webbing  and gaiters (70.988), black boots and well... flesh coloured flesh. Helmets are Russian Uniform Green. Highlights on the crew are mainly shades of English Uniform and Khaki. Khaki was also used to highlight the guns. A coat of Dark tone Army Painter was put on before the highlights, and a matt coat of varnish after the highlights. 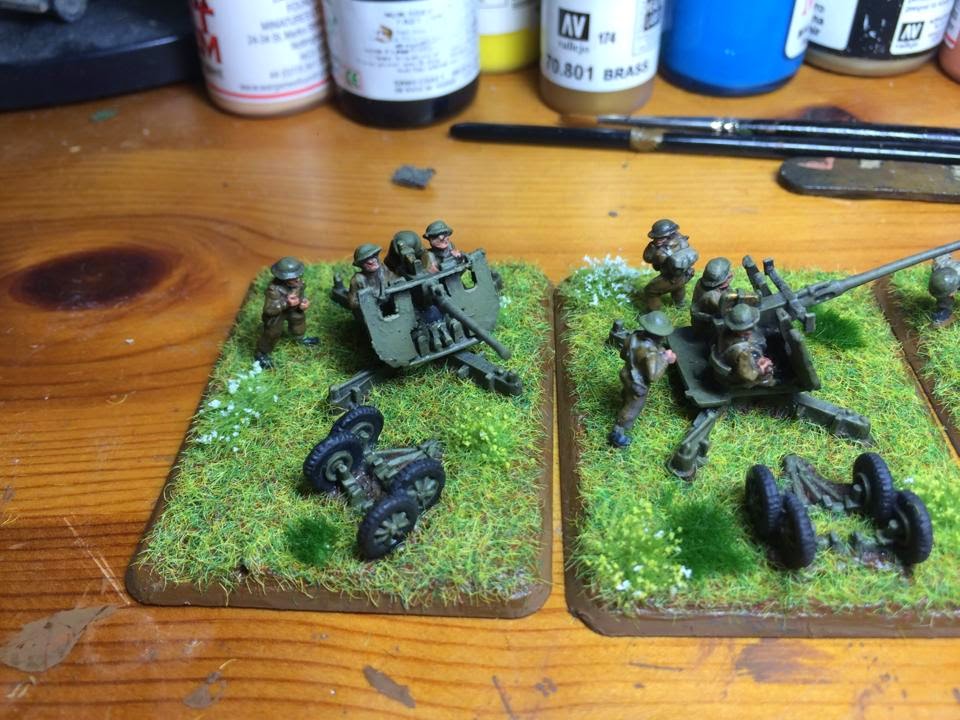 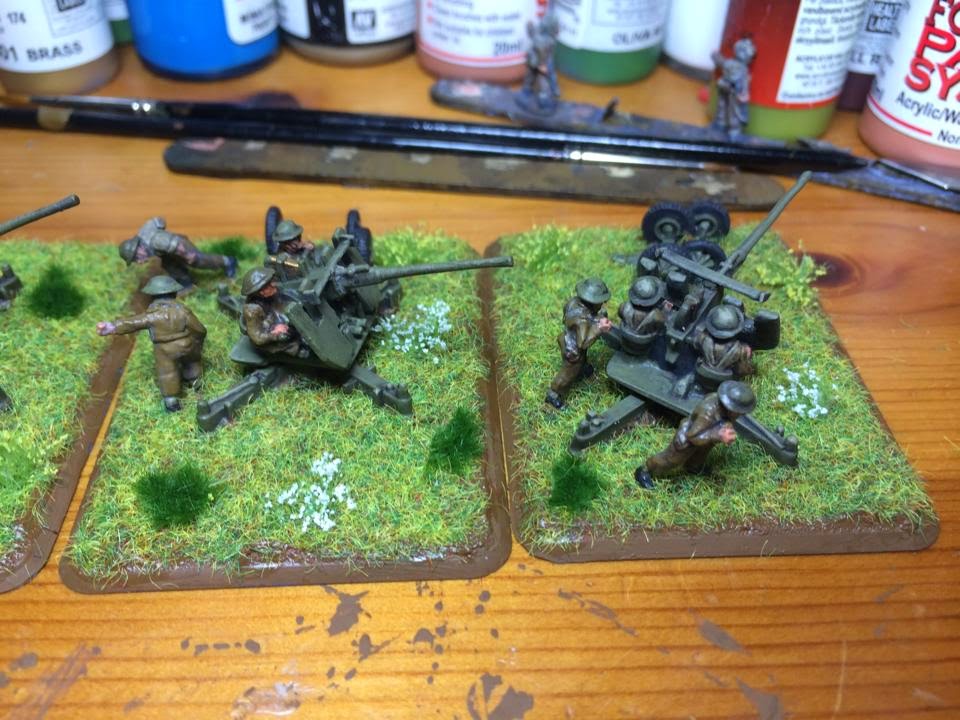 One of the things I am glad I did with these models was to add my own gunsights. The Forged in Battle minis had no gunsight included and I felt the model really needed one. They are very prominent on this gun and the Battlefront model does include them.

The crew poses are a bit strange - they could have really done with people with binoculars and some different ammo carrying poses.

Still, as much as i have struggled with these guys they are decent models for the money. Scale wise they fit in well with Flames of War models to the extent I had no worries about mixing them on a command base. It's probably important to note that the Forged in Battle 40mm Bofors guns have no base included and models for command stands. There were a few spare crew mini's, but none that have any real command style. 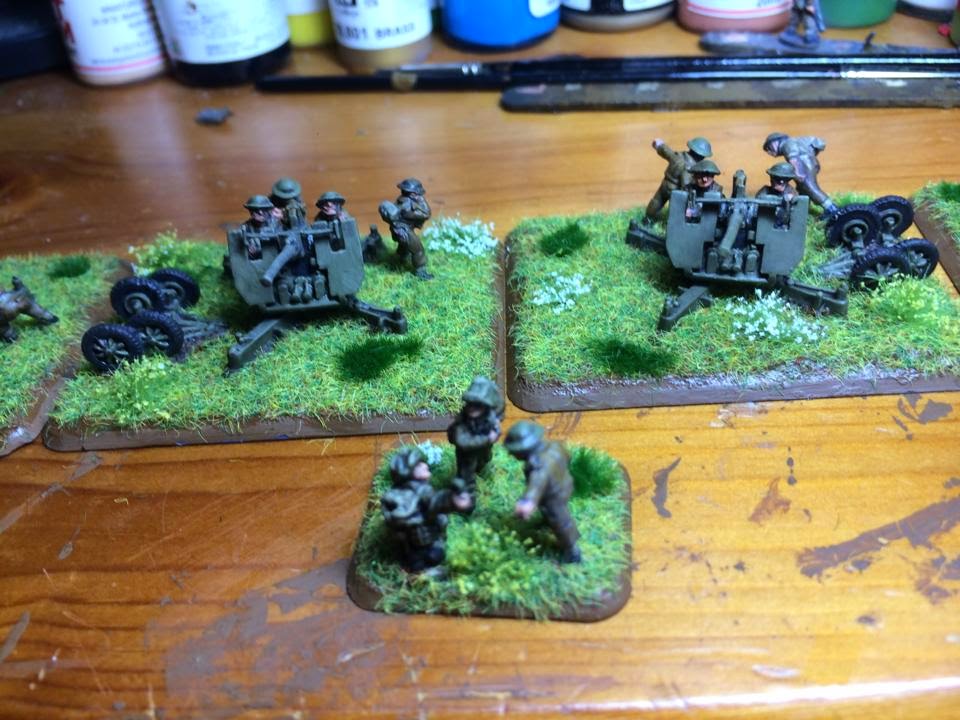 Once they were based up I was much less focused on the individual models and my annoyance at the one part gun shield/crew sculpt. But I do think the guns are a weak part of the model and I have broken one already. They are also a bugger to keep straight.

So that's it, another platoon down and time to move on. I'm going to try and pick something I want to paint this time... Certainly NOT the 4.2" Mortar platoon.