One of the things I wanted to do, to compliment my two little truck dioramas (shown previously) was make my artillery staff command team a bit different.

In Flames of war the artillery staff command team allows for a couple of special effects when using artillery on the table. Artillery actually on the table is a bit of a bugbear of mine. I accept I've read several accounts of 25pdr batteries being deployed in front of infantry positions prior to attacks, but generally I hold the belief that if your artillery is in sight something's already gone very wrong. I've had to bite back this belief in both 40k (previously I had a large imperial guard army) and in FoW. It would be wrong to not include the 25pdr - it was a common and well liked bit of kit. I mentioned before about tales of captured Germans asking to see the 'belt fed' artillery. Any WW2 account by British and Canadian infantry from the Normandy campaign talks about their relief and reliance on their divisions 25pdrs. Always on call, responding faster than any other nations artillery, laying huge amounts of fire to soften up German defences or break up German attacks and counter attacks. There are a couple of must reads for anyone interested in this - The Guns Of War is a great one to look up, covering the 2nd Canadian Divisions fighting in Normandy.

One story tells of how in training in the UK whenever the artillery (which was always riding in their quads and trucks) passed the infantry (who had to walk everywhere) there would be catcalls and jeers from the infantry. On this occasion in Normandy the gunners - with their knowledge of the horrors the infantry were facing having to advance under fire while suffering from dysentery, walking everywhere, living outdoors and the massive casualty rates (some infantry battalions suffering more than 200% losses) - passed a battalion of Canadian infantry lying exhausted by the side of a road waiting on orders to advance again. Expecting the usual jeers and catcalls, the gunners were reduced to tears by applause and calls of 'keep up the good work' from these men they respected above all others.

So how could I not include these guns in any British army I build?

Anyway, I made the decision to use a round base for my artillery command team, to make it stand out more. The team itself is static and relies on a truck for transport. 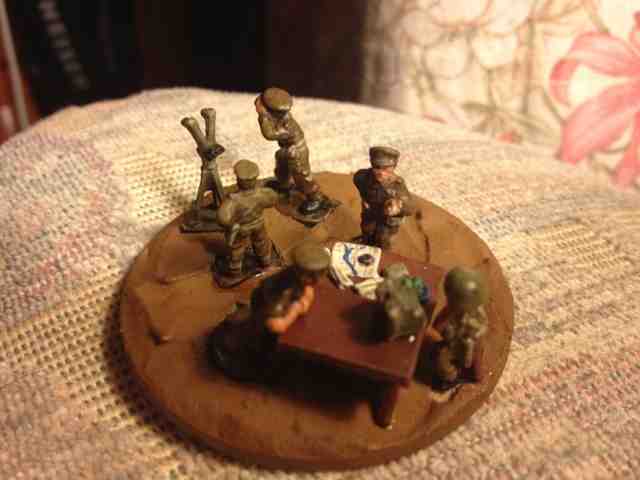 I used some 15mm accessories from Peter Pig, mainly the table with map, the chairs and the artillery ranging scope. I had included in the above pic one of Peter Pigs tea drinking figures. However I found the model looked very small compared to the Battlefront figures. I used the model instead on the tea drinking diorama. The final version was this: 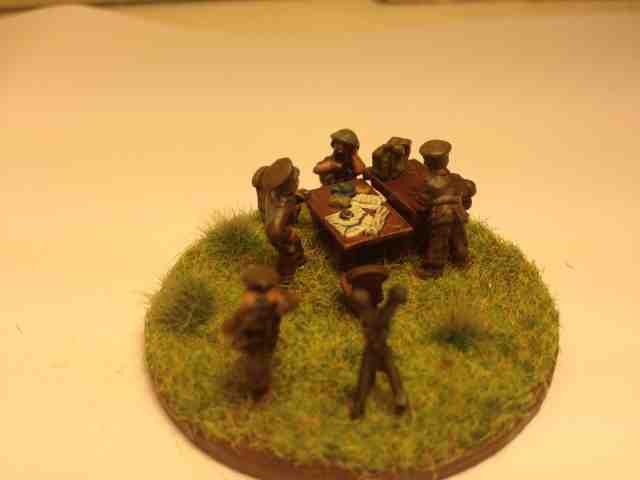 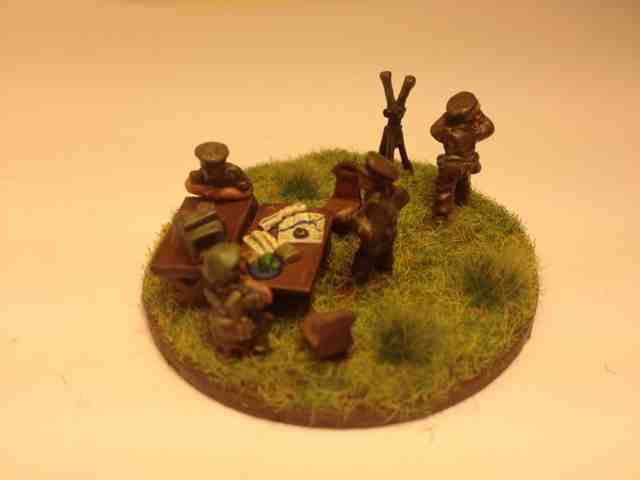 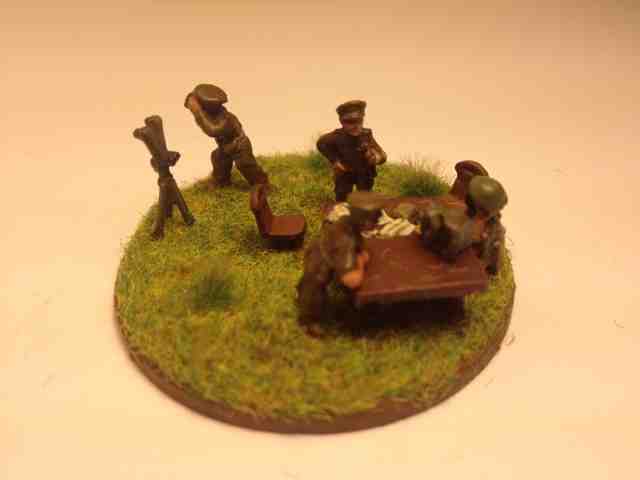 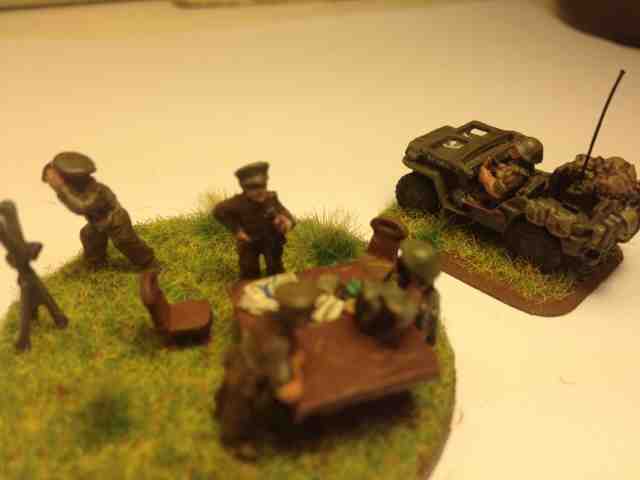 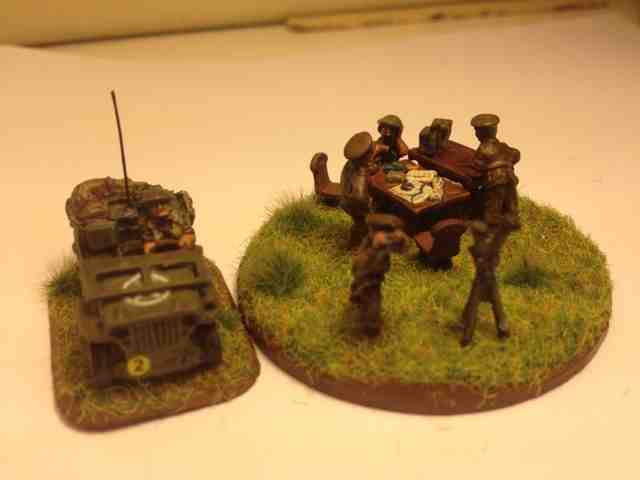 This base is paired up on the table with the two 15cwt trucks to make the artillery position nice and interesting.

Now if only someone made a 15mm British dispatch rider model!
Posted by James MacCraggs at 16:18:00