Hi folks,
Playing catch up on stuff I've finished and posted on the AHPC blog in the last two weeks.
As I've enough British infantry for Flames of War to make a whole infantry battalion, I decided I needed some models to act as a higher level commander and 2ic. I also had a vague idea about some sort of command post diorama.
While priming the various officer figures I had selected, one broke at the ankles. When I went looking for an alternative, I came across an old Battlefront resin command post model I had been gifted some time ago. I decided to make it look a big busier, add some clutter and make this into the CP model. I also completed a Battlefield3d Bedford MWR Radio Truck.

The battalion commander is on a medium sized FoW base, just to make him stand out. 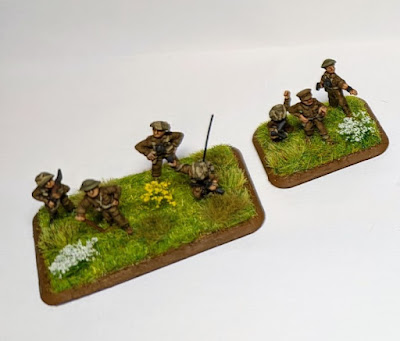 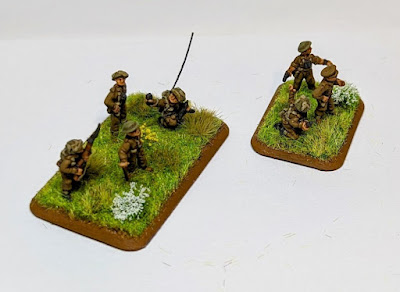 While the CP didn't need basing due to the nature of the model. 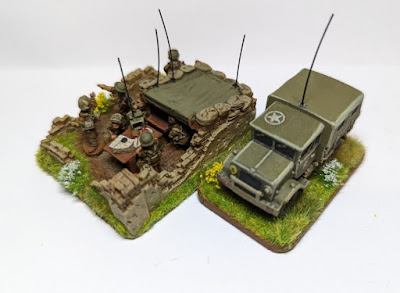 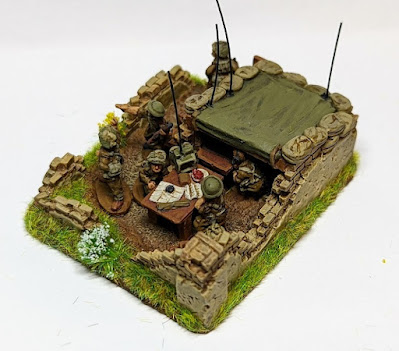 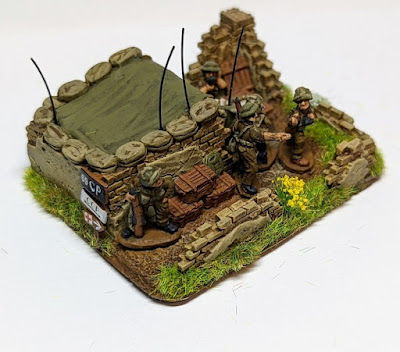 The CP model features a radio operator which was sculpted into the model, a peter pig table which came pre-detailed (I added a BF radio), a spare MMG ammo feed kneeling chap, a radio operator on a stool, an officer figure pointing and a runner 'arguing' (I think the runner figure is a rifleman from BF's old Commonwealth infantry set), as well as a 'guard' figure. I added bits of stowage from various sources, some radio aerials and a signpost (with decals for the unit and for a casualty clearing post).
The radio truck is marked up in the 51st Highland Division's signals regiment markings. 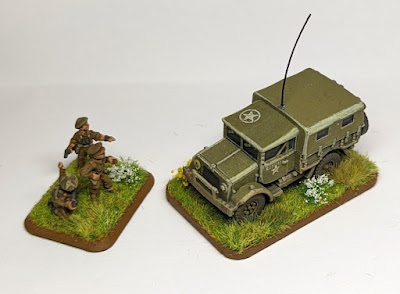 I think I've scratched my itch for tabletop representations of the command elements of the unit at this stage. I had thought it would be cool to have figures for the chaplain and medical officer, however I've nothing in the stash that would work for these, and it's tricky finding suitable 'non-combat' 15mm figures. Plus the medical officer is probably represented on the first aid post I painted years ago.