Not a huge amount to report hobby wise, I've completed the updating of the Germans and most of the British stuff.

With the Germans, I decided to go with the 60x40mm bases for the Panthers and Tigers after a little bit of indecision. Doesn't leave much room around the edges for tufts, but does reduce the storage space required, which was the point. I really wish someone did brass replacement barrels for 15mm vehicles, as it's only a matter of time before plastic Panther guns break. Some of these tanks also got a coat of ultra matt. 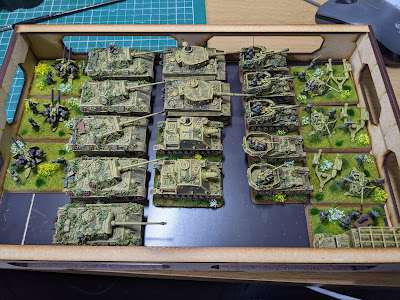 The 2nd last British tray included the towed 17-pdrs, half tracks and some spare tanks. The Churchill bridgelayer is a work in progress, I've got a smaller base than the one it was on prepped, still to complete. Spare Shermans and the Crusader AA tanks also got a coat of ultra matt varnish. 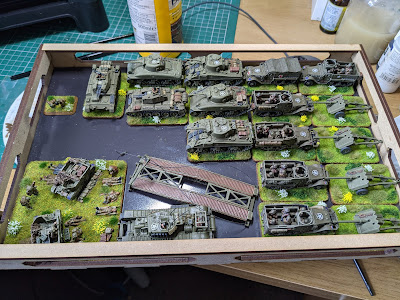 The re-based halftracks and towed guns look cool. The half tracks for this unit are due to be repurposed at some point in the future. They are currently marked up for the 51st Highland Division AT regiment, who used Quad tractors to tow their guns. I've some PSC Quads to build for them, and the half tracks will be switched to being 4th Canadian Armoured Division troop carriers for a mechanised infantry company. 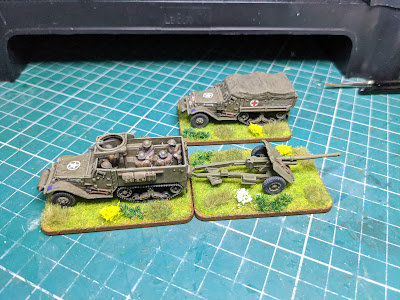 I'm now onto the final tray, which is the Shermans from my grandfathers unit. I've saved this to last as I plan to do upgrade more than just the bases.

Currently, I'm switching metal or old plastic 17-pdr guns with more in scale models from the most recent plastic Sherman V kit. You can see below the size differences (two replacement barrels on the left): 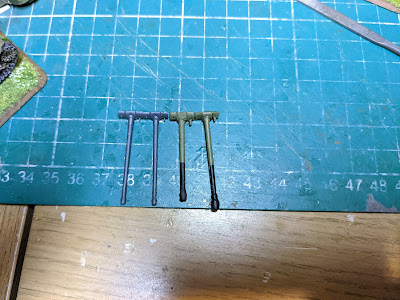 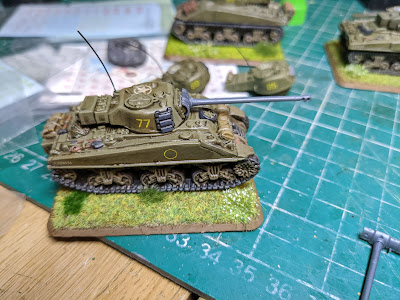 Other work on this squadron includes adding the circle decal to 5 hulls, replacing turret number decals on 4 turrets and repainting 4 Firefly gun barrels which have been replaced. Then a ultra matt varnish over everything and new bases. I have considered re-highlighting, but I think I'll just leave these as is.

Hopefully, another few weeks and I'll be done and on to something else!